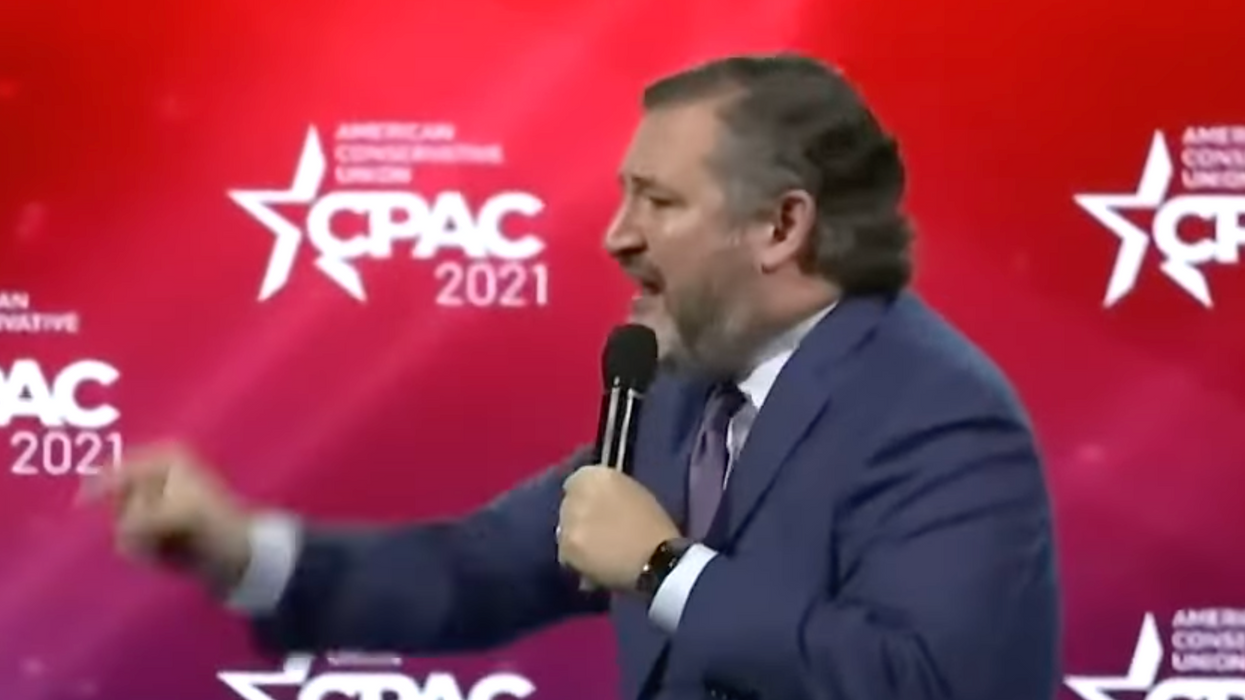 U.S. Senator Ted Cruz (R-TX), fresh from near-universal condemnation over his Cancun vacation during the Lone Star State's ice and snow storms, power outages, and water shortage, spoke at CPAC Friday morning in an apparent effort to win back some of his lost approval rating.

He screamed for nearly a minute.

"These are dark days and the media tells us this is the new Galactic Empire forever and 1000 years, but already Joe Biden and the radicals in his administration they are already overshooting, they are already going too far, their policies don't work, they are disasters, they are bad, they are destroying jobs, they are stripping our freedom," Cruz said, screaming out unsubstantiated falsehoods.

"There is a natural pendulum to politics and the country will come back to sanity and mark my words, 2022 is going to be a fantastic election year, and so is 2024, as we stand together and defend liberty, defend the Constitution, defend the Bill of Rights of every American. In the immortal words of William Wallace, 'Freedom!'" he screamed.