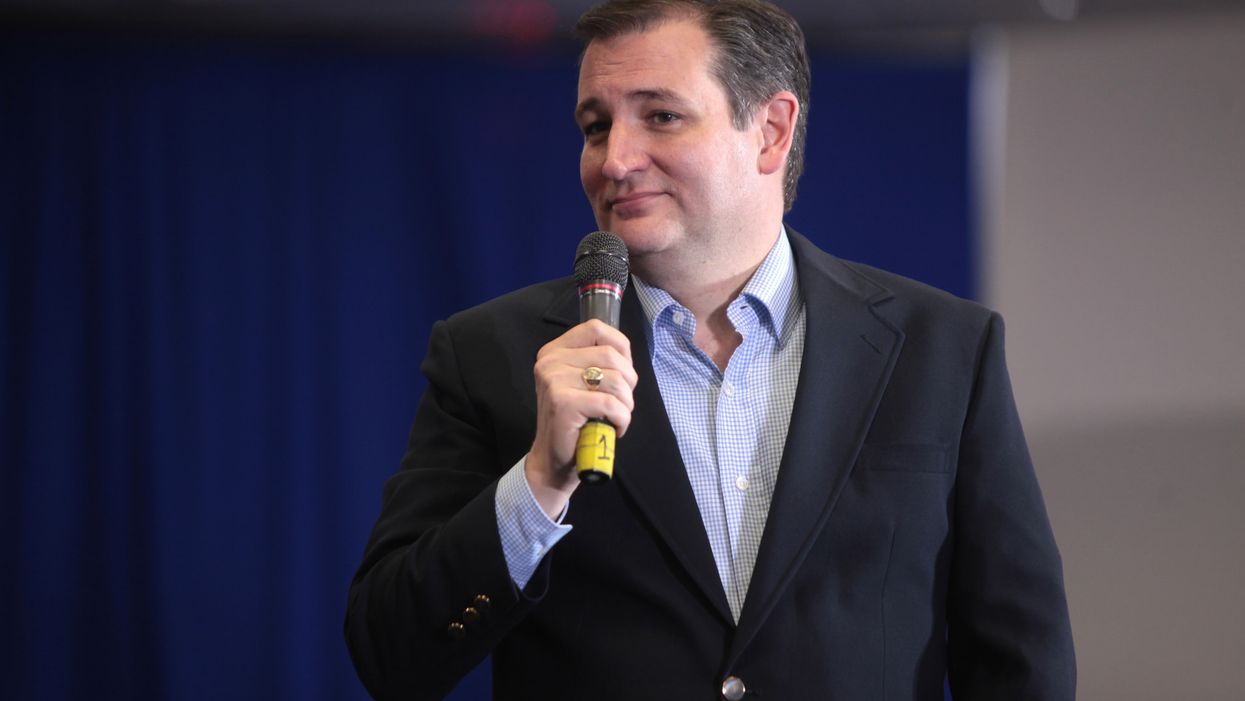 Ted Cruz Can't Bring Himself to Fully Condemn a White Supremacist in His Own Party
Bob Brigham
and
Raw Story
February 21, 2021

Saturday Night Live imagined Ted Cruz appearing on an apology TV show named "Whoops, You Did it Again" that was hosted by Britney Spears.

"Hola, everyone," Cruz said, with a boat drink in one hand and a carry-on bag in the other while wearing a T-shirt reading "Cancun family vacation 2021."

"Now I'm in a little bit of hot water, which I'm told nobody in Texas has," Cruz said of his trip to Cancun, admitting he's "bad at human stuff."

"So you understand why people are calling you a coward?" Spears asked.

"Yeah, coward was actually the nicest word I heard. But let me ask you this, would a coward have the cajones to blame his actions on his young daughters?"" Cruz asked.

"You blamed your daughters?" Spears asked.

"They love Cancun, there's so much for kids to do. The topless beach, shots at Senior Frog's, swimming with sick dolphins -- they love it," Cruz said.

"As someone who was often blamed for other people's problems at a young age, maybe leave your daughters out of it because it really mess up with their heads," Spears said.

The two were then joined by New York Gov. Andrew Cuomo.