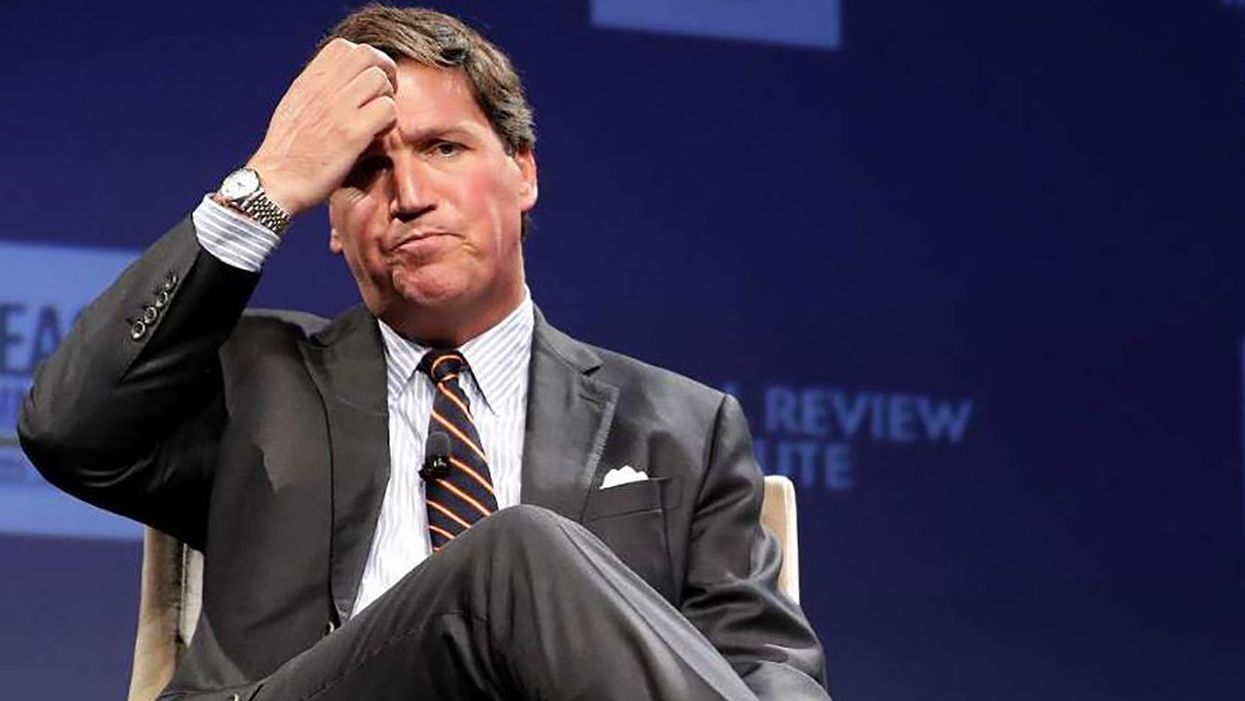 Following his decisive loss to Joe Biden last November, Donald Trump orchestrated a brazenly dishonest and dangerous campaign to stir the passions of his cult disciples. He sought to persuade them that the presidential election was stolen from him, that he won in a landslide, and that the rigged election was aided abetted by corrupt media and voting technology firms.

Of course, none of those allegations were supported by evidence or reality. Trump's efforts to malign the press, Democrats, and even Republicans who declined to embrace his lies, grew more intense as he repeatedly lost cases in court after court challenging the election results. He turned a common electoral defeat into a humiliating spectacle. And in the process, his accomplices found themselves in legal peril of their own.

The voting technology company Smartmatic has now filed a lawsuit against the proponents of Trump's election fraud fictions. They include Fox News, Lou Dobbs, Maria Bartiromo, Jeanine Pirro, and Trump attorneys Rudy Giuliani and Sidney Powell. The introduction to the lawsuit reads like a captivating tale of political intrigue and depravity that rivals any great work of literature. So without further ado, here is that intro unabridged:

1. The Earth is round. Two plus two equals four. Joe Biden and Kamala Harris won the 2020 election for President and Vice President of the United States. The election was not stolen, rigged, or fixed. These are facts. They are demonstrable and irrefutable. 2. Defendants have always known these facts. They knew Joe Biden and Kamala Harris won the 2020 U.S. election. They knew the election was not stolen. They knew the election was not rigged or fixed. They knew these truths just as they knew the Earth is round and two plus two equals four.
3. Defendants did not want Joe Biden and Kamala Harris to win the election. They wanted President Donald Trump and Vice President Michael Pence to win re-election. Defendants were disappointed. But they also saw an opportunity to capitalize on President Trump's popularity by inventing a story. Defendants decided to tell people that the election was stolen from President Trump and Vice President Pence.
4. Defendants had an obvious problem with their story. They needed a villain. They needed someone to blame. They needed someone whom they could get others to hate. A story of good versus evil, the type that would incite an angry mob, only works if the storyteller provides the audience with someone who personifies evil.
5. Without any true villain, Defendants invented one. Defendants decided to make Smartmatic the villain in their story. Smartmatic is an election technology and software company. It was incorporated in Delaware and its U.S. operations are headquartered in Florida. In the 2020 U.S. election, Smartmatic provided election technology and software in Los Angeles County. Nowhere else. Smartmatic had a relatively small, non-controversial role in the 2020 U.S. election.
6. Those facts would not do for Defendants. So, the Defendants invented new ones. In their story, Smartmatic was a Venezuelan company under the control of corrupt dictators from socialist countries. In their story, Smartmatic's election technology and software were used in many of the states with close outcomes. And, in their story, Smartmatic was responsible for stealing the 2020 election by switching and altering votes to rig the election for Joe Biden and Kamala Harris.
7. Having invented their story, and created their villain, Defendants set about spreading the word. In November and December 2020, Fox News broadcasted thirteen (13) reports stating and implying that Smartmatic had stolen the 2020 U.S. election. They repeated the story in articles and social media postings. Night after night, publication after publication, Fox News reached out to its millions of viewers and readers around the world with a story: Joe Biden and Kamala Harris did not win the 2020 election; Smartmatic stole the election for them.
8. Defendants' story evolved over time as they claimed evidence had come to their attention supporting the story. The story came to consist of eight themes:
9. Defendants' story was a lie. All of it. And they knew it. But, it was a story that sold. Millions of individuals who saw and read Defendants' reports believed them to be true. Smartmatic and its officers began to receive hate mail and death threats. Smartmatic's clients and potential clients began to panic. The company's reputation for providing transparent, auditable, and secure election technology and software was irreparably harmed. Overnight, Smartmatic went from an under-the-radar election technology and software company with a track record of success to the villain in Defendants' disinformation campaign.
10. Smartmatic's loss was Defendants' gain. Fox News used the story to preserve its grip on viewers and readers and curry favors with the outgoing administration – one of their anchors was even able to get a pardon for her ex-husband. Ms. Powell used the story to raise money and enrich herself. Mr. Giuliani used the story to guarantee himself a flow of funds from the sitting President and to sell products. Defendants knew the story could not change the outcome of the election. It could, and did, make them money.
11. The story, of course, did more than just make Defendants' money and jeopardize Smartmatic's survival. The story undermined people's belief in democracy. The story turned neighbor against neighbor. The story led a mob to attack the U.S. Capitol. Defendants started a fire for selfish and financial reasons and they cared not the damage their story caused to Smartmatic, its officers and employees, and the country.

That just about says it all. Fox News and the other defendants should be worried. The facts of the case are pretty airtight. And other defendants could be added as the litigation proceeds. Perhaps even Trump himself. Although he may also be busy untangling himself from his second impeachment trial where Democrats are asking that he testify under oath. And for Trump, that's perjury waiting to happen.