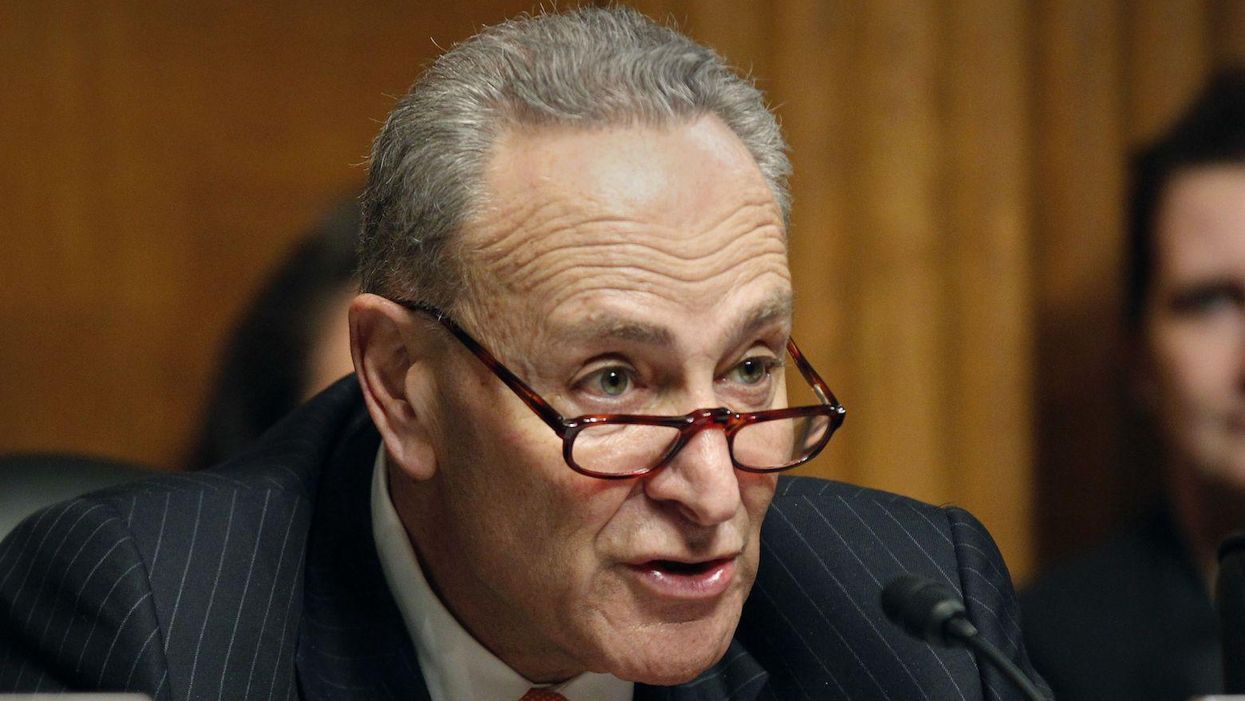 Astute politics observers well know that the Senate filibuster—the Jim Crow relic that requires supermajority support to pass most legislation—is a major obstacle for any hopes that Democrats have of enacting Joe Biden's agenda and righting the country after four years of wicked misrule. But because a handful of Democratic senators (as well as all Republicans) oppose curtailing the rule—for now, at least—party leaders are pursuing an alternative route that will allow them to bypass the filibuster and pass major bills with just a simple majority.

It's called reconciliation, and it's a complicated beast. If you've heard about it, you may have read that it can only be used in a limited fashion. But that's simply not so. Democrats can actually use the reconciliation process for almost anything, including an increase to the minimum wage, a current topic of contention. What's more, in contrast with filibuster reform, they don't need unanimity from their caucus to proceed. A mere 41 votes will do the trick.

Congressional experts usually say that the person who decides what can and can't be included in a reconciliation package is the Senate parliamentarian, an appointed official who advises the chamber on matters of procedure. The key word there, though, is "advises": The presiding officer—that person who occupies the big chair atop the central dais you've seen on C-SPAN, either the vice president or a sitting senator—is free to reject that advice.

So what happens if Kamala Harris (or, if you like, Jon Ossoff) does exactly that? A Republican could object, but in order to sustain that objection—that is to say, in order to override the presiding officer's decision to rebuff the parliamentarian—it would take 60 votes. In other words, all 50 Republicans would need 10 Democrats to join them. There's little chance that would happen.

And it's been done before, in the service of promoting majority rule in the Senate. The last occasion arose in 1975, when a bipartisan coalition, led by Minnesota Democrat Walter Mondale, sought to reduce the threshold for ending a filibuster from two-thirds to three-fifths. Vice President Nelson Rockefeller, a Republican, paved the way for the proposal to move forward by declining the parliamentarian's advice in order to allow a key vote that would buttress reformers' arguments. While pro-filibuster senators staged a revolt after the vote succeeded, the dispute ultimately ended with the filibuster requirement getting lowered to today's familiar 60-vote benchmark.

The same approach can be deployed when dealing with constraining guidance from the parliamentarian regarding reconciliation, and Democrats have no reason to fear doing so. While Republicans will inevitably complain, voters don't care about procedure—they care about results. That's especially so when we're talking about popular legislation like a $15 minimum wage, which poll after poll has shown Americans support in massive numbers.

Some have in fact already called for the Senate to take this tack. "You don't have to override the parliamentarian or get a new parliamentarian," noted one expert on Senate procedure, a likely reference to the occasion when then-Senate Majority Leader Trent Lott fired parliamentarian Bob Dove in 2001 after Republicans grew frustrated with him. "Under the statute, it is the vice president who rules. It is the presiding officer who makes the decision. The parliamentarian advises on that question."

That's precisely right, and it's precisely the approach Democrats should take. And when Republicans howl, Democrats need only point out that the expert who advocated for a robust use of reconciliation was none other than Texas Sen. Ted Cruz.