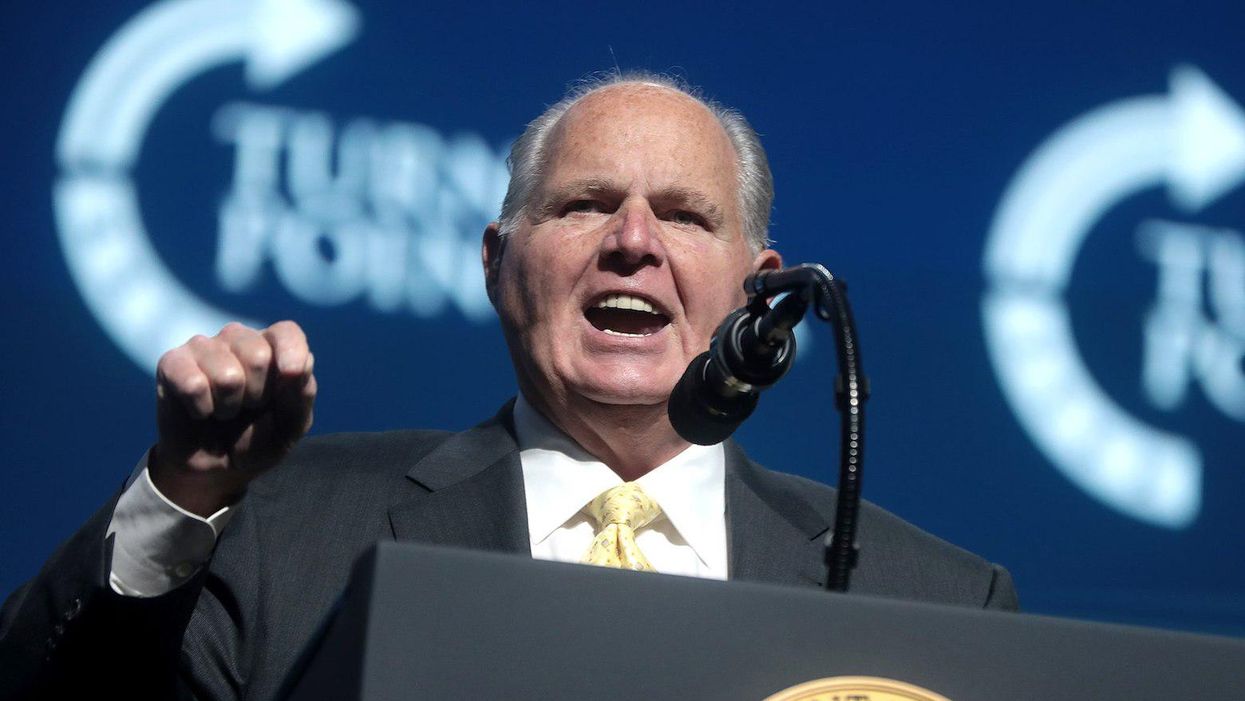 Unitarian Universalists like me try to remember every day, and put into practice every day, a set of seven principles. I'm telling you this, because the first principle has been on my mind since hearing news of the death of Rush Limbaugh, the right-wing broadcaster. Perhaps no one in the United States, not even Rupert Murdoch, the owner of Fox News, is more responsible for poisoning of the public mind, for the revival of fascist collectivism, the tolerance of cruelty and violence, the appetite for meanness, and the near-impossibility of solving social problems everyone faces in this country.

The first principle of Unitarian Universalism is "the inherent worth and dignity of every person." This isn't dogma. It's a commitment toward a more fully realized morality. Not a private morality, mind you, though that too is important. For Unitarian Universalists like me, morality arises from the bonds of human relations, so we really are indebted to each other even if it's simply seeing, recognizing and honoring our shared humanity. These seven principles, as I see it, are a modern revamp of the ancient pre-Christian creed of doing unto others as I would have done unto me.

The fourth principle of Unitarian Universalism is "a free and responsible search for truth and meaning." This is designed to be vague so as to apply to every unique person with unique histories and unique ways of understanding the world in which we all live. But as it applies to Rush Limbaugh, that principle takes on a ghastly specificity.

In the beginning of his career, Limbaugh operated in accordance with the "fairness doctrine," a federal rule requiring equal airtime for political opinions. The Ronald Reagan administration did away with that in 1987. Under the old order, Limbaugh had to be responsible. He had to keep up the public square. He had to take care of the truth. Under the new order, he was "liberated" from responsibility. And given this is Rush Limbaugh we're talking about, that meant going to the ends of the earth to make bigotry desirable, sadism acceptable, and most of all lie, lie, lie, lie, lie, lie and lie. In the process, he got very obscenely rich and spawned three generations of imitators.

He said, per the Times, that "advocates for the homeless were 'compassion fascists,' women who defended abortion rights were 'feminazis,' environmentalists were 'tree-hugging wackos.' He called global warming a hoax and cruelly ridiculed Michael J. Fox, imitating the tremors that were a symptom of the actor's Parkinson's disease." David Neiwert said: "He ran a segment saying he was going to show welfare recipients going about their day, then ran video of apes of various kinds playing and lazing about in a zoo." Chris Hayes said: He presented "a giddy celebration of the deaths of gay people with AIDS set to Dionne Warwick's 'I'll Never Love This Way Again.' (Get it?)" Mehdi Hasan said: He once "played the song 'Barack the Magic Negro' on his show."

Perhaps worst of all, Limbaugh had vast powers to spread lies faster and deeper into the American psyche than anyone else. His radio audience ran into the tens of millions, dwarfing those of all the shows on Fox. He alone could replace political reality with political fiction so embarking on "a free and responsible search for truth and meaning" could inspire one's assassination. Barack Obama was not a citizen. The probe into Donald Trump's ties to Russia was a hoax. The covid is no worse than the flu. Joe Biden stole the election. By the time lung cancer got him, Limbaugh's lies were still killing people long after he helped foment insurrection against the United States.

Naturally, Limbaugh's friends and allies are now reliving memories of the man they remember. But those memories are themselves a product of the Big Lie that the man spent a lifetime building—an "alternate-universe-on-the-air," according to the Times, in which "alternative facts," as Kellyanne Conway once said, are true. Joining the effort to remember him kindly would be in effect refusing to meet lies with facts, and refusing to meet lies with facts would be complicity in the lie. I won't do that as a journalist. I won't do that as a Unitarian Universalist. Honoring "the inherent worth and dignity of every person" calls for holding people responsible for their choices. Limbaugh never once faced accountability in life. Perhaps he will now in death.