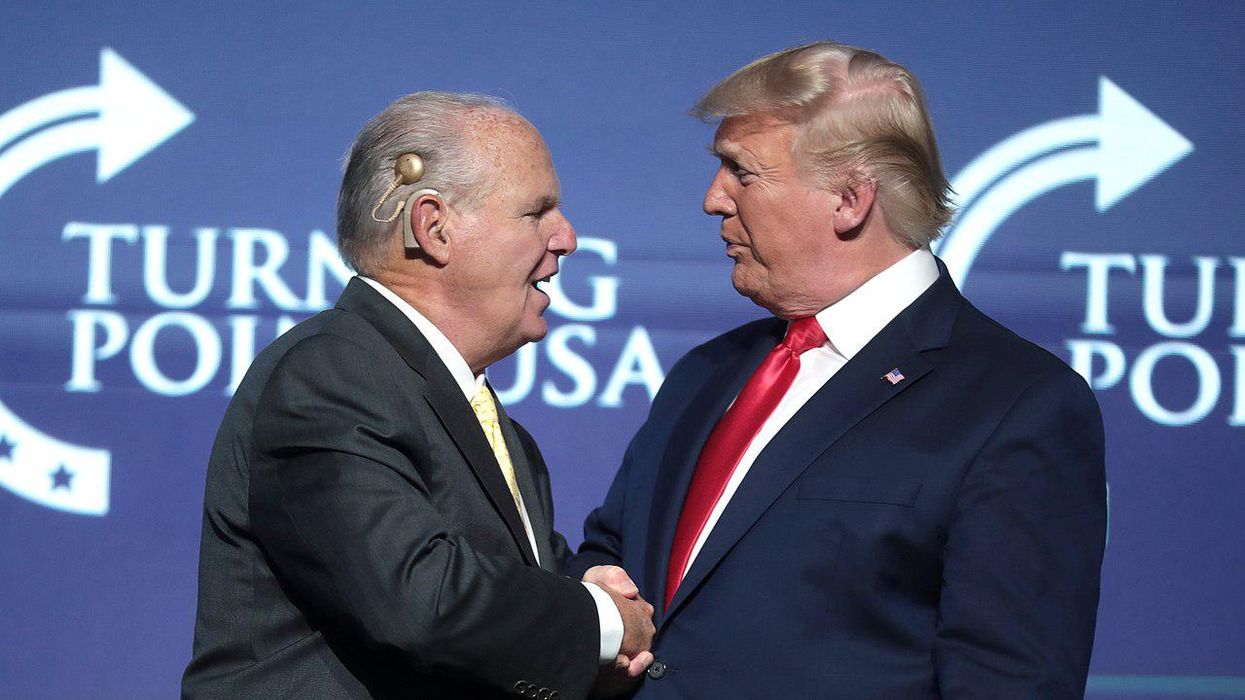 This week, Rush Limbaugh — one of the most influential figures in right-wing media — died of lung cancer at the age of 70. Much of the analysis of Limbaugh's influence has focused on how unfair he was to liberals and progressives, often going out of his way to demonize those he disagreed with and smearing vulnerable minority groups.

But journalist Conor Friedersdorf, in an article published by The Atlantic the day after Limbaugh's death, has another take on the radio host's impact — arguing that he was bad for the ideology he supposedly supported: the conservative movement.

"As a proponent of conservatism in America, Limbaugh was a failure who, in his later years, abandoned the project of advancing a positive agenda — culminating in his alignment with the vulgar style and populist anti-leftism of Donald Trump," Friedersdorf writes. "Character no longer mattered. Budget deficits no longer mattered. Free trade no longer mattered. Nepotism no longer mattered. Lavishing praise on foreign dictators no longer mattered. All that mattered was owning the libs in the culture war, in part to avenge a deeply felt sense of aggrievement. Limbaugh and Trump were alike in attaining great wealth and political influence while still talking and seeming to feel as though society was stacked against guys like them."

Following Limbaugh's death, pundits on both the left and right noted that he was highly influential. Many liberal and progressive outlets stressed that he spent much of his career promoting racism, bigotry, hatred of the poor and misogyny, while countless right-wing outlets hailed him as a champion of the conservative movement.

But according to Friedersdorf, Limbaugh was no William F. Buckley.

"In obituaries and commemorations, many right-leaning commentators are crediting Limbaugh with advancing movement conservatism, as if he were the William F. Buckley, Jr. of the Baby Boomer generation," Friedersdorf explains. "That's certainly how it felt in the 1990s when I would hear him in the car with my grandparents. Back then, before Fox News, no one on the right was as popular with the public. Yet he wasn't for everyone with conservative instincts, and the proposition that Limbaugh helped conservatism thrive or grow is unsubstantiated."

"The high-water mark of American conservatism, Ronald Reagan's presidency, was over before Limbaugh was a force in American politics," Friedersdorf notes. "Over the ensuing decades, as Limbaugh grew in fame and gained as much influence in the Republican Party as anyone, the conservative movement suffered from political and intellectual decline."

Limbaugh's talk radio program rose to prominence in the late 1980s and early 1990s when George H.W. Bush was president. Democrats didn't win a single presidential election during the 1980s, but they won the popular vote in seven of the United States' eight post-1980s elections.

Friedersdorf observes, "Since Limbaugh's political radio career took off in the late 1980s, each successive Republican president has been less conservative than the last, and Trump was the least conservative GOP president since Richard Nixon. Looking at that trajectory and thinking that Limbaugh helped advance conservatism in America is as delusional as believing Jeb Bush's claim that his brother kept Americans safe on 9/11."

For years, Limbaugh painted himself as the ultimate media authority on conservatism in the United States. But according to Friedersdorf, he played an undeniable role in conservatism's post-1980s "decline."

"Limbaugh isn't solely or mostly responsible for conservatism's decline, but he is partly responsible," Friedersdorf writes. "He spent several decades running interference for whoever was leading the Republican Party, only to complain later that those same Republicans were corrupt swamp creatures. Reagan, George H. W. Bush, Newt Gingrich, George W. Bush, Sarah Palin, Mitt Romney, Paul Ryan, and Trump differed greatly in their worldviews and policy agendas, but Limbaugh, always more a partisan warrior than an intellectual leader with independent convictions, aligned with each just at the height of his or her power in the GOP."

According to Friedersdorf, Limbaugh was less interested in promoting traditional conservatism than bashing "liberals and feminists."

"Many on the right will still feel like Limbaugh did a lot for conservatism, but facts don't care about feelings," Friedersdorf writes. "William F. Buckley, Jr. advanced conservatism. Milton Friedman advanced conservatism. Limbaugh advanced the smug hatred of liberals and feminists, took pleasure in mocking the left, fueled the ugliest impulses of his audience more often than he sought to elevate national discourse, boosted Republican politicians — whatever their policy preferences — until the end, and died an identitarian populist who betrayed the philosophy he long extolled."