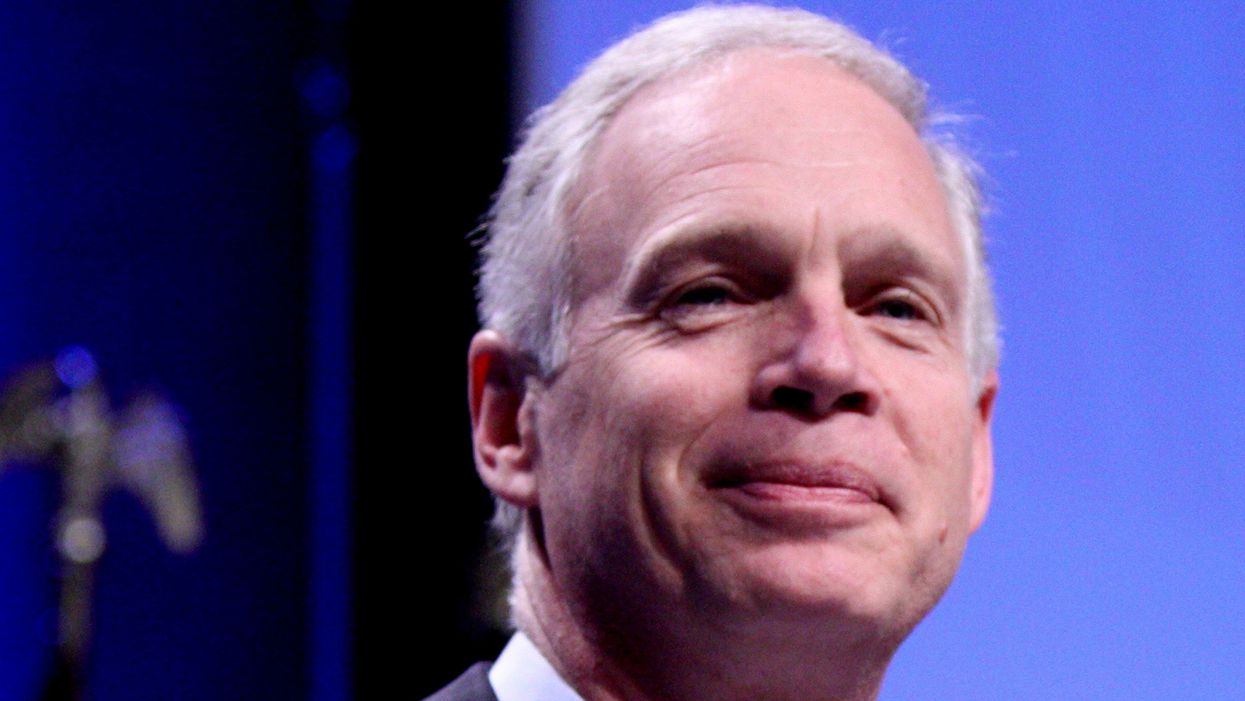 Republican Senator Ron Johnson of Wisconsin, a die-hard Trump supporter, is under attack after claiming the January 6 attack on the U.S. Capitol wasn't an "armed insurrection." "This didn't seem like an armed insurrection to me," Senator Johnson told far right wing host Jay Weber on WISN, as The Washington Post reports. "When you hear the word 'armed,' don't you think of firearms? Here's the questions I would have liked to ask: How many firearms were confiscated? How many shots were fired?"

"If that was a planned armed insurrection, man, you had really a bunch of idiots," Johnson added.

Up until just weeks ago Johnson was the Chairman of the Committee on Homeland Security and Governmental Affairs, meaning more than most in the Senate he had unique access to those with direct knowledge of what occurred during the January 6 insurrection. In other words, he could have – and should have – checked.

Johnson, as many have noted since his remarks over the weekend, had access to Google.

Politifact quickly rated his claim "Pants on Fire," and noted that not only were there many guns, but other weapons, including "explosive," along with "knives, brass knuckles a stun gun and other weapons."

"By afternoon, the officers in the Capitol were in a fight for their lives and for the seat of American government," CNN reported January 19, about the day of the insurrection, in an article that uses some form of the word "gun" ten times. "They were left to their own devices, outgunned, without adequate protective equipment, unaware of backup, enclosed by people, many with weapons, attempting to take over the government."

"One officer said he wouldn't have begrudged any officer for firing their gun, but they were outgunned. 'I got 16 bullets in my handgun, 28 in my long gun. Then what?' he said."

"At that point, I wasn't looking for arms. But there were arrests with guns, a cooler of Molotov (cocktails was) found. We recovered 9 or 10 guns, found or taken off people. Guarantee so many more had 'em," he said. "You don't want to start a gunfight and have a bloodbath. We wouldn't have won."

"I didn't want to be the guy who starts shooting, because I knew they had guns — we had been seizing guns all day," he said. "And the only reason I could think of that they weren't shooting us was they were waiting for us to shoot first. And if it became a firefight between a couple hundred officers and a couple thousand demonstrators, we would have lost."

Johnson was quickly hammered for his obvious falsehood:

"This didn’t seem like an armed insurrection. How many firearms were confiscated? How many shots were fired?” ⁦Wisc… https://t.co/x67WIosXho
— Shannon Watts (@Shannon Watts)1613446727.0