The Republican quandary: How do you deny a 'pretty damning' case? 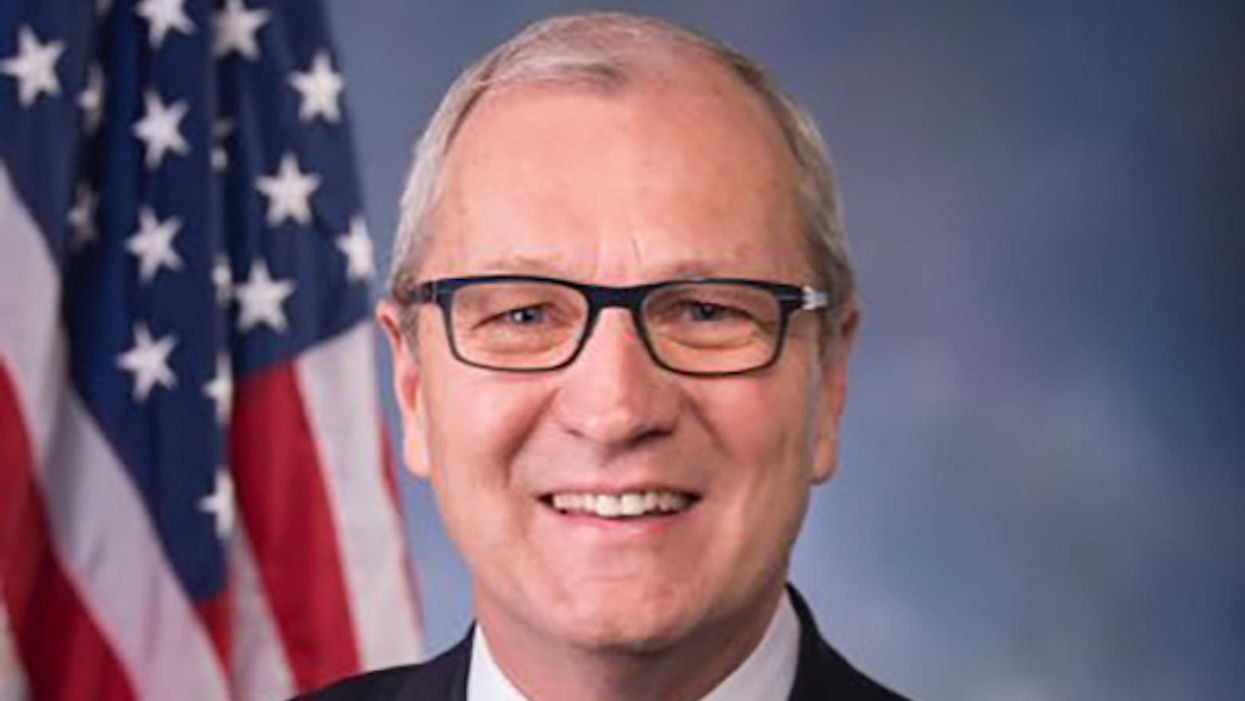 The House Democrats presented evidence Wednesday substantiating the allegation that, on January 6, Donald Trump incited an insurrection against the United States. For about eight hours, to be followed today by another eight hours, the impeachment managers showed a pattern of violent rhetoric by the former president, and tried to show a connection between his violent rhetoric and his supporters' violent actions.

In granular and exhaustive detail, the managers walked us through each of the stages leading up to the worst attack on our government since September 11, 2001. First, Trump targeted the courts. When that failed, he targeted state election officials. When that failed, he targeted high-ranking Republicans. When non-violent options ran out, he turned to violent options, culminating in January 6's attempted coup. The former president didn't yet "fire" in a crowded theater, lead manager Jamie Raskin said:

It's more like a case where the town fire chief—who's paid to put out fires—sends a mob not to yell fire in a crowded theater, but to actually set the theater on fire. And who then when the fire alarms go off and the calls start flooding into the fire department asking for help, does nothing but sit back, encourage the mob to continue its rampage and watch the fire spread on TV with glee and delight."

I'm asking whether the evidence will change Republicans' minds. In fact, however, their minds have already changed.

The Democrats' chief obstacle, it must be said, is establishing causality. Did Trump's violent rhetoric cause violent action? That's a legitimate question. But it's a question needing to be in accordance with the task at hand. The impeachment managers are not prosecuting a criminal case (though they are alleging an actual crime). They are not trying to demonstrate guilt beyond doubt. They are prosecuting a political case, affirmed and guided by the Constitution, in order to achieve a political goal the Constitution's framers said was important to achieve. Even if there's some daylight between rhetoric and action, that daylight is narrow and dim. That's why Republican Senator Lisa Murkowski said the evidence presented was "pretty damning." That's why she went on to say she can't imagine the American people voting for Trump again.

But even if Trump did not cause it, he did nothing to stop it. This, I thought, was the most compelling part of the Democrats' presentation. If the former president did not light "the fire," he certainly did not try to put it out, as would be expected from the commander-in-chief in matters of national security. If he's not guilty of incitement, he's guilty of dereliction of duty. (The obvious inference is he didn't try to put it out, because he wanted to see it burn, which brings us back to incitement.) After insurgents occupied the Capitol for about three hours, Trump did issue a tweet telling them to go home. He never said stop, though. He never said violence is wrong. He said thank you. He implied a job well done. The Democrats showed a video clip of Jacob Chansley, the so-called Q shaman, responding to Trump's tweet. "He's saying we won the day."

The question on everyone's mind is what do the Senate Republicans think? Are 17 willing to convict a former GOP president? Well, there's Murkowski. But she's never been chummy with Trump. (Indeed, she owes him nothing.) As for the others, it seems even the sight of Mitt Romney running for his life, and Vice President Mike Pence being shuffled to safety, is not enough to change their minds. Sure, they have strong words, mighty strong words, for the insurgents themselves, but not for Donald Trump.

"It doesn't affect me in terms of how I feel about the president's culpability," North Dakota Senator Kevin Cramer told the Post. Would "pretty damning" evidence change Jim Inhofe's mind? "Not from anything I've seen so far," the Oklahoma senator said. "And I can't imagine what else is out there. We've had all this time for everyone to use every possible argument they could use." How about Texas Senator Ted Cruz? "The result of this trial is preordained," he said. "President Trump will be acquitted."

I'm asking whether the evidence will change their minds. In fact, however, their minds have already changed. The Post's Aaron Blake has a great item today showing the same Republicans now saying it's awful hard seeing the connection between Trump's violent rhetoric and his supporters' violent actions saw the connection crystal clearly the day of the insurrection. Kevin Cramer, for instance, who now says he does not see the connection, used the word "inciting": "The call to march down the Capitol—it was inciting … It was pouring fuel on a spark. [Trump] does bear some responsibility."

Turns out, the Senate Republicans saw the truth before the Republican National Committee later issued "talking points" telling them no, they do not see the truth. Nothing the president did that day was inciting, the RNC said, according to Blake. That raises an interesting question for a democratic republic such as ours. If the Republicans have gone blind to the truth because they want to go blind to the truth, how on earth are Democratic impeachment managers supposed to get them to see?