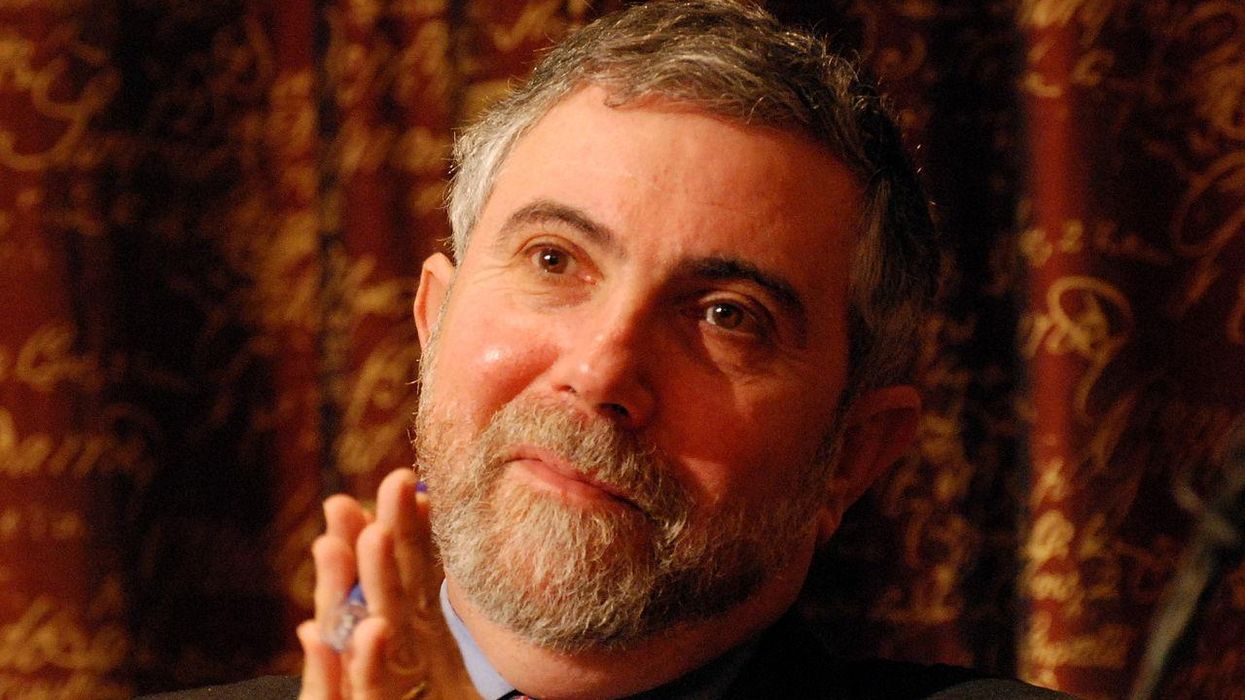 Paul Krugman at a press conference at the Swedish Academy of Science in Stockholm in December 2008, Prolineserver
Alex Henderson
February 18, 2021

Far-right Fox News pundits Sean Hannity and Tucker Carlson have been blaming green energy for the power outages in Texas, and Texas Gov. Greg Abbott has claimed that the outages show why Rep. Alexandria Ocasio-Cortez' Green New Deal proposals are a bad idea. But those claims are illogical because Texas' energy grid in general is having problems during the severe weather — and only a fraction of Texas' power comes from green energy.

Krugman notes that "the usual suspects on the right" have been "trying to blame renewable energy and environmentalists" — adding, "Texas has a lot of wind power, mainly because it has a lot of wind, but the power failures were mainly in fossil fuel plants."

This week, the forecasts in major South Texas cites read like a forecast that would be more typical of Pittsburgh or Boston in February — for example, afternoon highs of 34F in Houston and 35F in Austin on Wednesday. And Krugman warns that thanks to climate change, the U.S. can expect to see more extreme weather events in the future.

Krugman tweets, "So far, the lesson seems to be that extreme weather events — which are becoming more common thanks to climate change — can overwhelm any system unless you take expensive precautions."