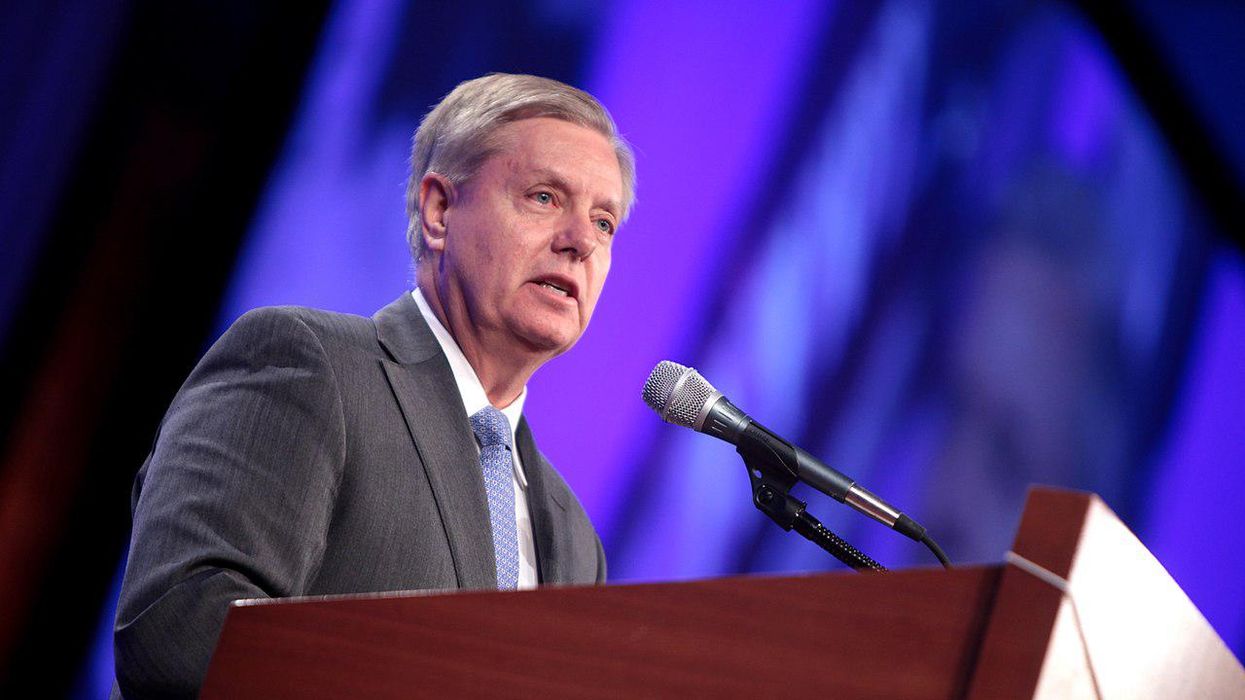 In Fulton County, Georgia, District Attorney Fani Willis is — according to a Washington Post source— scrutinizing Sen. Lindsey Graham's November 13 phone conservation with Georgia Secretary of State Brad Raffensperger as part of its criminal investigation of former President Donald Trump's efforts to change the election results in the Peach State. But according to Palm Beach, Florida DA Dave Aronberg, Graham probably isn't facing as much legal exposure as Trump in Georgia.

Raffensperger has told the Post that when he spoke to Graham on November 13, the South Carolina senator asked whether or not he could throw out mail-in ballots in some Georgia counties. Georgia was among the states that now-President Joe Biden won, and Trump raged against Raffensperger for acknowledging Biden as president-elect in November and December and saying that there was zero evidence of the type of widespread voter fraud that Trump was alleging.

During a February 16 appearance on MSNBC's "Morning Joe," Aronberg — a South Florida Democrat who often appears as a legal analyst on MSNBC — laid out some reasons why he believes that Graham has less to worry about than Trump when it comes to Willis' investigation.

"In Georgia law, you need intent to show solicitations of election fraud," Aronberg told "Morning Joe" hosts Joe Scarborough and Mika Brzezinski. And based on what has been reported about Graham's conservation with Raffensperger, Aronberg said, intent would be difficult for a prosecutor to prove. There is, according to Aronberg, "less evidence of intent" with Graham than there is with Trump.

The Palm Beach DA explained, "Interestingly, I think there is a great chance of filing charges against Rudy Giuliani because he made false statements to local and state governmental bodies. And the DA in Atlanta said that she is expanding her investigation to include the making of false statements."

But when Aronberg appeared on "Morning Joe" on February 12, he told Scarborough and Brzezinski that if the Fulton County DA's office decides to prosecute Trump, it might have a strong case. Discussing Trump's efforts to bully Raffensperger, Aronberg said, "Lordy, there are tapes. Those are the prosecutor's best friends. You don't even have to read a transcript; you've got it there on the recording."

Raffensperger's office is conducting its own investigation — one separate from Willis' — of Trump's calls to Georgia election officials. But Graham's conversation with Raffensperger will not be a part of that investigation.

Watch the video of Aronberg's February 16 appearance on "Morning Joe" below: