'Yelling and cursing' broke out in the Oval Office in a last gasp of the Trump presidency: report 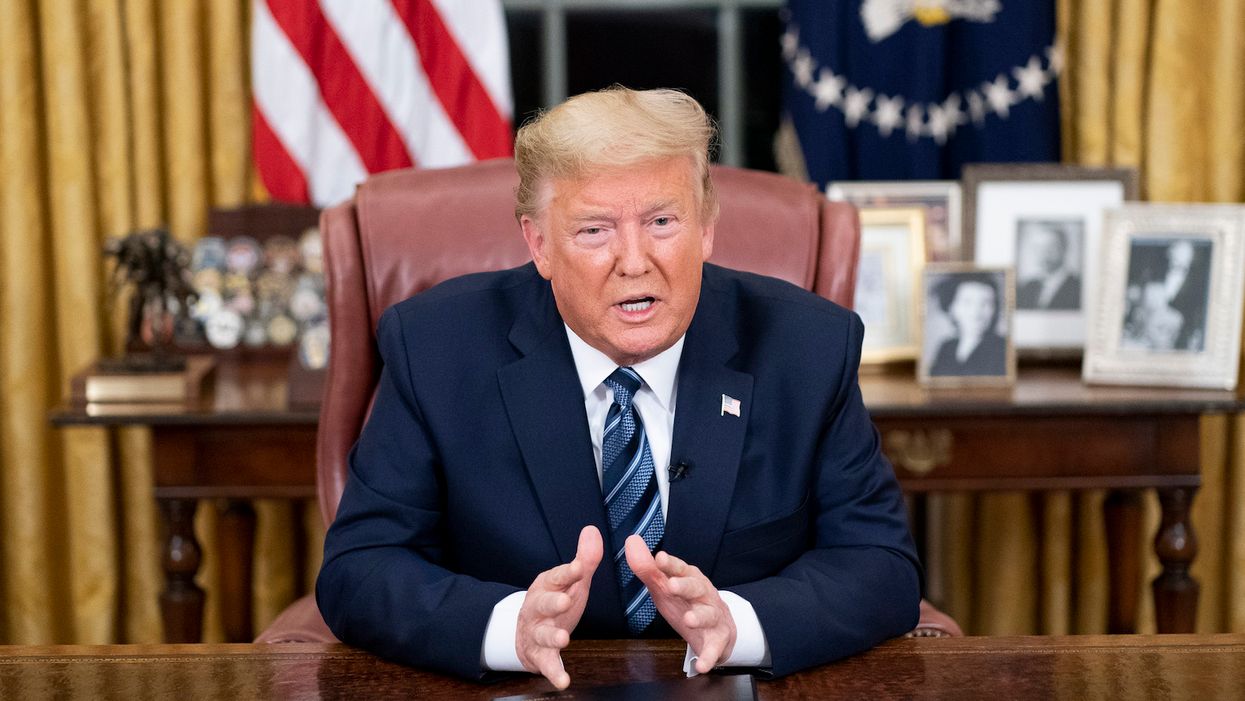 President Donald Trump, weeks after losing the November 2020 election by more than 7 million votes and more than 70 electoral votes, discussed declaring national security emergency powers his White House attorneys told him he did not have.

That's according to a stunning report that details a December 18 meeting in the Oval Office and the White House Residence from Axios, "Inside the craziest meeting of the Trump presidency."

At one point Trump's personal attorney Rudy Giuliani joined by phone, and was forced to tell everyone in the "heated" meeting to calm down. Axios reports at one point the "meeting had come entirely off the rails," and says "people were yelling and cursing" inside the Oval Office.

Overstock CEO Patrick Byrne, "wearing jeans, a hoodie and a neck gaiter, piped up with his own conspiracy: 'I know how this works. I bribed Hillary Clinton $18 million on behalf of the FBI for a sting operation,' he said, according to Axios."

Herschmann stared at the eccentric millionaire. "What the hell are you talking about? Why would you say something like that?" Byrne brought up the bizarre Clinton bribery claim several more times during the meeting to the astonishment of White House lawyers.
Trump, for his part, also seemed perplexed by Byrne. But he was not entirely convinced the ideas Powell was presenting were insane.
He asked: You guys are offering me nothing. These guys are at least offering me a chance. They're saying they have the evidence. Why not try this? The president seemed truly to believe the election was stolen, and his overriding sentiment was, let's give this a shot.
The words "martial law" were never spoken during the meeting, despite Flynn having raised the idea in an appearance the previous day on Newsmax, a right-wing hive for election conspiracies.
But this was a distinction without much of a difference. What Flynn and Powell were proposing amounted to suspending normal laws and mobilizing the U.S. government to seize Dominion voting machines around the country.

"Trump expressed skepticism at various points about Powell's theories, but he said, 'At least she's out there fighting.'"

Axios adds the "handful of White House lawyers and advisers" were "determined to keep the president from giving in to temptation to invoke emergency national security powers, seize voting machines and disable the primary levers of American democracy."