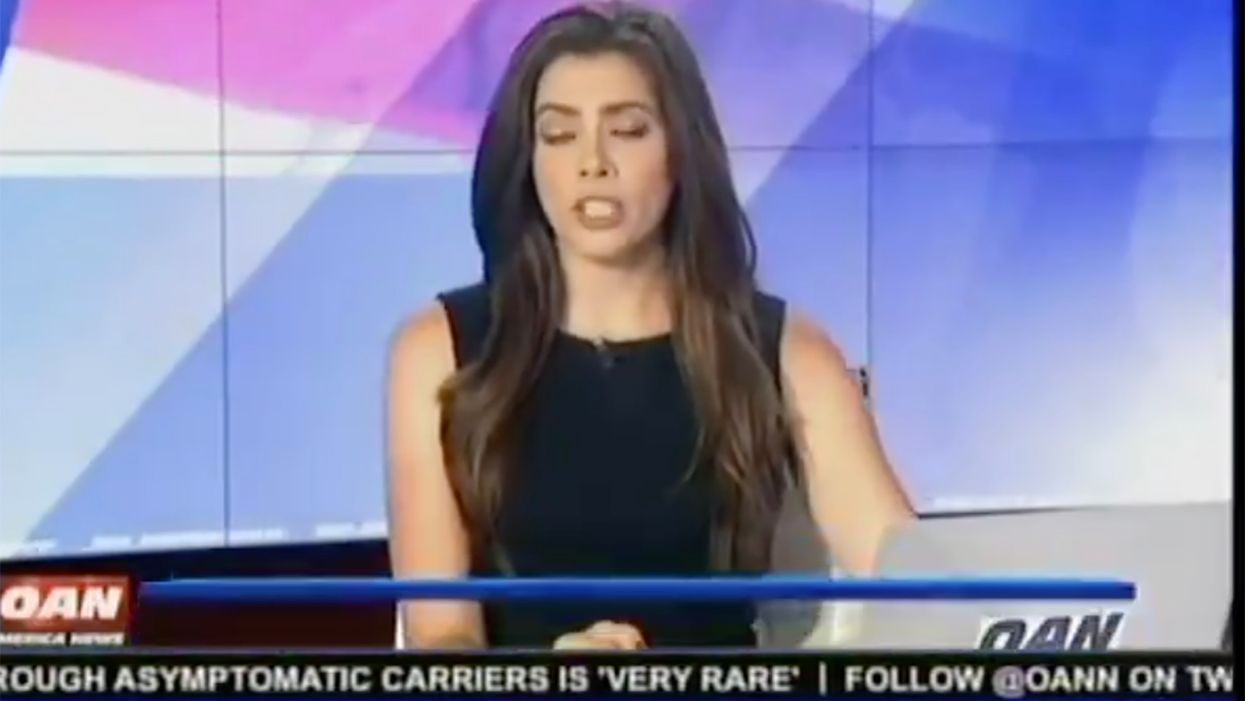 In a Politico deep dive into a day of watching hyper-conservative One America News (OAN), reporter Tina Ngyuen wrote that the network is struggling to fill time with Donald Trump off the stage and staying out of the public eye while awaiting his impeachment trial in the Senate next week.

The network, which was just slapped with having pay to $250,000 in attorney's fees stemming from a defamation lawsuit that was dismissed last year against MSNBC, has been elevated by the ex-president as his network of choice after his falling out with Fox News but now, as the report notes, won't even grace them with an interview to help boost their viewership.

As the report states, "Since the election, conservative networks have been locked in a three-way wrestling match for who gets the MAGA television audience. Fox News has been deemed traitorous by Trump's fans for reporting that Joe Biden fairly won the presidential election, and is seeing its worst ratings in decades. Newsmax initially ate into Fox's pro-Trump audience post-election, but more recently the network has alienated many of its fans for the same reason."

However, without the ex-president making public appearances and rallying his base -- and with his social media accounts shuttered -- the network has little in the way of red meat to throw to his avid supporters who depend on them for MAGA-influenced news.

"Without Trump providing feedback or free advertising in real time, OAN was a strange, empty temple to MAGA culture, with its acolytes and prophets filling in the gaps of his silence with their fantasies—often illogical, frequently venomous and largely a collection of memes—of what they thought their leader would want them to say," Nguyen wrote before reporting, "And they missed him. Boy, did they miss him. 'Pass our best wishes on to President Trump if you could, please,' primetime host Dan Ball said to Trump adviser Jason Miller at one point. 'And I'll throw it out there, we're requesting that interview. We keep asking. We're gonna ask again.' Miller gamely laughed."

The report also notes that the network is mostly filling time sniping at President Joe Biden's administration, but the longing for Trump is still strong with the Nguyen reporting that, during primetime, "The host of the 6 p.m. block had the night off, so OAN instead re-broadcast a documentary they had aired on Inauguration Day, entitled 'Trump: the Legacy of a Patriot.' For the next 45 minutes, a man in a star-spangled tie presented a stream of bullet points detailing Trump's accomplishments."