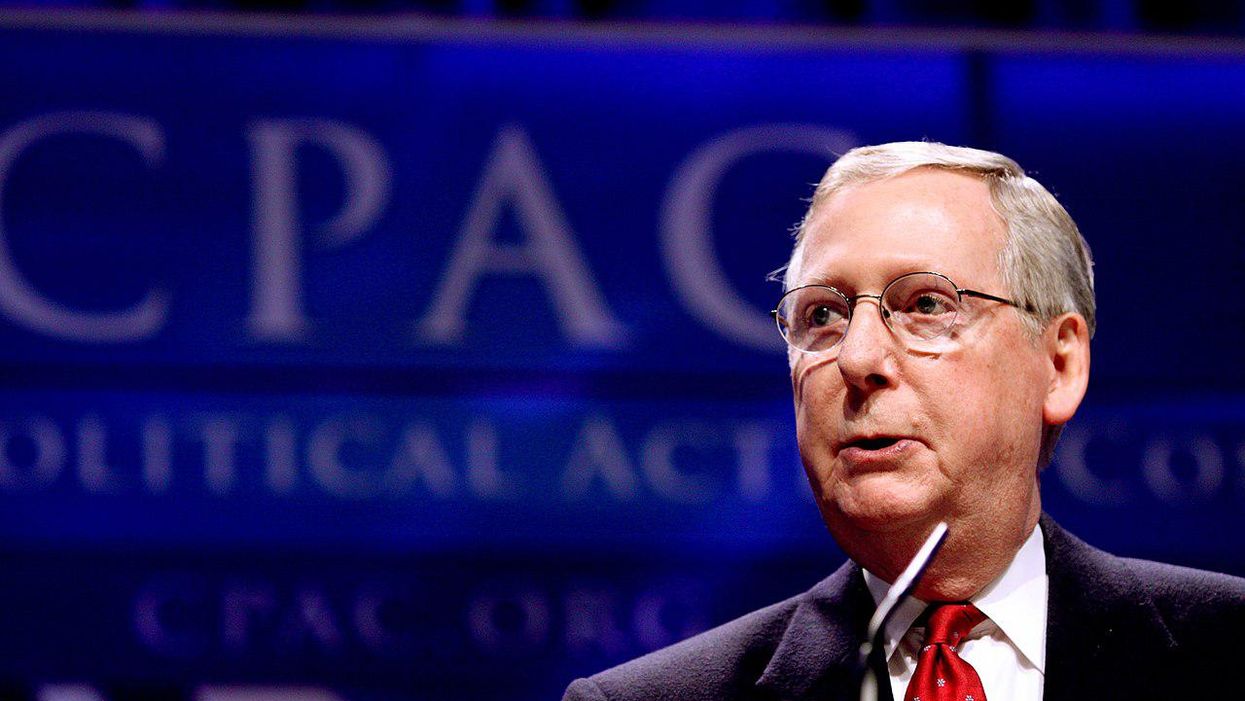 According to a columnist for a leading Kentucky newspaper, Senate Minority Leader Mitch McConnell wasn't fooling anyone when he launched a broadside against Donald Trump on the same day he voted to acquit the ex-president in a Senate impeachment trial on charges of sedition.

In a scorching column for the Lexington Herald-Leader, columnist Linda Blackford accused McConnell of standing by while "His beloved Republican party has turned into a death cult in thrall to a pathetic and pathological egotist."

That was one of the nicer things she wrote about the Republican leader.

"Everyone sees through him now. He may have helped create the modern Republican party, but when it most needed saving, he was nowhere to be found. He could have given political cover to his colleagues to stand up to Trump and the attack on Jan. 6, but as I wrote before, the monster he helped create was no longer in his control," she wrote before stating McCoinnell's legacy is forever stained.

"The history books will be clear about those who coddled and engendered Trump's madness in the name of political power. And in the end, he made sure that Trump would face no penalty or justice for whipping up a storm of white supremacist anger that attacked the U.S. Capitol and killed a police officer," she wrote of McConnell, before adding, "McConnell gave a pass to white supremacy, a pass on attacking the U.S. Capitol. He gave so many passes to Trump that we are left with a country that is sick in mind and body."

Sticking the knife in deeper, she pronounced sentence on McConnell by writing, "McConnell, however, has now contorted himself into a strange pretzel-shaped politician hated by absolutely everyone."You can read the whole piece here.