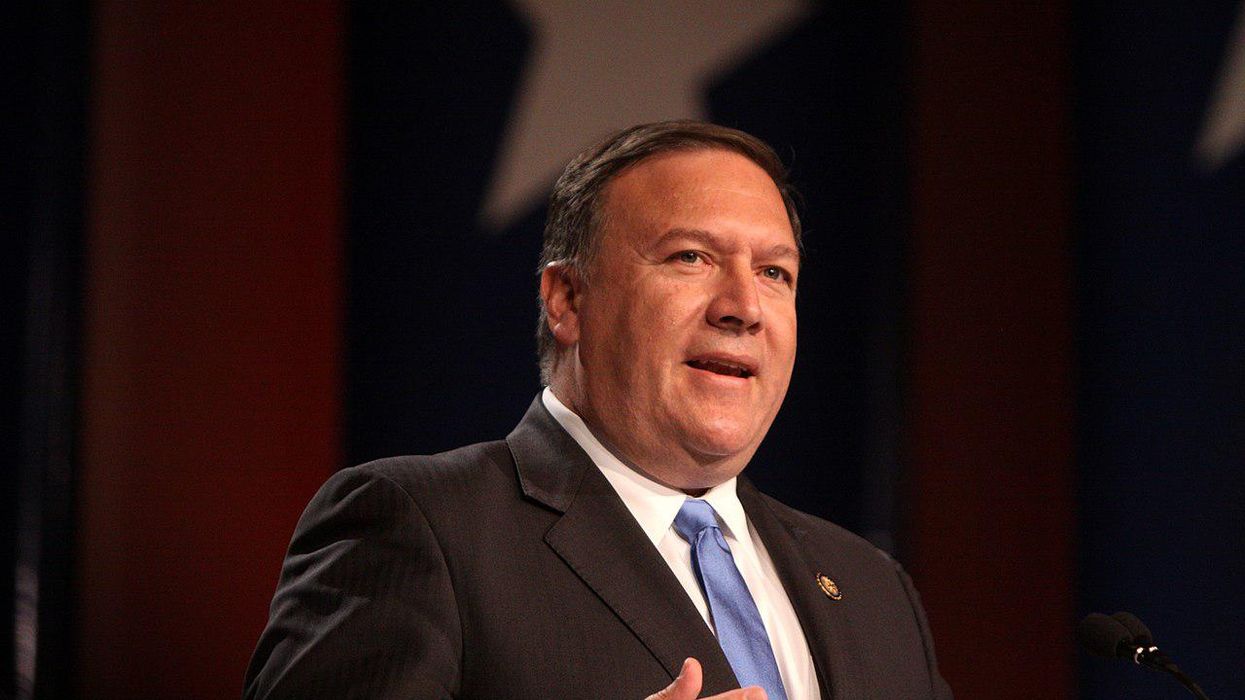 During a recent appearance on journalist Peter Beinart's podcast, "Occupied Thoughts," former Obama White House official Ben Rhodes made some statements that were critical of Israeli Prime Minister Benjamin Netanyahu. Former Secretary of State Mike Pompeo, in response, falsely accused Rhodes — who is Jewish — of being anti-Semitic, and Pompeo is being lambasted for it on social media.

Beinart is a fellow at the Foundation for Middle East Peace and editor-at-large of Jewish Currents, and Rhodes served as deputy national security advisor for strategic communications and speechwriting under President Barack Obama. When Rhodes appeared on Beinart's podcast, they discussed Israeli-Palestinian relations and Netanyahu's policies. And Pompeo, in an over-the-top tweet, falsely equated criticism of Netanyahu with anti-Semitism and condemnation of Israel in general.

Rhodes, who often appears on MSNBC and co-hosts the foreign policy podcast "Pod Save the World," never said anything "anti-Semitic" during his conversation with Beinart, but he did criticize the Republican Party for being overly favorable to Netanyahu's hardline policies on Israeli-Palestinian relations. The former Obama White House official told Beinart, "I wish the right…. would just say, 'We don't believe there should be a Palestinian state. We believe in the concept of a greater Israel. We feel sorry for the Palestinians, but they're just gonna have to deal with it.' That's the position of the Israeli government. Frankly, that's the position of the Republican Party, even if they're not honest about it."

When Beinart asked Rhodes to speculate on Netanyahu's world view, the former Obama official responded, "Maybe the view is, 'Jews have been screwed throughout history, by a corrupt cruel world. And so, you know what, we just have to be corrupt and cruel ourselves. That's the only way to survive in this world.'"

The reference to being "corrupt and cruel" was not an expression of Rhodes' view of "all Jews," as Pompeo falsely claimed, and it was absurd to claim as much. Both Rhodes and Beinart are Jewish, and Pompeo is not. Rhodes told Beinart that he has problems with Netanyahu's governing philosophy, but he never said that all Jews are "corrupt and cruel."

Pompeo is being slammed on social media for distorting Rhodes' comments. Beinart posted: