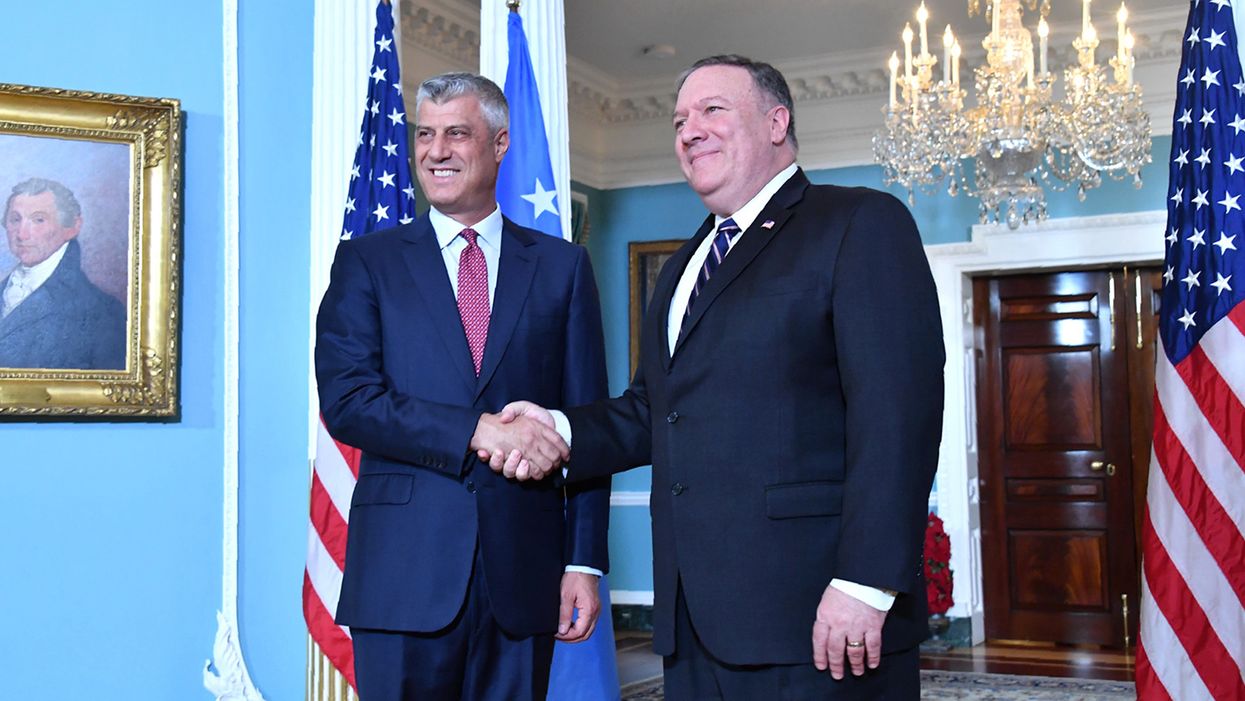 A recent filing with the Federal Election Commission suggests that former Secretary of State Mike Pompeo is preparing to reboot his old campaign committee and start raising money again. However, the report itself, which involves income from a Kansas bank tied to the former congressman and his wife, also raises questions about what experts say would likely be unknowable irregularities in the campaign's accounting.

On Feb. 9, Pompeo for Kansas — Pompeo's campaign committee from his days as a House Republican — amended its original 2020 year-end report by tacking on $13,665.85 in revenue from the campaign's financial institution, Wichita-based Emprise Bank, and classifying it as a "bank adjustment." The attached memo reads: "Adjusting transaction of $13,665.85 to correct cash on hand due to bank reconciliation."

Multiple experts on FEC compliance and election law told Salon that the timing, coming weeks after the end of the Trump administration, suggests that Pompeo's campaign, which has been dormant since he left Congress in 2017 to become CIA director under Trump (and later secretary of state), could be squaring up with the FEC before opening its wallet.

"The first thing you do when you revive a dormant campaign committee is to review all the bank statements for the period when the committee was dormant and reconcile them with the FEC reports," a top campaign finance attorney told Salon. "The Pompeo campaign did that and found out that the figures didn't match — the campaign committee had more money in the bank than it had reported to the FEC."

Two campaign compliance directors agreed. "If a candidate is resuming fundraising efforts, then making sure the previous filings were reconciled is a proper first step," one said in an email.

While candidates sometimes convert existing committees — Pompeo has changed his committee's name before — another possibility is that the former top diplomat, whose alleged abuse of taxpayer funds for personal aides and lavish private dinners at the State Department triggered multiple internal investigations, is getting his finances straight before winding down this campaign committee and launching a new one.

"Pompeo is absolutely running for president. He's kept his committee open — typical for a once-elected official — because otherwise he'd have to zero out a federal account with $1 million in hard dollars in it, which nobody would want to do," Democratic campaign strategist Dave Hoffman said. "Those 'Madison Dinners' he held at State are more clear evidence of his ambitions, as they helped him make more introductions to major GOP donors and bundlers."

If Pompeo does jump in the race early, the news wouldn't surprise many observers: The Trump loyalist's White House aspirations have been an open secret, although Pompeo quietly supported his former boss' false claims of election fraud, refusing to acknowledge Joe Biden's victory or engage with the presidential transition. Pompeo apparently shut the door last June to a bid for the U.S. Senate seat that fellow Kansas Republican Jerry Moran will defend in 2022 (although politicians have been known to change their minds about such things.) Still, this appears to be the first official move that Pompeo — or any other Republican not named Trump — has taken to prepare for what will undoubtedly be a fierce and costly 2024 GOP primary.

Pompeo's campaign filing, however, struck several legal and compliance experts that Salon interviewed as puzzling. They remarked on the unusual "bank adjustment" explanation, which they said seemed design to obscures from the public, and possibly from federal regulators, what exactly went wrong with the campaign's accounting. It also raises questions about Pompeo's close personal and professional connections to the bank, and could be tied to an unexplained doubling in earned interest during a period when he held two positions in Trump's Cabinet.

"I would never report it that way," said one campaign compliance official who analyzed the filing. "It invites speculation. It seems pretty clear that they're matching their money in the bank against their books, but since they don't say what the mistake was, that may trigger a letter from the FEC. It could be something like unreported interest or an uncashed check, but for all we know it could be anonymous donor money appearing out of nowhere."

Without that explanation, the lump payment from Emprise Bank may indeed invite speculation, given the fact that Pompeo's wife Susan, was senior vice president at the bank and Pompeo sat on the board of governors as recently as 2012, while he was in Congress. Mike Michaelis, Emprise's chairman, president and CEO, worked on at least one of Pompeo's early campaigns, and the bank ranks as one of his top 10 all-time donors, according to data compiled by Open Secrets. A political law attorney told Salon that was unusual, comparable only to Rep. Louie Gohmert, R-Texas, who gets contributions from officials at his campaign's bank.

A second campaign compliance director agreed that the explanation was well out of the norm: "I've only used it once or twice, and I always spoke to the FEC analyst before going that route," the official said. (Salon could find only three filings that use the term, one of them being from House Minority Leader Kevin McCarthy.) But the compliance expert added that under certain rare conditions the FEC actually prefers the term, which can offer a shortcut: "Otherwise they have to go back and review all of your amended reports, and if the difference in cash on hand is nominal it's not usually worth the work."

When Salon showed the amendment's language to an FEC official, withholding Pompeo's name, and asked about the lack of specificity, the official replied: "If anything in a report requires further explanation, the relevant Reports Analysis Division analyst can send a Request for Additional Information to clarify the public record."

Pompeo's committee, which was never a fundraising juggernaut, had about a million dollars on hand after his last congressional race in 2016. Its only income since then has come through monthly interest payments from Emprise Bank. But over the course of 2018 those payments nearly tripled in amount. Further, that increase began the month after Pompeo moved from the CIA to the State Department, shooting from $302 a month in April to $892 by December 2018. The payments stayed level for more than a year, before increasing slightly in January 2020 and then ramping back down, ending the year at $340 in December.

One campaign finance expert noted that while the interest returns rose, the amount of money in the account did not change. While the campaign may have underreported its 2020 interest, the expert said, that differential clearly wouldn't add up to $13,000.

"Pompeo's campaign continued to file FEC reports throughout his tenure in the Trump administration, and continued to report payments to a compliance firm to manage the reporting, so it is not clear how it lost track of $13,000," Brendan Fischer, Director of Federal Reform at the Campaign Legal Center, told Salon. "But there may be legitimate explanations for the financial discrepancies, and the amount in question is relatively minimal as compared to the total amount of cash-on-hand."

Two experts suggested that the campaign may have moved some or all of its cash from a low-interest account to a higher-return instrument, such as a CD or money market account. If both accounts had been held with Emprise, it's possible that the campaign could have overlooked reporting the shift, but that alone would not explain why it did not accurately report the income.

Of course, it's also possible that the earned interest and the bank adjustment are not related at all, and present another two minor mysteries about Pompeo's strange final year in the Trump administration.