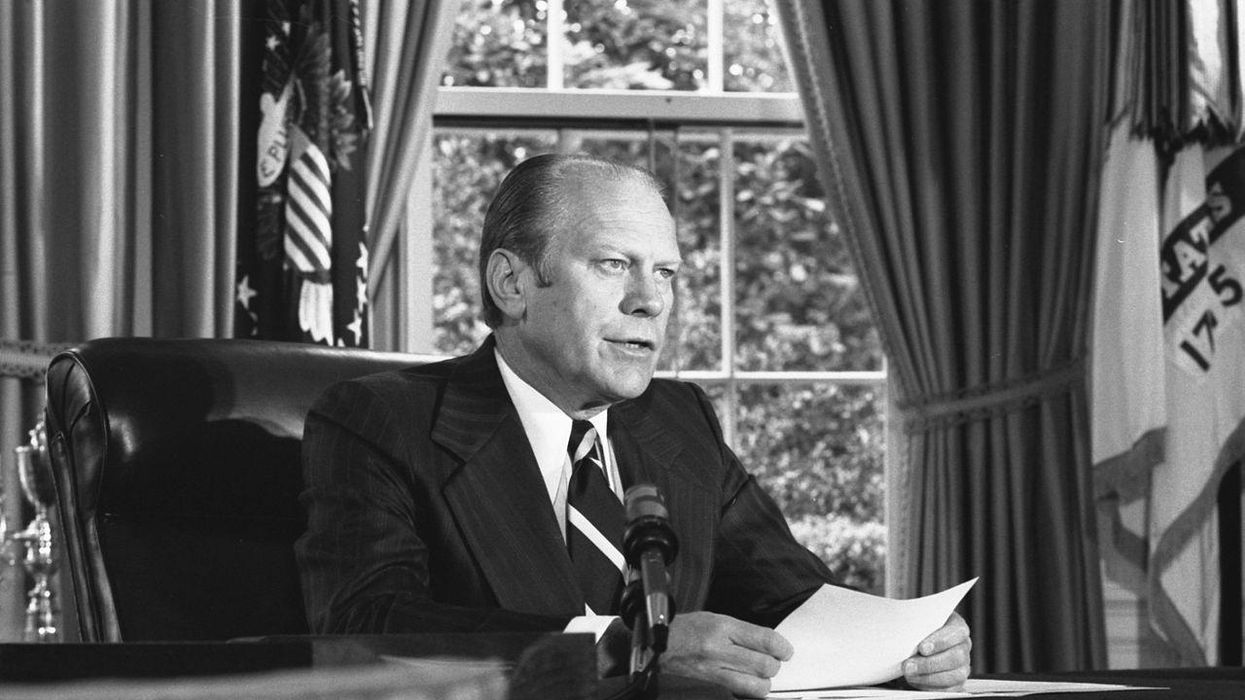 The Michigan GOP was once synonymous with old-school, non-extremist conservatism — the type of Republicans who didn't attract a lot of liberal or progressive Democrats, but could encourage centrist Democratic voters to split their tickets. But in recent years, the Michigan GOP has been hijacked by the Trumpian far right. And an article by Associated Press reporters Thomas Beaumont and David Eggert examines the ways in which far-right extremists have taken over the Republican Party in that midwestern state.

"While the state has swung back to Democrats since Trump's narrow 2016 win, choosing President Joe Biden by more than 150,000 votes, Michigan's Republican Party has taken a hard-right turn," Beaumont and Eggert explain. "Its own capitol in Lansing was the rallying point in April for armed Michigan Liberty Militia protesting pandemic restrictions, including some members who were later charged with plotting to kidnap Democratic Gov. Gretchen Whitmer. The rightward lurch has altered the GOP's image to one unrecognizable to its pragmatic 20th Century standard-bearers."

Michigan-based GOP strategist Josh Venable told AP that in the past, Michigan's Republican Party was "defined by" President Gerald R. Ford and Gov. Mitt Romney — the late father of Sen. Mitt Romney of Utah. Now, according to Venable, it is "defined by" Mike Shirkey (the majority leader in the Michigan State Senate) and Meshawn Maddock (now co-chair of the Michigan GOP).

Shirkey and Maddock are both far-right Trumpistas who promoted the debunked conspiracy theory that the 2020 presidential election was stolen from former President Donald Trump because of widespread voter fraud. Shirkey even described the violent January 6 assault on the U.S. Capitol Building as a "hoax" — and although Maddock spoke out against that attack, she wholeheartedly supported Trump's "Stop the Steal" rally of January 6.

According to Beaumont and Eggert, "The move to more hardline, extreme views in Michigan came into clearer view Wednesday when it became known that Trump devotees, no longer content with the GOP as their political home, had filed a petition with the state elections board to form a new Patriot Party. Decades in the making and punctuated loudly by Trump's 2016 win, Michigan's drift from the GOP's center has prompted departures from traditional conservatives and retribution against moderates."

Rep. Fred Upton and Rep. Peter Meijer, both Michigan Republicans, have been censured by GOP county committees in their state for voting to impeach Trump. And Meijer believes that Trumpian purity tests will make his party increasingly marginal in Michigan and other states.

"If we're strictly a litmus test party," Meijer told AP, "we're going to drum out some of the people we need to be able to win competitive elections."