Meghan McCain complains she hasn't gotten a vaccine yet — calls for Dr. Fauci to be fired 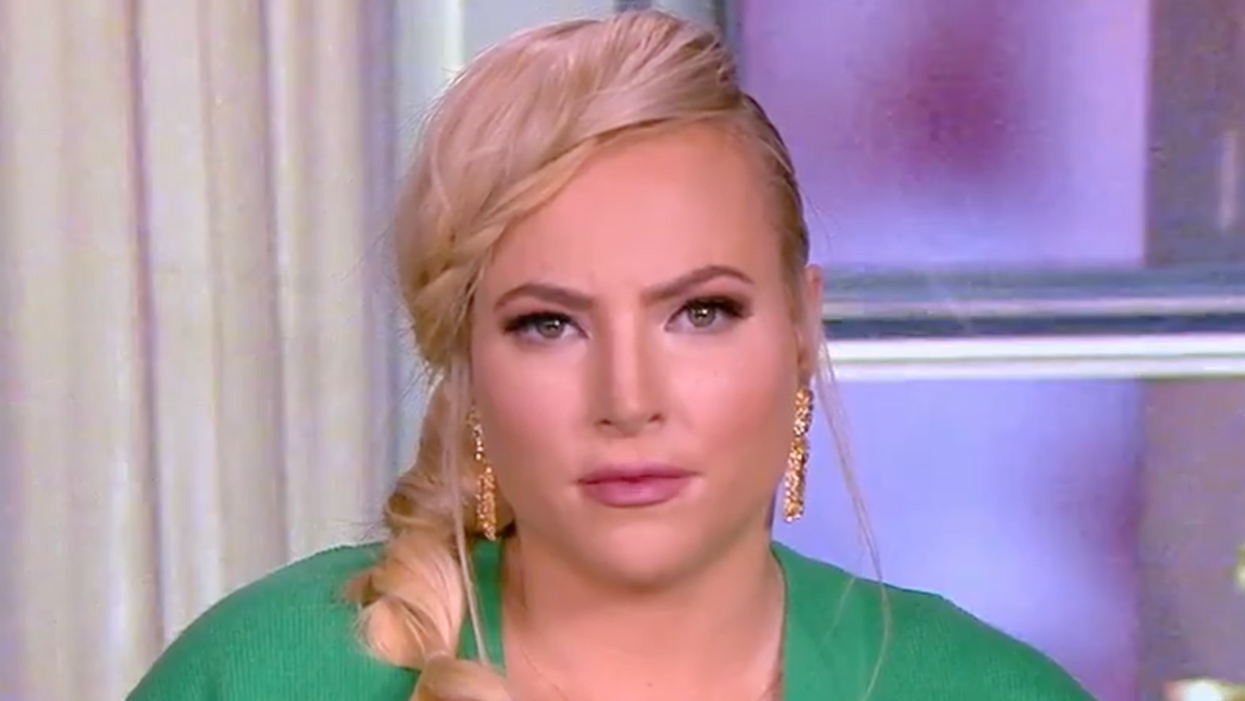 On Monday, the U.S. surpassed 500,000 deaths due to COVID-19. In a discussion of the somber milestone on ABC's "The View," co-host Meghan McCain criticized the U.S's handling of the pandemic and called for the firing of the head of the White House's Coronavirus Task Force, Dr. Anthony Fauci.

McCain's rant included her dissatisfaction with the "inconsistent" messaging from the leadership of Dr. Fauci, and also included her disbelief in her unique struggle of not knowing when she will receive her vaccine. McCain began her comments with a clip from an interview with Dr. Fauci from this past weekend on CNN. She said she found the clip upsetting, mostly because Fauci's did not feel comfortable offering advice to vaccinated people on when and who they safely could and could not see.

McCain continued reacting by saying, "Next week will be a year since we left the studio, and I have been very responsible in many different ways, as so many Americans have been. And the fact that Dr. Fauci is going on CNN and he can't tell me that if I get the vaccine, if I'll be able to have dinner with my family … it continues to be inconsistent messaging."

She compared the state of affairs in the US to that of Israel, one of the most successful nations thus far in vaccinating their population. Shockingly, McCain failed to acknowledge the high mask usage rates in Israel and the drastic difference in population between the Middle Eastern nation and the United states, which are just a few of the factors that have contributed to the efficiency of the Israeli government's public health efforts.

"The fact that I, Meghan McCain, co-host of 'The View,' don't know when or how I will be able to get a vaccine because the rollout for my age range and my health is so nebulous, I have no idea when and how I get it."

McCain offered a solution to her frustration: getting rid of Dr. Fauci, one of the leading figures in fighting the COVID-19 pandemic in the United States.

"I think we need to have more people giving more opinions and honestly quite frankly, I think the Biden administration should remove him and put someone in place that does understand science or can talk like these other countries about how we can be more like these other places that are doing this successfully."

In true Meghan McCain fashion, The conservative pundit has turned a day in memoriam for the hundreds of thousands of preventable deaths in the United States into a conversation about herself. As the conversation continued, co-host Whoopi Goldberg exasperatedly decided to cut to commercials before McCain could come any closer to becoming a real-life version of Gretchen Wieners.