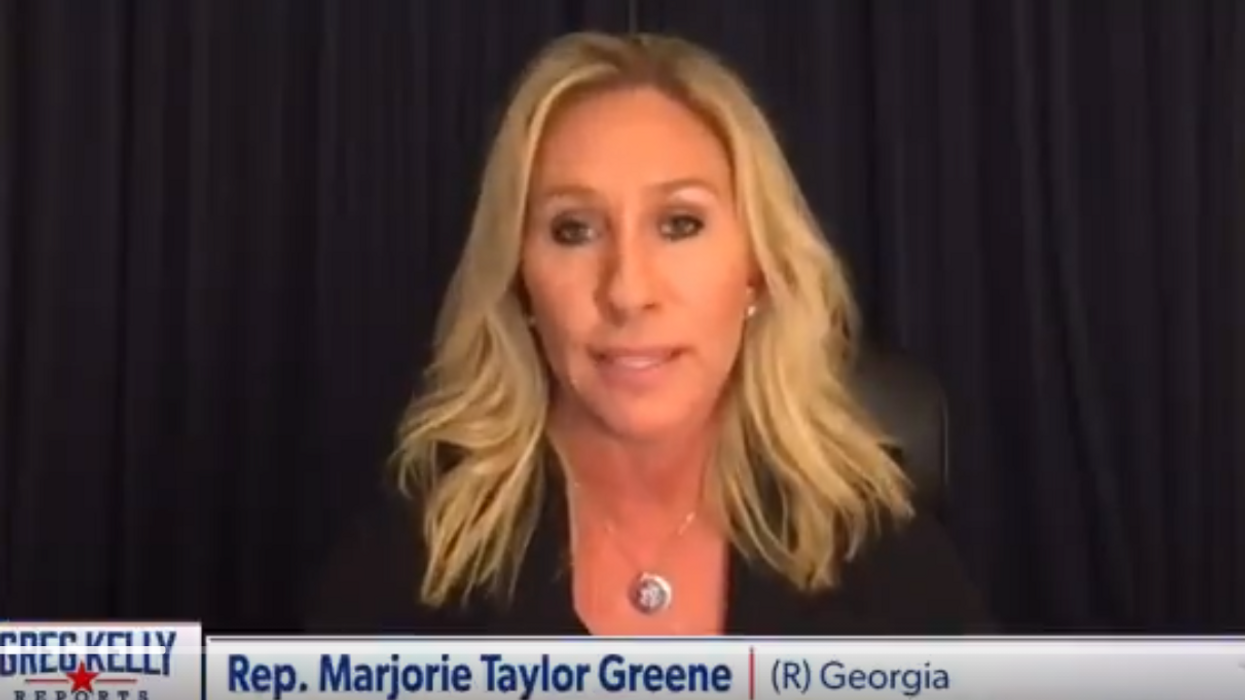 Less than 24 hours before thousands of Trump supporters would storm the U.S. Capitol in an armed and deadly insurrection Rep. Marjorie Taylor Greene (R-GA) stood with that same building in the background and told MAGA adherents to "get ready to fight for America tomorrow."

Greene, a racist and QAnon conspiracy theorist who has not stopped making incendiary remarks even after being stripped of her committee assignments last week, also told supporters, "Trump was re-elected for four more years," which is a lie, part of the Big Lie Trump and his cult have been spreading since the November election.

The Congresswoman, who last week told her colleagues in the House that she was "allowed to believe" the QAnon cult claims to were real, also falsely claims the Electoral College vote was "stolen."

Stressing that "tomorrow," the day of the Capitol coup, is a "very important day in America's history," Greene says, "we can't allow our integrity of our elections to be stolen."

Scott Dworkin, the Co-Founder and Executive Director of The Democratic Coalition posted the video to Twitter Tuesday morning, and it has gone viral. The video has been viewed nearly 875,000 times in just under 14 hours.

Marjorie Taylor Greene says "get ready to fight for America tomorrow," the day before the attack, while in front of… https://t.co/s7K5WmiKEt
— Scott Dworkin (@Scott Dworkin)1612832388.0