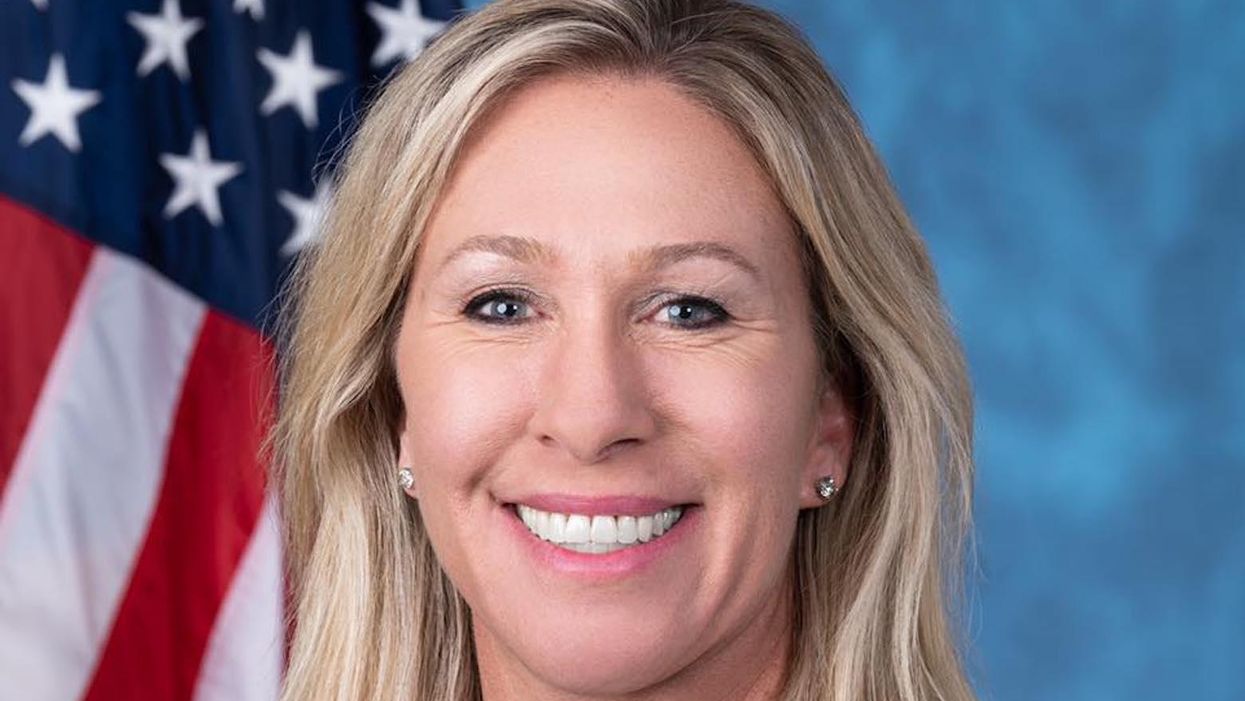 Last night, nearly a dozen Republicans joined all the Democrats in the House to strip Marjorie Taylor Greene, a Donald Trump protégé from Georgia, of her committee appointments — in particular, her place on the powerful House Budget Committee. This was in response to her incendiary speech and fear-mongering before taking office. In effect, they neutralized her, as it were. If you don't have a seat at the table, especially the big government money table, you don't have much in the way of leverage or bargaining.

You could say, however, this was her second neutralizing. The first one she did herself. As Jonathan Bernstein noted this morning, it's not like Greene went to Washington to govern. Her role is demagogic. Leverage and bargaining, bills and laws—these are beside the point. The main point is creating conditions in which she can appear to be in a near-total state of persecution to speak for Americans who feel the same way.

Marjorie Taylor Greene did not go to Washington to represent the will of the people, because, to God's chosen people, representing the will of "the people" is an abomination.

Constituents from Georgia's most conservative corner didn't send her to the United States Congress to represent them, to fight for their interests or their share of the big government money, to "bring home the bacon." They sent her to Capitol Hill to die on that hill, like Jesus Christ on the Cross at Calvary, in order to reenact the suffering of God's chosen at the hands of His enemies. Her job is to manufacture crisis in the absence of one. "The whole point of evangelicalism is that you get to constantly be persecuted," said Chrissy Stroop, "and you enjoy moral superiority from that."

A worldview in which you're always persecuted is a worldview in which you're never responsible, because being responsible would mean you're possibly to blame, which is impossible, because the persecuted are always blameless. Acting out some measure of contrition, when absolutely forced to, is an opportunity to show why you're always persecuted. Before the vote last night, Greene said she was being wrongfully accused, and because of that, the Democrats should be apologizing to her, not the other way around, which totally makes sense given they're the enemies of God's chosen people.

"I was allowed to believe things that weren't true, and I would ask questions about them and talk about them, and that is absolutely what I regret," Greene said. "Because if it weren't for the Facebook posts and comments that I liked in 2018, I wouldn't be standing here today, and you couldn't point a finger and accuse me of anything wrong."

A worldview in which you're accountable to God only, rather than to people of equal worth and dignity with whom you share responsibility in human affairs, is a worldview inherently hostile to a free republic. It will not tolerate diverse interests, nor will it tolerate a republic's tendency to flatten hierarchies of power and privilege. But "demographic change," as the thinking goes, is not the only reason for this hostility.

Marjorie Taylor Greene did not go to Washington to represent the will of the people, because, to God's chosen, representing the will of "the people" is an abomination. Authority does not arise from below, from the consent of the governed. It comes from above, from God. It doesn't matter to Greene that she was removed from committees—that the tools of lawful democratic engagement with other human beings worthy of dignity and respect were taken away—because democracy is the problem. To engage democratically in a republic of equals is to make common cause with the enemy.

Jim Jordan, the House Republican, made a lot of noise the day before Thursday's vote. On Fox, he portrayed accountability for Greene as a "slippery slope." "Who's next?" he said. If the Democrats "keep attacking people, their First Amendment free speech rights, where does it end? … It won't stop with Republicans. It'll go to all of us. If we don't stop it now, every single American is at risk. And that's what concerns me."