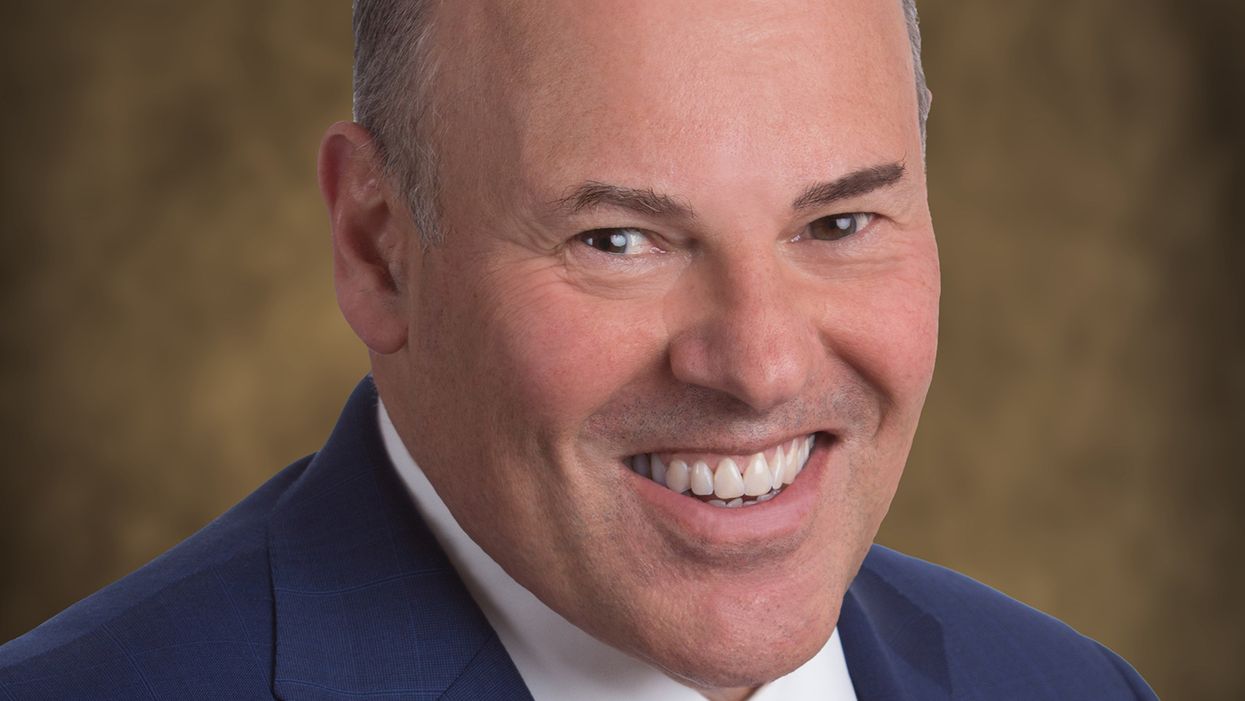 Undeterred by the backlash and widespread delays that followed his disruptive operational changes at the U.S. Postal Service last year, Postmaster General Louis DeJoy is reportedly planning to roll out another slate of policies that would significantly hike postage rates and further slow the delivery of certain kinds of mail.

While the plan has yet to be finalized, new details of the proposal—first reported by the Washington Post—intensified pressure on President Joe Biden to take decisive action before DeJoy inflicts any more damage on the most popular government institution in the country.

"Fire DeJoy before he burns down the USPS," Zephyr Teachout, associate professor of law at Fordham University, tweeted Saturday. "Biden has the power to fill the board that decides his fate. That board should be full of people who believe in public postal services. And that board must be ready to fire him quickly."

According to the Post, DeJoy—with the support of the USPS Board of Governors, which is composed entirely of Trump appointees—is "preparing to put all first-class mail onto a single delivery track... a move that would mean slower and more costly delivery for both consumers and commercial mailers."

The postmaster general has also "discussed plans to eliminate a tier of first-class mail—letters, bills, and other envelope-sized correspondence sent to a local address—designated for delivery in two days," the Post reported. "Instead, all first-class mail would be lumped into the same three- to five-day window, the current benchmark for nonlocal mail."

"The plan also prevents first-class mail from being shipped by airplane," the Post noted, "forcing all of it into trucks and a relay of distribution depots."

In addition to the new operational changes—which would be piled on top of the DeJoy policies that dramatically hampered USPS performance last year amid the coronavirus pandemic and national elections—the postmaster general intends to "push for significantly higher postage rates" in the name of raising revenue, according to the Post.

The new details of DeJoy's plan came as a growing number of Democratic lawmakers and outside progressives are urging Biden—who by law cannot fire the postmaster general himself—to take the forceful step of terminating every sitting member of the postal board and filling it with officials committed to preserving and strengthening the USPS as a public service. Postal governors, who can remove the postmaster general by a majority vote, must be confirmed by the U.S. Senate, which Democrats narrowly control.

Late last week, Sen. Tammy Duckworth (D-Ill.) became the first senator to call on Biden to quickly fire and replace every current member of the postal board, arguing in a letter that such as move is necessary to "restore accountability and credibility" and "send a message to future leaders that silence in the face of a campaign of sabotage will not be tolerated."

Supporters of the move argue that replacing the entire postal board would set the stage for DeJoy's ouster and begin the process of undoing the damage he has inflicted during his eight months in power. Biden has the authority to fire postal governors "for cause," and proponents of removing the sitting board members argue that their complicity in DeJoy's assault on the USPS would qualify as sufficient cause.

"They have proven to be a cabal of cowards, complicit in DeJoy's attacks, derelict in their duties, and unwilling to hold the postmaster accountable," Rep. Gerry Connolly (D-Va.) tweeted on Friday. "America deserves a clean slate."

Biden should fire the governors of the USPS who appointed DeJoy, install new ones, and have them fire DeJoy. He sho… https://t.co/59GDLJfcRu
— Robert Reich (@Robert Reich) 1613242553.0

Alternatively, Biden could fill the three vacant governor spots on the postal board; combined with the two Democrats currently on the board, three Biden-appointed governors would give Democrats a majority. But as Slate's Aaron Mak and Mark Joseph Stern wrote last week, that more cautious approach has potentially significant limitations.

"Filling these vacancies is the simplest way for Biden to get rid of DeJoy, though there is no guarantee that it will actually work," Mak and Stern noted. "The new board would include five Democrats—but one of them, Donald Lee Moak, is a Trump-appointed moderate who, along with the rest of the board, backed DeJoy when he came under fire for his alleged corruption."

"It appears unlikely that Moak would choose to oust a postmaster general whom he supported through this summer's controversy," they added. "And if Moak declined to join Biden's nominees in firing DeJoy, the postmaster general would retain his position indefinitely."

But the Biden White House has signaled that it is nevertheless planning to pursue the strategy of simply filling existing vacancies, saying in a statement last week that the president is focused on appointing officials who "reflect his commitment to the workers of the U.S. Postal Service—who deliver on the post office's vital universal service obligation."

U.S. Mail Not for Sale, a worker-led campaign sponsored by the American Postal Workers Union and the National Association of Letter Carriers, is collecting signatures for a petition calling on Biden to nominate board members who are "fully committed to vibrant, public, and universal postal services" and opposed to DeJoy's "agenda of cutting service and slowing the mail."

"Filling the vacancies on the postal board," the petition reads, "is essential to build back better the Postal Service and to serve our communities and to help heal our economy."