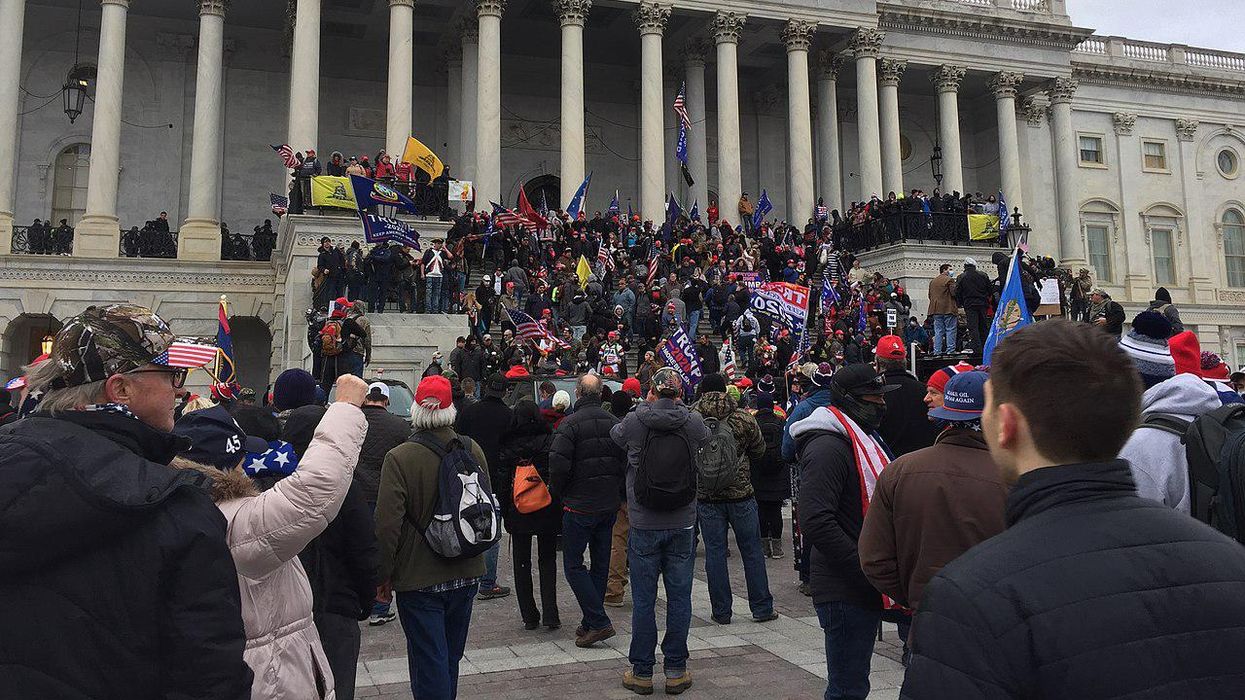 During Donald Trump's presidency, reporters spent a lot of time debunking nonsense conspiracy theories coming from QAnon and other far-right extremists. The problem is that those who accept conspiracy theories as fact don't trust the media outlets that are doing the debunking. College professor Barbara Fister, in an article published by The Atlantic on February 18, stresses that an aggressive and comprehensive campaign of "information literacy" is badly needed — noting that libraries can play an important role in fighting conspiracy nonsense.

Fister, for more than 30 years, has been teaching college courses and holding workshops on information literacy. Bogus conspiracy theories existed long before Trump's presidency; the John Birch Society promoted plenty of them during the late 1950s and 1960s. But in recent years, it has been easier for the people who buy into them to stay in their information bubbles —which makes promoting information literacy more important and more challenging than ever.

"For too long now, shared reality has been fracturing before our eyes," Fister explains. "Eli Pariser's concept of the 'filter bubble' is already a decade old. Yochai Benkler's research on propaganda networks finds that the roots of our epistemic crisis predate even the existence of the social web. The origins of this broken informational environment may be complicated, but the stakes are quite clearly life-and-death — and they prompt a question: How can so many people believe things that are obviously untrue?"

QAnon, for example, believes that the United States' federal government has been infiltrated by an international cabal of child sex traffickers, Satanists and cannibals thanks to billionaire George Soros and other prominent Democrats — and that Trump was placed in the White House to fight that cabal. Those who buy into such ridiculous claims obviously suffer from serious information illiteracy, and the severity of the problem was evident on January 6 when members of QAnon were among the extremists who violently attacked the U.S. Capitol Building. As QAnon supporters saw it, keeping now-President Joe Biden out of the White House was necessary in order to push back against the child sex traffickers, Satanists and cannibals.

But promoting information literacy, as Fister points out, is hard work.

"The present moment demands serious inquiry into why decades of trying to make information literacy a universal educational outcome hasn't prevented a significant portion of the population from embracing disinformation while rejecting credible journalistic institutions," Fister observes. "This failure has many roots: the low social status of teachers and librarians relative to those in other professions, the lack of consistent instruction about information and media literacy across students' educational experience, the diminishment of the humanities as a core element of general education, and the difficulty of keeping up with technological change and digital culture have all played a role."

Fister goes on to explain what an effective information literacy campaign can look like.

"What happens in classrooms under the banner of information literacy has to include an understanding of information systems: the architectures, infrastructures and fundamental belief systems that shape our information environment, including the fact that these systems are social, influenced by the biases and assumptions of the humans who create and use them," Fister notes. "Otherwise, educators and students will make no progress in healing our current crisis of faith."