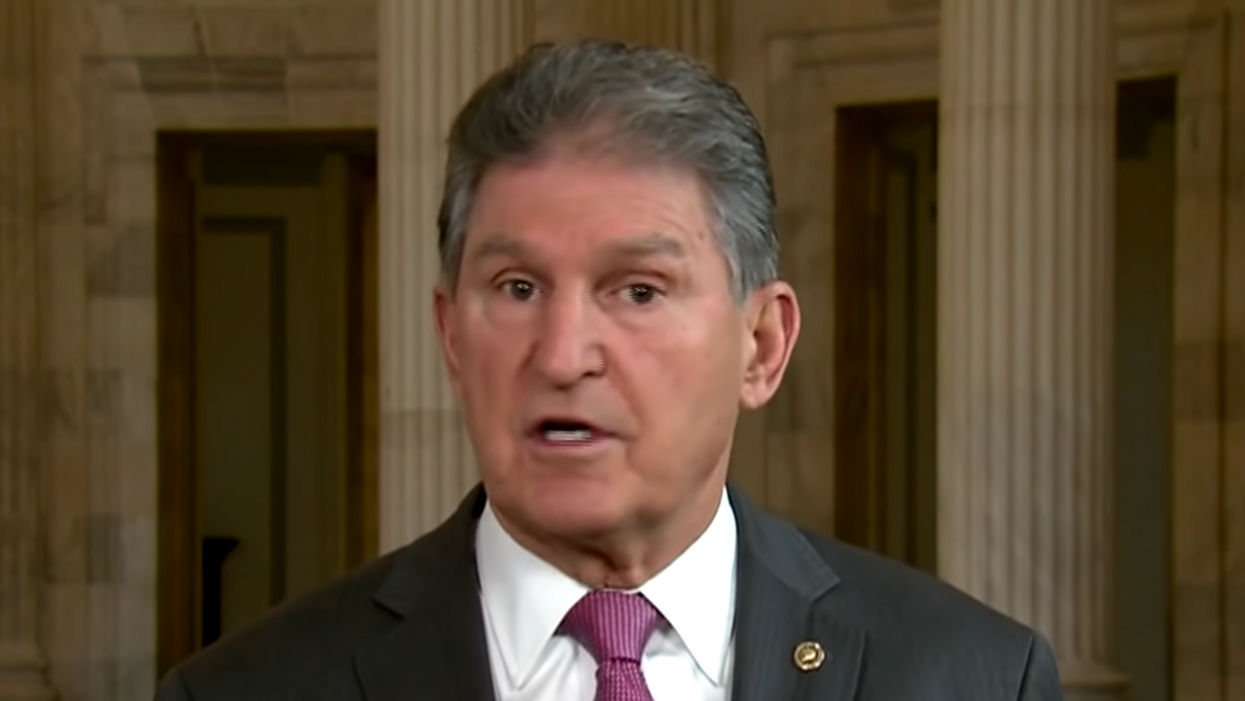 U.S. Senator Joe Manchin (D-WV) is responding to massive criticism of him over the past few days, culminating in allegations of sexism and racism, over his announcement he is opposed to President Joe Biden's pick to head the Office of Management and Budget.

"Oh come on," Manchin, who heads the Senate Committee on Energy and Natural Resources, told NBC News' Garrett Haake when asked about his opposition to Neera Tanden, "it's not personal at all. No, no."

Tanden is a woman of color. Born to Indian immigrants, she has been president of the liberal think tank Center for American Progress for nearly a decade. She also served in both the Clinton and Obama White Houses and as an advisor to Hillary Clinton's presidential campaign.

Manchin and Republicans have been attacking her over her admittedly mean tweets, many of which she chose to delete in an apparent effort to show contrition. She's also repeatedly apologized.

Manchin declared he was unsure of her nomination on Monday.

That would be two of President Biden's picks Manchin seemingly opposes, both women of color, and neither of grounds they are not qualified.

Many say they are starting to see a pattern with Manchin, a Democrat so conservative there are three Republicans to the left of him. That pattern involves giving Republican presidents and male nominees, especially white male nominees, great deference, as his voting history proves.