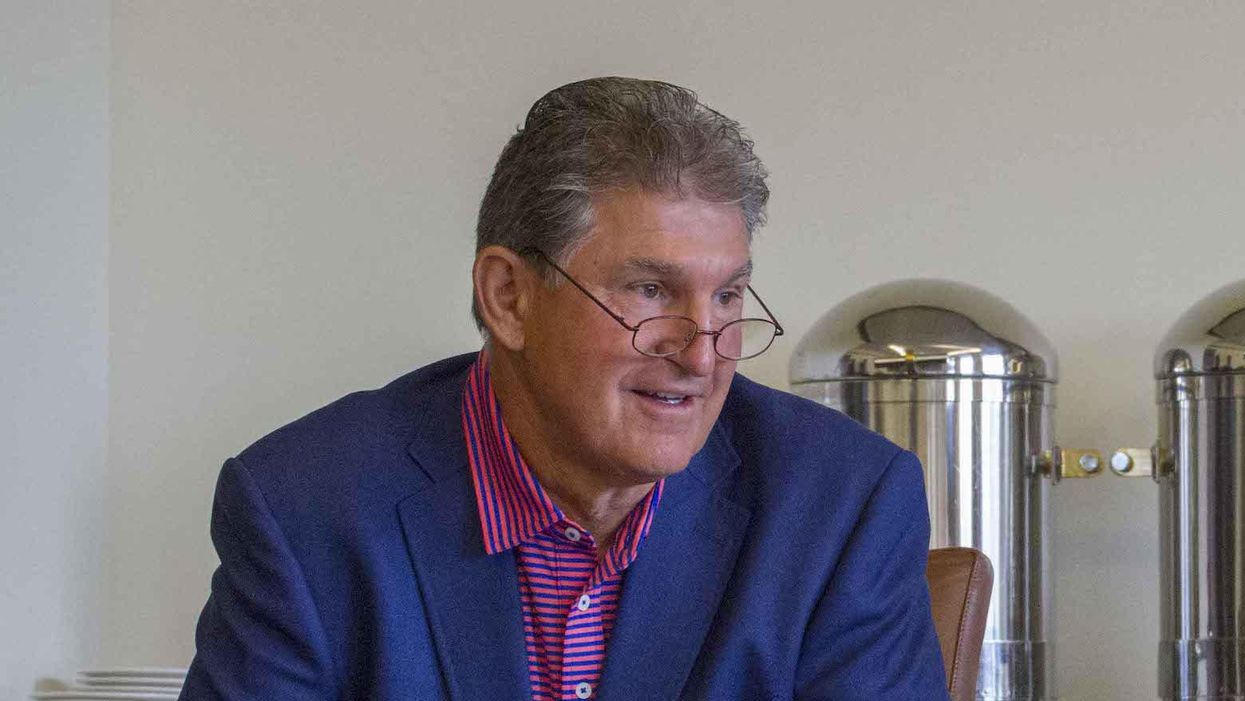 Joe Biden and the Democratic Party do not have a Joe Manchin problem. Not yet anyway. But some leftists are already predicting the imminent fate of the president's domestic agenda, which is to say, its doom. They point to Manchin's comments about the minimum wage, the filibuster and, most recently, the nomination of Neera Tanden. They point to pretty much anything seeming to prove what they already believe to be true about the Democratic Party—that at some point it's going to betray the left.

That might happen. It's not currently happening, though. What is happening is what you'd expect to see happen after a party wins a governing mandate. Pre-election, everyone left of center was focused on victory. Post-election, everyone's jockeying, bargaining and figuring out ways to exploit opportunities. When Joe Manchin, the senior United States senator from West Virginia, says he's does not support zapping the filibuster, does not support raising the minimum wage, and does not support the confirmation of Tanden to head the White House Office of Budget and Management, take it with a large grain of salt. Yes, he might mean it. As likely, though, he's signaling the desire to be seen as the Joe No. 2 that Joe No. 1 has to go through.

To be sure, leftists might be proven right over time in saying this looks just like the time Joe Lieberman put himself in a position to sabotage the antiwar effort before sabotaging the Affordable Care Act. But let's keep our heads. One, Manchin is not Lieberman, the former United States senator from Connecticut. Two, 2021 is not 2009. (It sure as hell isn't 2003.) Lieberman reflected at the time the center of the Democratic Party, which was at the time closer to the center of the GOP than their respective centers are now. While Manchin is today on the party's margins, Lieberman is off the grid. But the important thing about the Manchin-Lieberman analog is not what it says about today's politics. It's what it says about the leftist view of today's politics.

By that, I mean it's stuck in the '90s. President Bill Clinton merged Reaganism, and all that school of political thought was understood to mean in terms of socioeconomic policy, into the Democratic Party even as he won support of the party's traditional interest groups. That combination pushed what had been the core of the Democratic Party—decades' worth of New Deal, Great Society and social movement energies—to the margins, and that's where it stayed all the way up to and including the election of the first Black president. Barack Obama's eight years are probably best understood as a transition during which the old liberal democratic energies reasserted themselves before dominating the party during the white-backlash years of Donald Trump. Leftists, however, aren't adjusting. They see betrayal behind every bush and tree. They insist on betrayal even as other leftists, like Bernie Sanders, get on with business.

Again, they might be proven right in time. But we should think about what counts as proof. It won't be, in the case of Joe Manchin, his opposition to Neera Tanden, the head of the Center for American Progress. While she'd be very good at that job, and so far Biden is sticking with her, any technocrat with the right skills could do it. More important than Tanden is Deb Haaland, who would be the first Indigenous American to head the Department of the Interior, including oversight of the Bureau of Indian Affairs. If Joe Manchin votes against her, then we might have a Joe Manchin problem. (Ditto if he gets in the way of the Democratic plans to reform the voting system.)

What about the filibuster? The question isn't so much does Manchin want to preserve an arcane Senate rule. Instead, does he want to 1) keep the filibuster as means of dodging hard votes and/or 2) bring home the bacon to his constituents? Only Manchin can do that calculus, but the rest of us can rest assured he'll send a message to a president ready to strike a deal whenever he's ready. Same thing goes for the minimum wage. I have zero doubt Manchin would kill off a free-standing wage bill, but there's less certainly with the president's latest gambit of shoehorning it into the nearly $2 trillion covid relief package, which is popular in West Virginia, as everywhere else.

But even if that provision failed, there are other ways of raising wages—namely, trust-busting. Biden doesn't need the Congress. All he needs to do is recognize the problem of accumulated private power bending the republic in the direction of fascism, and use existing law and statutory authority to smash monopolies into pieces, thus creating business entities forced to compete for workers by offering higher wages. It would be easier if Manchin and the rest of the Congress just played ball. My point, however, is that Manchin isn't clearinghouse some of the far left are making him seem to be.