White House press secretary hilariously takes the wind out of a reporter, 'conservative Twitter' and Trump 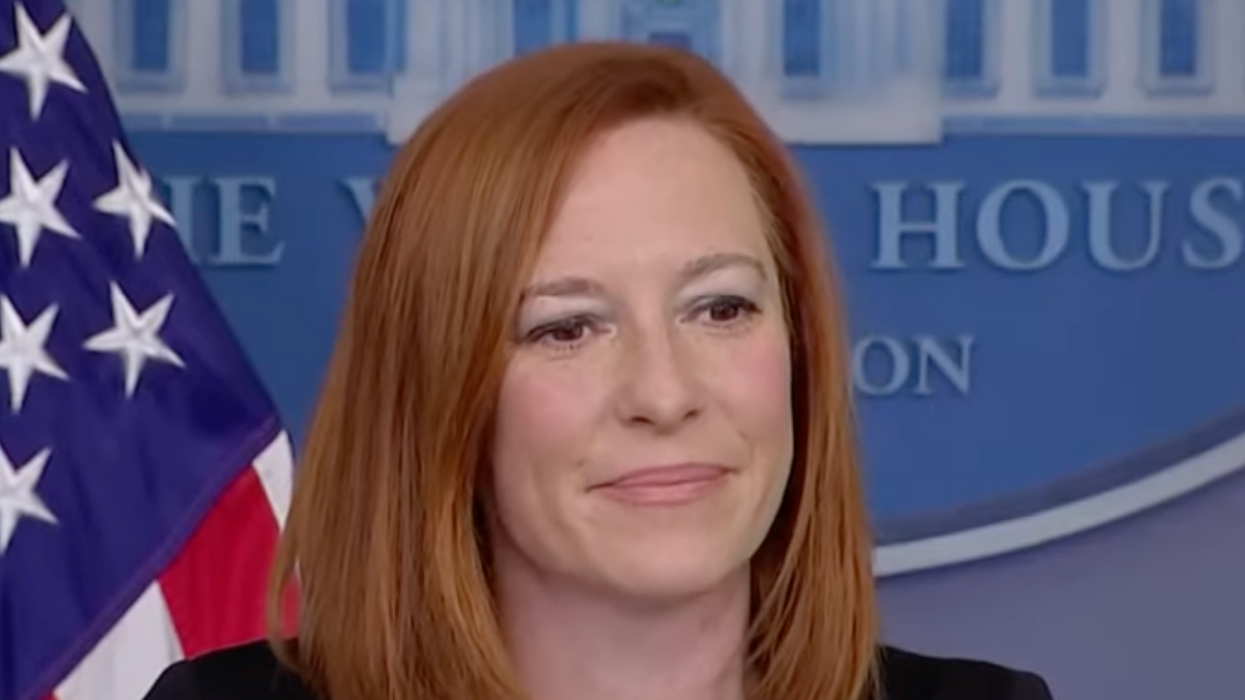 Less than two weeks into the new Biden administration White House Press Secretary Jen Psaki is earning a reputation as a no-nonsense, no rumor-mongering, no guff leader in the briefing room who is determined to set an appropriate tone.

On Monday one reporter asked about President Joe Biden meeting with Republicans on a COVID relief bill today. He tried to stir up trouble. It didn't go over well.

"There are Democrats who are seeing that the first meeting the President is having face-to-face with lawmakers is with Republicans and not Democrats. Why is the White House doing that?" asked CBS News' Ed O'Keefe.

"Are there any specific Democrats you want to call out?" Psaki offered.

"No, but it's been talked about," he replied.

"Just people talking about it in hallways? Ok," Psaki responded, effectively though politely dismissing the question he couldn't back up, and sending a strong message to the press that gossip won't be entertained in the briefing room.

Taking another polite jab at critics, Psaki also noted that last week she was getting attacked by the right for not lying or making up answers, but promising reporters if she didn't have an answer for them she would "circle back later."

"White House Press Secretary Jen Psaki confused millions of Americans during her daily press briefing Monday; saying she was going to 'disappoint Conservative Twitter' by 'circling back on a number of things.'"

(There probably are not "millions" even watching the White House press briefing.)

And finally, another reporter asked if the disgraced former president, Donald Trump, being banned from Twitter had made her job, and the administration's job, easier.