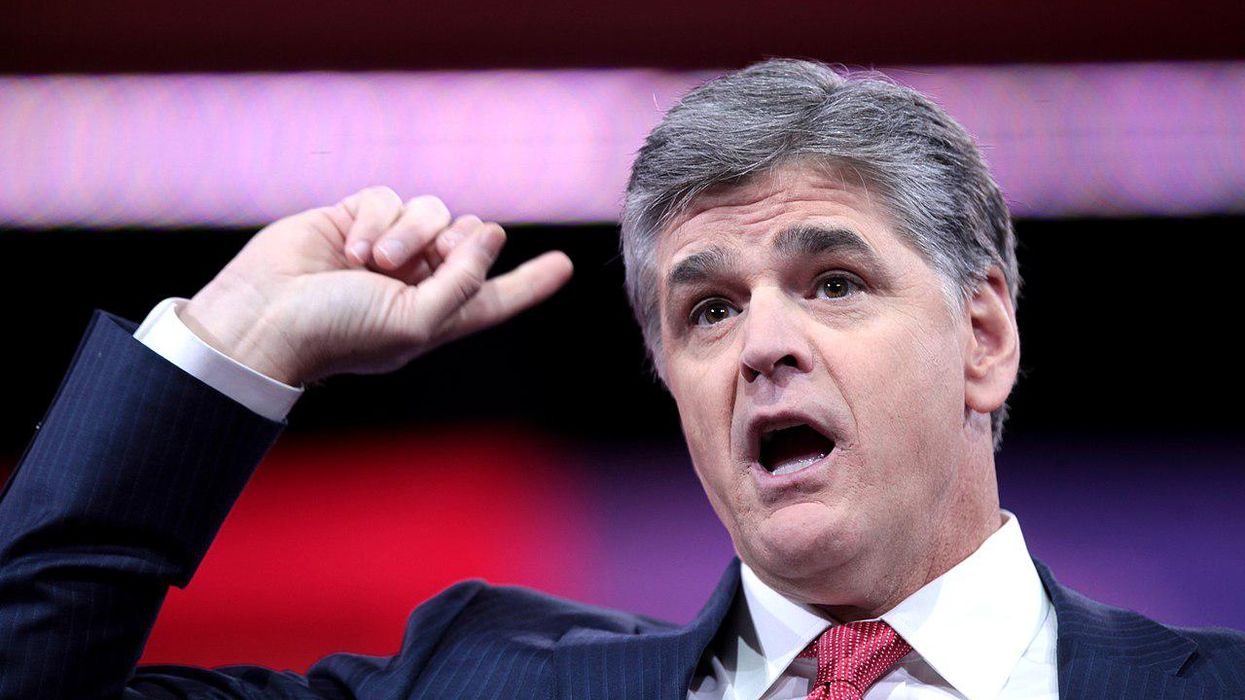 Many cable news pundits, including conservatives like MSNBC's Joe Scarborough, have argued that Rep. Jamie Raskin, a House impeachment manager, performed much better than Donald Trump's attorneys during the first day of the former president's second impeachment trial. But Fox News' Sean Hannity insisted on Tuesday night that Trump's legal team had the better presentation — and he tried to make his point by interviewing Trump attorney David Schoen.

According to some legal experts, though, Schoen's comments gave legal ammunition to the pro-impeachment side.

Hannity declared, "[For] two Februaries in a row, Democrats are conducting a show trial in the U.S. Senate to impeach and convict Donald J. Trump, who's president-in-exile, according to Jim Acosta. And while the first unsuccessful charade was pretty terrible, the sequel is even worse….. The president's attorney, David Schoen, had a great day, in my opinion."

After bringing Schoen on, Hannity asked him, "If we apply the Democratic standards for how they define incitement and insurrection — if that same standard is applied, do they not all deserve impeachment too?" And the attorney responded, "Yeah, I would say, you know, listen, if they tried to impeach them, I would say that also is an abuse, was an abuse, of the impeachment process. But your point is: they're using rhetoric that is just as inflammatory or more so. The problem is, they don't really have followers, dedicated followers when they give speeches."

According to Asha Rangappa — a former FBI special agent who is now a legal analyst for CNN — Schoen's comments on Hannity's show were helpful to the pro-impeachment side: