The overlooked success of the House impeachment managers 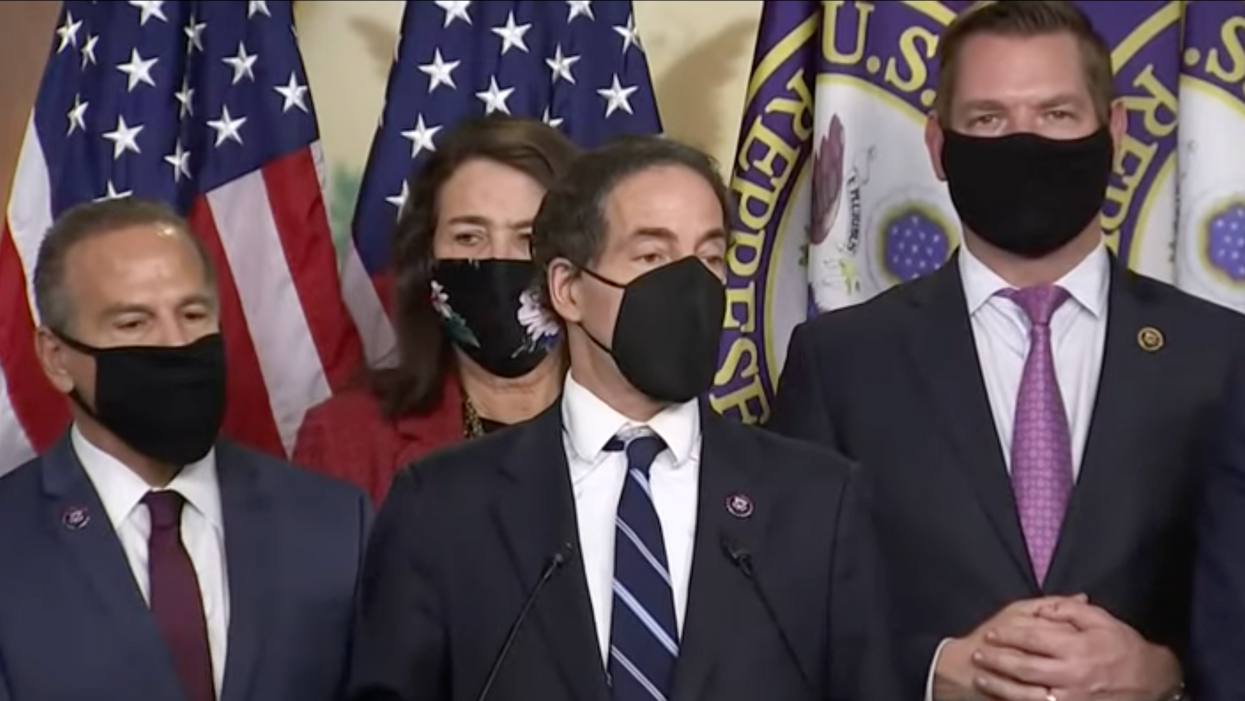 The United States Senate acquitted Donald Trump Saturday of the charge of inciting an insurrection against the United States government. Though the Democratic impeachment managers failed to convict, let's remember something central to their project. They needed 67 of 100 senators to vote for it. That's not a majority. That's not even a supermajority. That's a superdupermajority, a numeric threshold the Constitution's framers created expressly to stop passions endangering the republic.

This needs saying, because many of us, I suspect, have forgotten that the goal of convicting a former president, and thus disqualifying him from running again in four years' time, was always improbable. Yes, the evidence was damning. It was public. It was abundant. It was overwhelming. It hardly needed arguing at all. But let's not fool ourselves into thinking an open-and-shut case of treason, which is what it was, would win over a superdupermajority of the United States Senate. Normal people tend to live in a world in which morality prevails much of the time over self-interest. Senators are not normal. Republican senators are especially abnormal. They are exquisitely sensitive to the temptations of power, because in the end, that's all that really matters to them.

Many of us have forgotten that the goal of convicting a former president, and thus disqualifying him from running again in four years' time, was always improbable.

There's something else that needs saying. Our democratic republic produced these fascists. Democracy, because it is the sovereignty of the people—the sovereignty of every kind of person of every ideological stripe—is always going to produce people who'd kill off democracy if given half a chance. The framers knew this. That's why they were so skeptical of democracy, and enshrined numeric thresholds in the Constitution, like the superdupermajority threshold that saved Donald Trump's ass. Forty-three GOP senators voted to acquit a former president of betraying the republic. While some are blaming the Democrats for not doing this or that thing that might have persuaded them to convict, remember the Republicans represent people. If 43 of them are OK with betraying the republic, roughly two-fifths of Americans are probably OK with it, too.

I'll get back to this in a minute, but for now, let's consider the following question. Given the extraordinary constitutional threshold the Democrats had to overcome to achieve their goal, did they fail? A majority of senators took their side. More than that, a bipartisan majority took their side. Seven Republicans joined 50 Democrats in voting to convict the former president of inciting an insurrection against the United States, making the vote to convict the least partisan in history. (Mitt Romney was the only Republican to vote to convict Trump in last year's trial, and even then, Romney only voted for the first article of impeachment, not the second.) Seven Republicans decided this time around that the evidence was so damning, the Democrats' argument so persuasive, they had to overcome their natural partisan interests to vote to convict.

Obviously, the Democratic impeachment managers did fail. Trump was not convicted. But they succeeded in democratic terms—in terms of the political legitimacy and moral authority of the majority. While it was devastating to see 43 Republican senators OK'ing treason, as it is devastating to consider two-fifths of the electorate OK'ing treason, it should be heartening to see 57 senators from both parties—a hearty three-fifths of the electorate—take the side of democracy and the republic, warts and all.

Even Mitch McConnell, the Senate minority leader, seemed to suggest during a floor speech after the vote that the House Democrats won the argument. "There is no question, none, that President Trump is practically and morally responsible for provoking the events of the day," he said, adding that Trump did not stop the insurgency, but watched it on TV. "A mob was assaulting the Capitol in his name. These criminals were carrying his banners, hanging his flags and screaming their loyalty to him."

McConnell voted to acquit the former president. Never, ever, forget that. But when even democracy's gravedigger, which is make no mistake what McConnell is, concedes to the moral authority of a democratic majority, that suggests, to me anyway, that the winners don't always write the history. Sometimes, the losers do. That history must be a story about a traitorous leader of an armed insurrection who got off on a technicality thanks to his buddies on the jury. That story must be about an injustice no patriotic Americans will let stand, politically or legally. It must be a story about white-power goon squads emboldened by Trump's acquittal by his co-conspirators, a story about how fascists must be crushed in the name of law and order and love of country.

That is the story that must be told, frequently and loudly.

That is the story that must be told, because it's the truth.