Republicans hope to distract from their party's extremists by scapegoating teachers 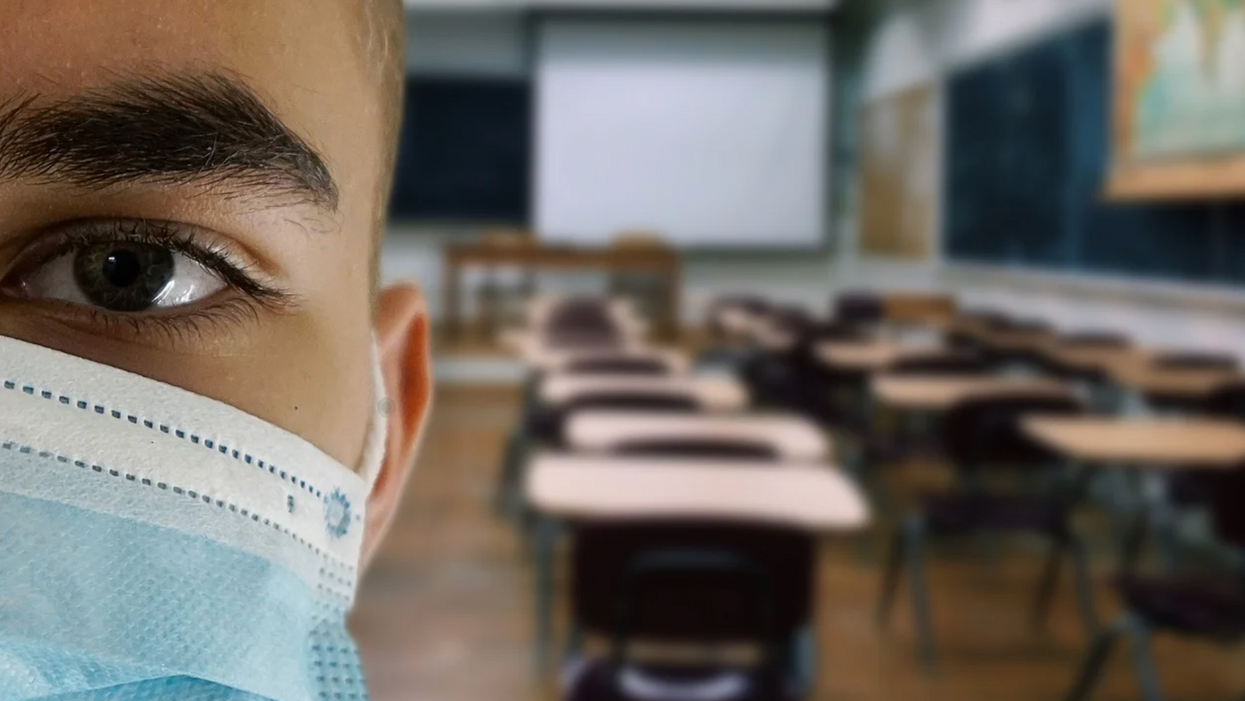 Republicans think they have their new plan to divide and conquer and distract the nation from extremists within their own party and the attack on the U.S. Capitol. They're going to attack teachers for not wanting to go into unsafe working conditions in a pandemic.

Well, they say they're attacking teachers unions, but make no mistake: Republicans are attacking teachers. Because the thing is, unions are made up of workers, and teachers are the workers in teachers unions (most of them, anyway), and in the cities where there have been contentious debates over in-person schooling, it is absolutely the teachers, not some abstract bureaucracy, fighting to stay out of poorly ventilated, crowded classrooms.

"Science is not the obstacle. Federal money is not the obstacle. The obstacle is a lack of willpower," Senate Minority Leader Mitch McConnell said Wednesday. "Not among students. Not among parents. Just among the rich, powerful unions that donate huge sums to Democrats and get a stranglehold over education in many communities."

What, we're to believe that the "rich, powerful unions" just decided to pick this specific fight for no good reason? Like, Randi Weingarten, president of the American Federation of Teachers, and Becky Pringle, president of the National Education Association, got together and decided that the best way to build power was to use a ton of political capital blocking in-person education? Oh, please. This is definitely a case where the teachers have pressured their leaders, and the reason for that is that teachers are scared.

What's more, teachers are scared because people keep telling them that going into the classroom is safe if a long list of precautions are observed, and they know that in many of their school systems, there is no chance of that. They have stories of being in crowded classrooms where the windows don't open to circulate fresh air in, and they're not allowed to prop doors open because that could put them in danger in case of a school shooting. They have stories of schools where the way students are kept from being within six feet of each other for 15 minutes is that every 12-14 minutes they're told to get up and walk around. They have photos showing creative interpretations of how far six feet really is.

What teachers are saying is that, contrary to McConnell's claim that "Federal money is not the obstacle," federal funding has been totally inadequate to the task of making schools safe, and local leaders haven't necessarily been any better. They're pointing out that studies of COVID-19 transmission in schools have been and continue to be all over the map when it comes to the role of schools in transmission, while the media lines up to highlight the most comforting data.

In Chicago, the teachers union is forcefully pointing out that parents, too, are voting with their feet. Just 19% of Chicago students went back to school in person this January even as the city did everything possible to force teachers into classrooms. The teachers union points to racial disparities in which students have gone back—white parents are far more likely to send their kids in person than are Black parents—and points out that the plans for simultaneous in-person and remote teaching will further disadvantage remote students. Students who are, again, disproportionately likely to be Black.

It's not just Chicago where Black families are opting out of in-person school during the pandemic. So, yes, basically everyone agrees that remote education is not great. But you don't get to cite in-person learning as a racial equity issue when the kids who will go back will be disproportionately white. You get to criticize a system that has for too long given Black families reason to be suspicious of how much it values their children's safety. You get to point out the inequities that are being exacerbated by a pandemic year in which some schools have the resources to open safely while others don't; in which some kids have private support for remote learning while others don't even have internet access; in which there have been chasms between the rates at which different racial groups have gotten sick, been hospitalized, died.

As all this is happening, as political leaders are saying that the schools are safe while generally refusing to do the things that would make the schools safe—the things that the studies they point to as showing schools to be safe stipulate are what makes schools safe—teachers are also in many states getting bumped down the vaccination priority list. This is not exactly the way to show that you really want to prioritize making schools safe, let's say.

And when it comes to reopening schools, the fears of teachers and the political power of their unions are not the only factors. Montgomery, Alabama, recently shifted to all-remote learning after the deaths of four teachers. It's safe to say that it's not the awesome power of teachers unions in Alabama that motivated that decision. In at least several other districts, schools have had to close or go all-remote because they simply couldn't keep up staffing levels given teachers who were sick or quarantining due to exposure. In Utah, some schools had to go remote so many times due to outbreaks that it added up to 40% of the fall semester.

Vaccinating teachers won't be a perfect silver bullet until we have better data on whether and how much COVID-19 transmission the vaccines block, or until the potentially vulnerable family members of teachers are also vaccinated. But it would be a huge step, and it's one that the same political leaders who are pressing for schools to reopen are not as committed to.

Now, will Republicans be successful at turning parents against teachers by squawking about teachers unions? Probably more than they should be, at least among the white suburbanites they're targeting with that message. It's also possible, though, that Republicans are underestimating just how many people know a teacher. Just a person they know who's a teacher, who may be scared herself.

Either way, this message deserves the utmost pushback. And anyone who doesn't think teachers should be moved up the vaccination priority lists can definitely pound sand. All the sand. All day long.