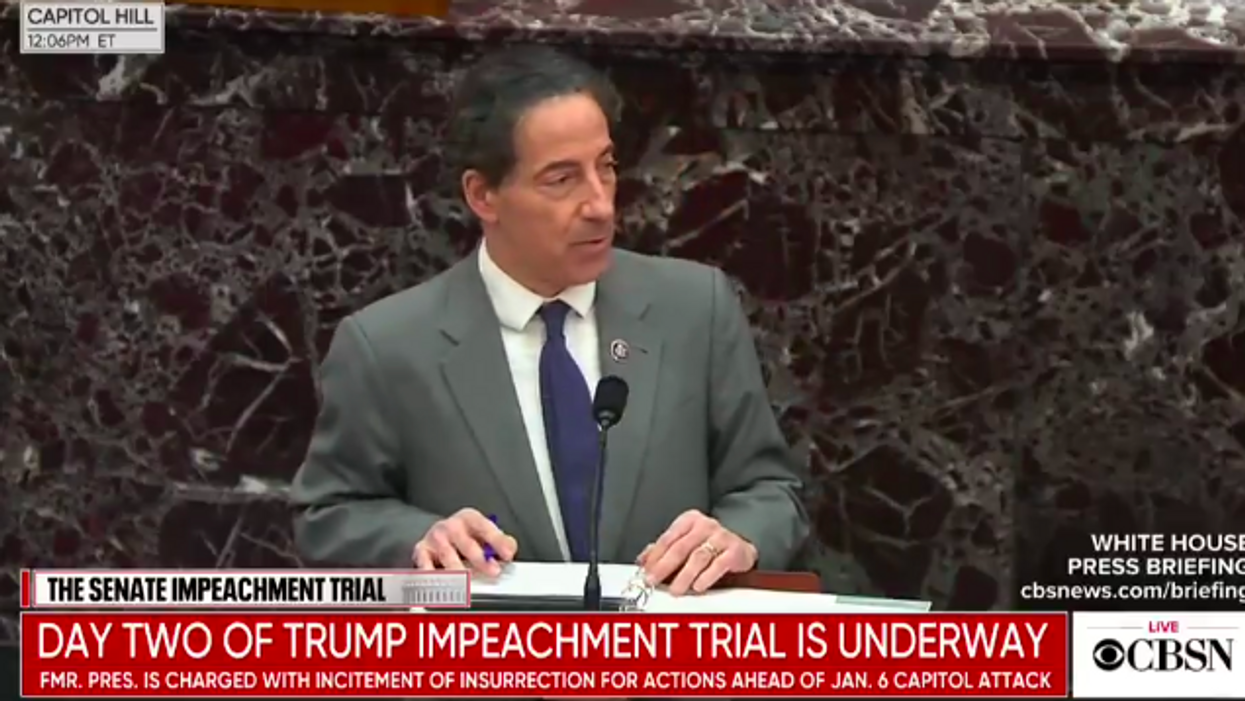 The Democrats' lead impeachment manager, Congressman Jaime Raskin of Maryland, opened Wednesday's Senate trial by focusing on the violence caused by the ex-president, Donald Trump, who he called the "Inciter in Chief."

"You will see during this trial a man who praised and encouraged and cultivated violence," Raskin said.

"'We have just begun to fight,' he says, more than a month after the election has taken place. And that's before the second million MAGA March, a rally that ended in serious violence and even the burning of a church."

"And as the President forecast it was only the beginning. On December 19, 18 days before January 6, he told his base about where the battle would be that they would fight next. January 6 would be 'wild' he promised, be there, 'will be wild,' said the President of the United States of America. And that too, turned out to be true, you'll see in the days that followed Donald Trump continued to aggressively promote January 6 to his followers."

"The event was scheduled at the protest at the precise time that Congress would be meeting in joint session to count the Electoral College votes, and to finalize the 2020 presidential election. In fact, in the days leading up to the attack you'll learn that there were countless social media posts, news stories, and most importantly credible reports from the FBI in Capitol Police that that 1000's gathering for the president save America March were violent organized with weapons and we're targeting the Capitol. This mob got organized so openly, because as they would later scream in these halls and as they posted on forums before the attack, they were sent here by the President. They were invited here by the President of the United States of America."