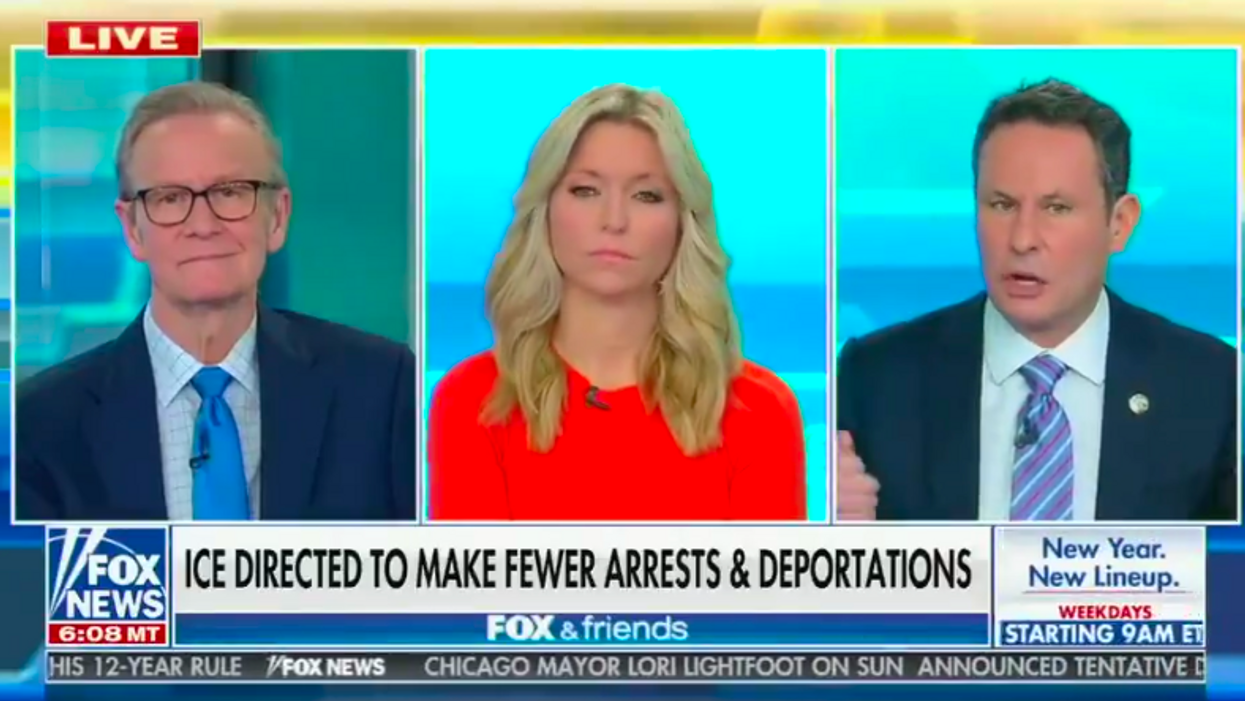 Image via Screengrab.
David Badash
and
The New Civil Rights Movement
February 08, 2021
The co-hosts at Fox & Friends are furious that ICE, the U.S. Immigration and Customs Enforcement, allegedly isn't deporting as many undocumented immigrants under President Joe Biden as it did under President Donald Trump. Brian Kilmeade blasted what he says is a decision by ICE management to tamp down deportations while awaiting instructions from the new Biden administration – and he's furious they are supposedly forced to get permission from superiors in Washington, D.C., presumably at Homeland Security.

"But now, a look at ICE and the reorientation of ICE has many concerned, especially those people on ICE, who go out and try to round up people, criminals, who snuck in here illegally especially those who have committed crimes," Kilmeade said, immediately implying that all undocumented immigrants are criminals.

"Now, according to a according to the new ICE operational plan, they will no longer seek to deport immigrants for crimes such as driving under the influence," Kilmeade alleged.

"Really?" he asked, interrupting himself, apparently believing DUIs warrant deportation, "and assault and will focus instead of national security threats and recent border crossers, there's a belief out there quite a senior ICE official that this Biden administration, couldn't even make this up, they had nothing to do with the decision."

"They are now going to have to get permission from Washington to go and pick up some of these, some of these hoodlums who are nesting somewhere in this country," Kilmeade said, seeming to use an old deumanizing slur comparing immigrants to insects and rodents.