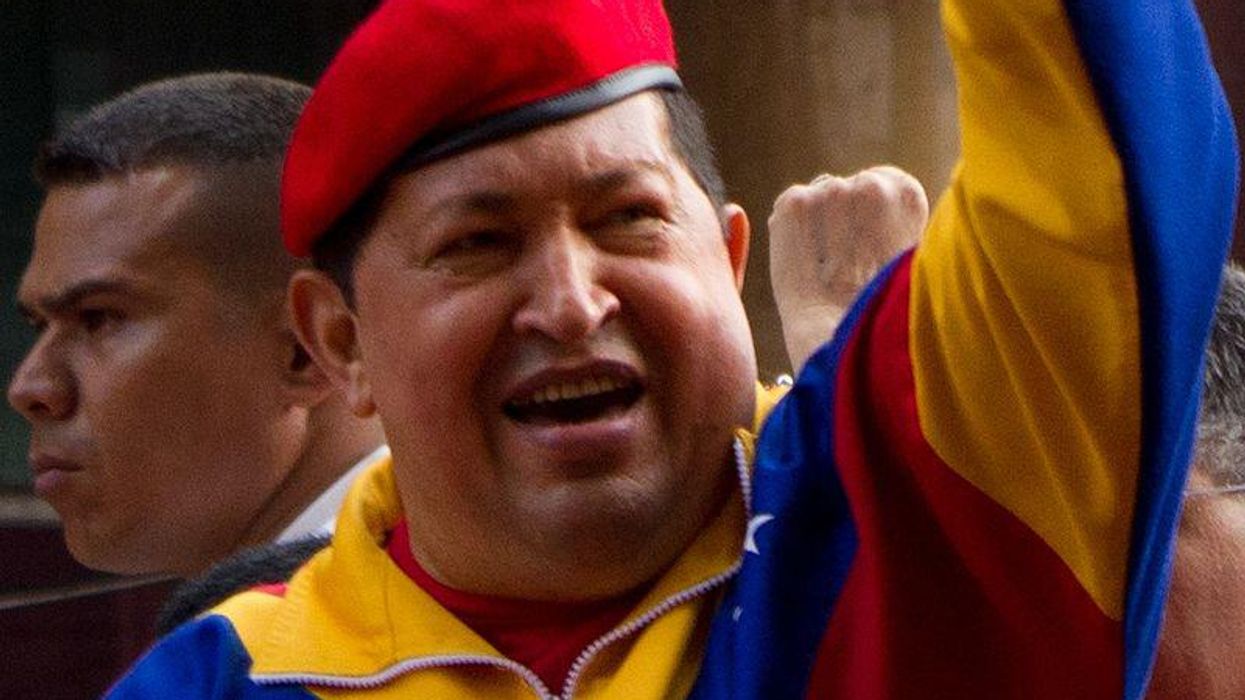 The untold story of the January 6 assault on the United States Capitol is how white supremacists were not out to "stop the steal" of a presidential election in which several of the insurgents didn't even participate. This was a revolt incited by those in power who, although knowing Joe Biden won the election, were certain they could subvert the political order, just like they had been doing for the past four years.

The rise of Donald Trump to the presidency of the United States represents an inflection point in the global erosion of democracy, with the United States downgraded to a "flawed democracy" in 2017. Many understood that as a sign that Trump's victory was a symptom, rather than a cause of deterioration. "Here's the main reason for the US downgrade to the category of flawed democracy," wrote political scientists Dinorah Azpuru and Michael Hall that year. "There was a drop in the levels of trust in political parties, elected representatives and governmental institutions."

If American democracy cannot make sure that demagogues, opportunists, or authoritarians are responsible for their behavior, then the American experiment is over.

During Trump's four years, this democracy has seen changes in its traditional behavior, in both domestic and foreign policy agendas. That Trump ran on a nationalist platform didn't fully prepare us for a downward performance that has sent it through a much more critical path. In December, the Center for Systemic Peace released its POLITY scale, with a severe assessment of the current state of US democracy. The index found the US dropped below the "democracy threshold," saying it's now in the ballpark of an "anocracy" (which is part democracy, part dictatorship).

As the trial for incitement of insurrection continues, let's not forget what's at the core of this violent mob revolt. This was never a reaction against a flawed election. Trump and his campaign lost more that 60 cases in courts, with many of them decided by conservative judges appointed by previous Republican administrations, as well as his own. Under overwhelming pressure, state election officials, including those from his own party, certified the results of the 2020 election. Nonetheless, the former president openly called election clerks and state legislatures to overturn certified results.

But this was never about election results. It was evident Joe Biden had won the election. This was about disenfranchising Black voters. Trump knew he had lost the election, and he also knew there was never a case of ballot-stuffing in predominant Black cities. The attempt to disenfranchise 81,283,361 voters (51.3 percent) rarely gets a mention. Instead, Trump and his acolytes insist on the harm done to his 74,222,960 voters (46.8 percent). The Trump campaign strategy was to contest votes in places like Philadelphia, where 44 percent of the population is Black.

If Republicans refuse to stand by the rule of law, in support of a president that had no respect for norms or institutions, they will be planting the seed for the next authoritarian.

This plan was deeply rooted in what political scientist Larry Bartels has called ethnic antagonism, a term that helps explain the behavior of white Americans who fear that a more diverse country is leading to their exclusion, and therefore, democracy is seen as facilitating their supposed marginalization. Bartels says that ethnic antagonism has a substantial negative effect on Republicans' commitment to democracy.

This could explain the Republican Party's shift to the far right, with lawmakers refusing to acknowledge the results of the election, and therefore, declining to recognize President Biden, then, as president-elect, pretending Trump had a chance to remain in office. These are the same lawmakers set to vote to acquit former President Trump in his second Senate trial. Nevertheless, as Pippa Norris has suggested, the Republican Party's authoritarian populism is the cause rather than a consequence of the Trump presidency and of this overt attempt to overthrow democracy.

The backsliding of the Republican Party can be seen in the refuge it has provided to a behavior that was once considered to be extremist, but that today represents the mainstream of the former conservative party. The embrace of militias groups that used to be in the fringes were suddenly emboldened by the former president's call to "Liberate Michigan" is just one of the many examples of the democratic decline of the GOP. This is also a stark reminder that there seems to be only one party that actually believes in democracy.

The images of the mob assaulting the Capitol building reminded me of my home country, Venezuela, and the failed coup led by Hugo Chávez on February 4, 1992. His assault on Venezuelan democracy was in no way figurative, people died, some as part of the coup, and others defending our democracy from it. Chavez surrendered, and admitted his responsibility in the plot to overthrow democracy. He was then arrested. Unfortunately, his case was dismissed as a pledge to unify the country, and six years later he ran for office. He won. The rest is history.

Trump needs to be held accountable, regardless of his condition as a former president. If American democracy cannot make sure that demagogues, opportunists, or authoritarians are responsible for their behavior, then the American experiment is over.

In his defense, the former president argues that he should not be tried because he is no longer in office. This is irrelevant, and in no way imperiled by legal constraints, because this is strictly a political matter. The Republican Party is already complicit in the overt violation of human rights his campaign led to disenfranchise millions of Black voters. If they refuse to stand by the rule of law, in support of a president that had no respect for norms or institutions, they will be planting the seed for the next authoritarian, and, you can be sure, it will succeed if Republicans aren't penalized for their effort to overthrow democratic institutions in the United States.