Joe Biden's blitz on climate policy is impressive. Here's what it reveals about a broad American consensus 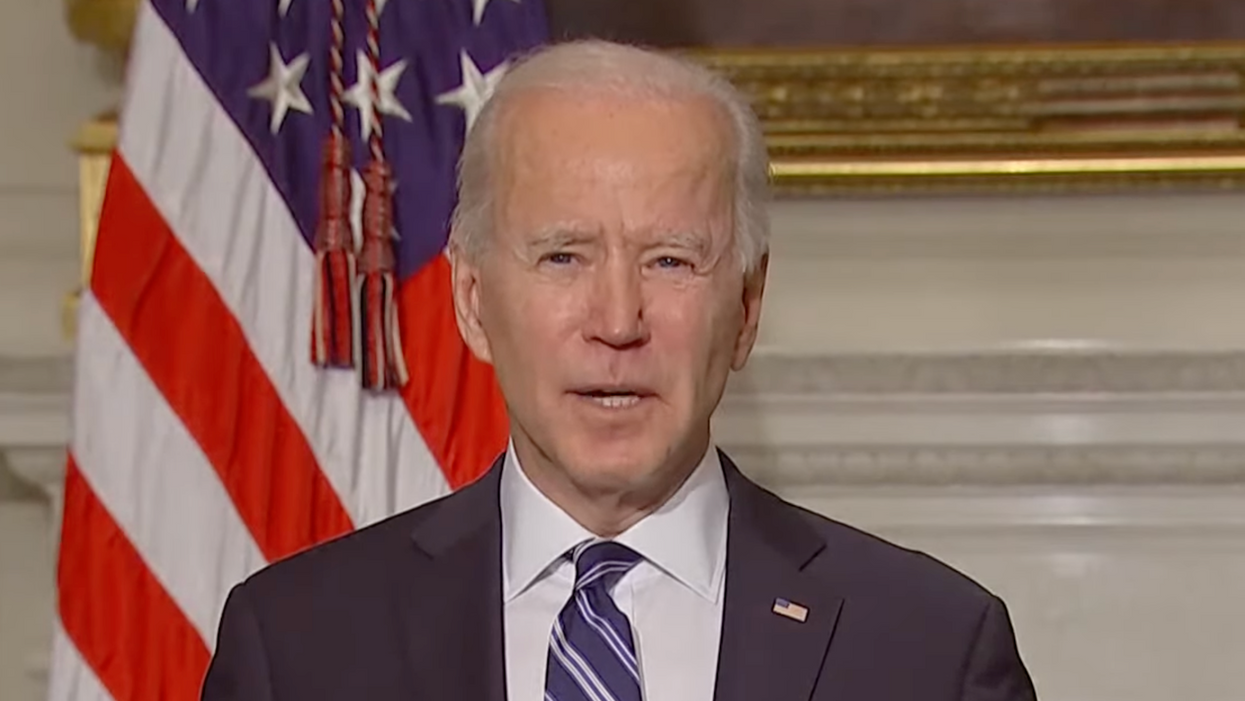 Just 10 days after the Biden administration took over, in alignment with the new president's overall blitz strategy, a flabbergasting phalanx of U.S. climate policies have been turned smartly on their heels and are marching toward the future. President Biden has returned the nation to the Paris Agreement, required truth-telling in government reporting, enforced a regulation that government purchases must feed U.S. supply chains rather than imports, terminated the massive giveaway of taxpayer property to coal, oil and gas extractors, restored the integrity of federal climate science, frozen a horde of horrible Trump environmental rollbacks, and even launched a New Deal-style Civilian Climate Corps. All that is already in the rear-view mirror as Biden's team moves on to the deeper work of a clean-energy, decarbonized and more inclusive economy.

Most Americans, who fear climate chaos, embrace clean energy opportunity and welcome American innovation and leadership, should be celebrating — and are. But hold your breath: The good news runs even deeper than this. The striking emphasis that the new administration has given to its "whole government" climate strategy; the repeatedly-noted climate depth of his Cabinet and sub-Cabinet appointees at the Treasury (Janet Yellen), the State Department (John Kerry), economic policy (Brian Deese), the Energy Department (Jennifer Granholm), the Department of Transportation (Pete Buttigieg), and the Department of the Interior (Deb Haaland); along with the breadth of new climate initiatives are only a part of the new administration's commitment to climate progress.

This shock-and -awe launch also reflects an external reality: The Trump administration's dogged march into the past had departed from any semblance of where America was headed. The first wave of climate progress under Biden is almost all "low-hanging fruit," "no regrets" and "we can all unite on this," because Trump's legacy was starkly at war with economic and marketplace reality, not just climate science.

Look at the chorus that has responded to Biden's climate drumbeat. Politico hails "a coalition that ranges from labor unions, anti-fracking activists and racial justice advocates to leaders of Wall Street, the auto industry and the U.S. Chamber of Commerce" as lining up with Biden's broad thrust. Senate Majority Leader Chuck Schumer on MSNBC boasts that his program to phase out internal combustion cars and trucks by 2030 is a winner because he already has the support not only of climate advocates but also of the United Auto Workers, Ford and General Motors.

While the obstacles still cited as lying in Biden's way are substantial, they are almost entirely inside the Beltway, where the powerful influence of fossil fuel-producing states like West Virginia (embodied in Sen. Joe Manchin) and Kentucky (Minority Leader Mitch McConnell) is repeatedly, and appropriately, recited. But what are oil companies, who wield the big fossil fuel stick, actually saying? Yes, they claim Biden is going too far, but almost exclusively in one narrow part of his program, the phase-out of oil, gas and coal extraction on federal lands.

Indeed, the oil industry is actually joining Biden's alliance in its emphasis on tougher drilling and pollution standards for extraction. Advocacy of carbon pricing in some form is also making its way into Houston lobbying memos.

In a deeply polarized Senate, getting legislation of any significance through is indeed going to test the new president's Capitol Hill negotiating chops. But climate is getting so much emphasis in Biden's first two weeks in large part because it has become a less, not more, divisive issue across American society. It's a good place for the new administration to bring the country together, perhaps because the communities that are taking the biggest climate hit — from fires, flooding, storms and energy sector layoffs — are overwhelmingly in regions where Trump, not Biden, came out on top. (A hidden secret is that rural America, which has become the heart of red America, is where storm, drought, fire and flood hit hardest. Miami Beach can afford sea walls. Cedar Rapids needs Uncle Sam to repair its levees.)

Biden's broader coalition — you could also throw in BlackRock, whose CEO, Larry Fink, devoted his annual letter to the urgency of business embracing the climate challenge — emerged even before the November election. Major oil companies had opposed Trump's efforts to block the cleanup of methane from oil and gas drilling. Ford and Volkswagen had partnered with California to undercut the Trump administration's rollbacks of auto emission limits. Most of the biggest power utilities had pledged to cut from 80% to 100% of their current carbon pollution. Sixteen states had persuaded even the deadlocked Congress to commit the U.S. to phasing out climate dangerous HFC refrigerants as part of the pandemic relief bill.

So climate progress is now a powerful American consensus, precisely because we have realized that it is not a matter of sacrifice, but of opportunity; not austerity but prosperity; not American decline but American recovery.

None of this means we can relax. Big coalitions, like convoys, can bog down at the speed of the slowest member. And the biggest looming barrier is that the faster decarbonization races ahead, the greater the risk to workers and communities left behind. While there are lots of good ideas floating around for how to enable fossil-dependent segments of our nation to ride the clean energy wave, most of them remain somewhat uncertain and gauzy — after all, only a year ago we were having trouble getting McConnell to agree to sustain pensions and health care for mineworkers in his own state.

If we don't take more seriously our need to spread the benefits of the clean energy transition to every zip code and every demography, we will blow our best change to make America truly great — for the 21st century.