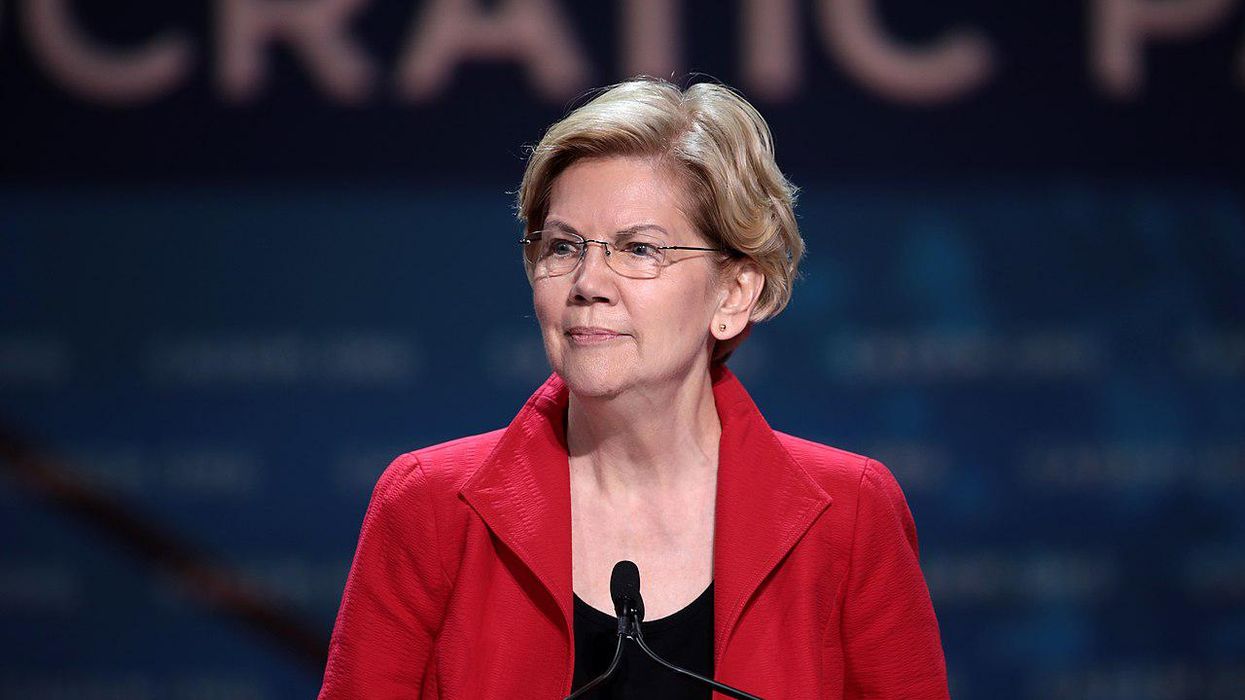 In a column published on Feb. 10, conservative Washington Post opinion writer George Will was highly critical of Sen. Elizabeth Warren and Senate Majority Leader Chuck Schumer's proposal for canceling $50,000 per person of student loan debt — arguing that the more affluent graduates would be the ones benefitting the most. And in a letter to the Post, Warren and Schumer lay out some reasons why they vehemently disagree with him.

Will, a Never Trump conservative who left the GOP after many years because of his total disdain for former President Donald Trump, was happy to see Joe Biden win the 2020 presidential election. But he also made it clear that he was still a conservative and would likely have some strong policy differences with Democrats in 2021. And in his Feb. 11 column, Will argued that the students seeing the greatest benefits from a cancelation of their debt would be high wage earners.

Will wrote, "Activist government usually serves those who know how to activate it: relatively affluent and articulate complainers…. The five degrees responsible for most debt are: medical and law, bachelor's and master's in business, and bachelor of science for nursing. The typical college graduate with debt, $28,500, can retire it in 20 years with $181 monthly payments."

The Never Trump journalist went on to say, "43 million people have, cumulatively, more than $1.5 trillion in federal student loan debt. But only one-third of adults over age 25 have four-year college degrees. They have substantially higher average incomes than the non-college-graduate majority: $1 million more than a high school graduate in lifetime earnings. So, the Warren-Schumer loan forgiveness would be an upward redistribution of wealth; 65% of the Warren-Schumer benefits would go to households in the top two income quintiles, and only 14% to the bottom two quintiles."

In their letter to the Post, Warren and Schumer respond that Will "misrepresented the facts about our proposal to cancel up to $50,000 in student debt."

"Mr. Will might be surprised to learn that student loan debt isn't just a problem for college graduates," the Democratic senators explain. "About 40% of the people with student loan debt do not have a college degree. Borrowers who did not finish their degree have a much harder time paying off their debt — they are three times as likely to default. Our proposal would forgive 90% of debt for people with some college but no degree, 87% of debt for people with associate degrees and 72% for those with bachelor's degrees."

Warren and Schumer explain why student debt is both a racial issue and a class issue.

"This is also a matter of racial equity," they write. "Students of color are also far more likely to take on student loans than White students, in higher amounts — and upon graduation, they frequently earn less than White graduates do. A study from Brandeis University found that after 20 years of student loan payments, the median Black borrower had $18,500 left in debt; the median White borrower had $1,000. For those Black students who entered college in 2003 to 2004, nearly half of borrowers defaulted on their loans within 12 years. Canceling student debt would significantly advance racial justice by immediately increasing Black and Latino wealth and disproportionately helping students of color."