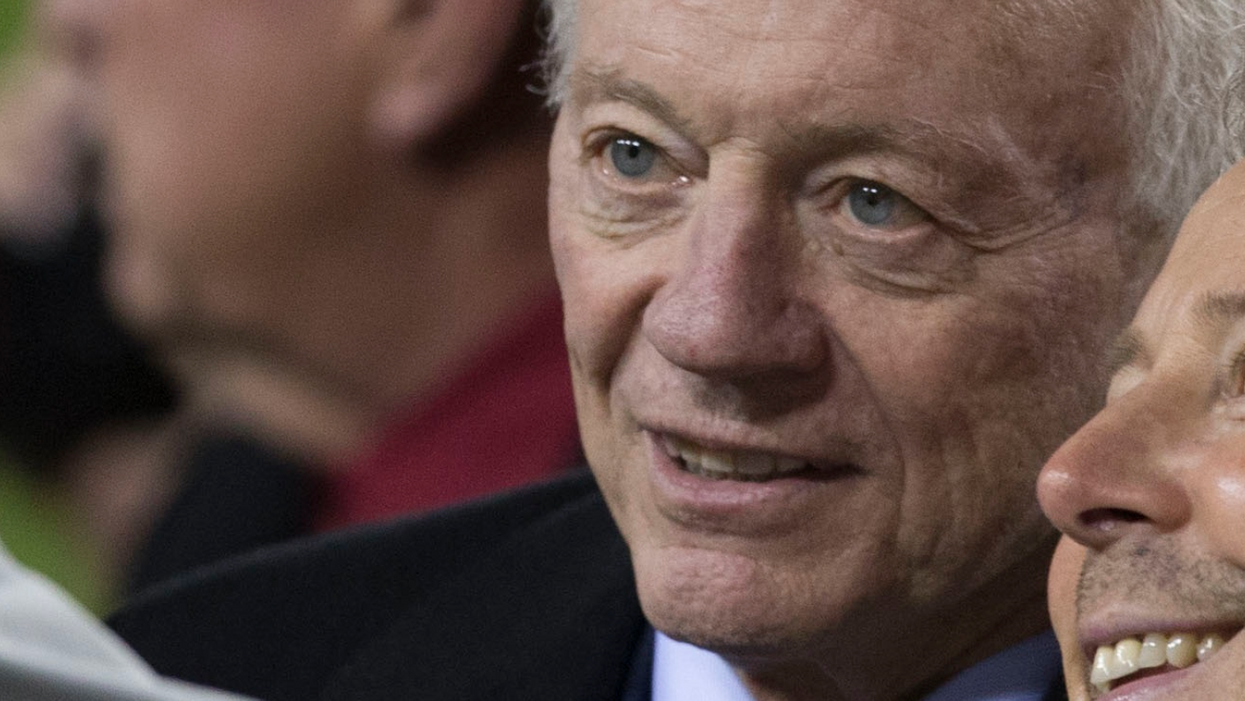 Record cold temperatures combined with widespread power outages have brought considerable misery to millions of Texas residents. But one person who has profited during Texas' energy crisis, according to Bloomberg News, is Dallas-based billionaire Jerry Jones — who owns the Dallas Cowboys football team and also owns the natural gas producer Comstock Resources.

"Comstock Resources Inc. has been able to sell gas from its Haynesville Shale wells in East Texas and northern Louisiana at premium prices since Thursday," Bloomberg News reports. "As demand jumps amid the cold, gas at some regional hubs has soared past $1000 per million British thermal units."

Bloomberg quotes Roland Burns, Comstock's chief financial officer, as saying, "This week is like hitting the jackpot with some of these incredible prices. Frankly, we were able to sell at super premium prices for a material amount of production."

According to Burns, natural gas from Comstock's Haynesville wells was going for somewhere between $15 and $179 per thousand cubic feet.

Texas Gov. Greg Abbott, Fox News' Tucker Carlson and others on the far right have been claiming that green energy is to blame for Texas' energy woes, which is total nonsense. Only a fraction of Texas' energy comes from wind turbines, and Texas is much more reliant on fossil fuels. Texas is suffering an across-the-board problem with its energy grid, which — as El Paso Democrat and former Rep. Beto O'Rourke stressed during a February 18 appearance on MSNBC's "Morning Joe," was not properly winterized and therefore, did not hold up well when it needed to cope with freezing temperatures that are unusually cold for Texas.

Texas' energy woes are not a question of fossil fuels versus green energy, but rather, a matter of winterization. Wind turbines, when properly winterized, work fine in Denmark and other countries in Northern Europe that use green energy and are known for having cold and snowy winters.

Bloomberg News reports, "Gas production has tumbled to a four-year low as a polar blast triggers blackouts across Texas and other central U.S. states, freezes liquids inside of pipes and forces wells to shut. Producers may take until March to fully restore supplies due to equipment damage, according to Charles Nevle, senior director for North American gas at IHS Markit."

Temperatures that were unusually cold for parts of South Texas and forecast for February 18 include afternoon highs of 37F in Houston, 33F in Austin and 36F in San Antonio.