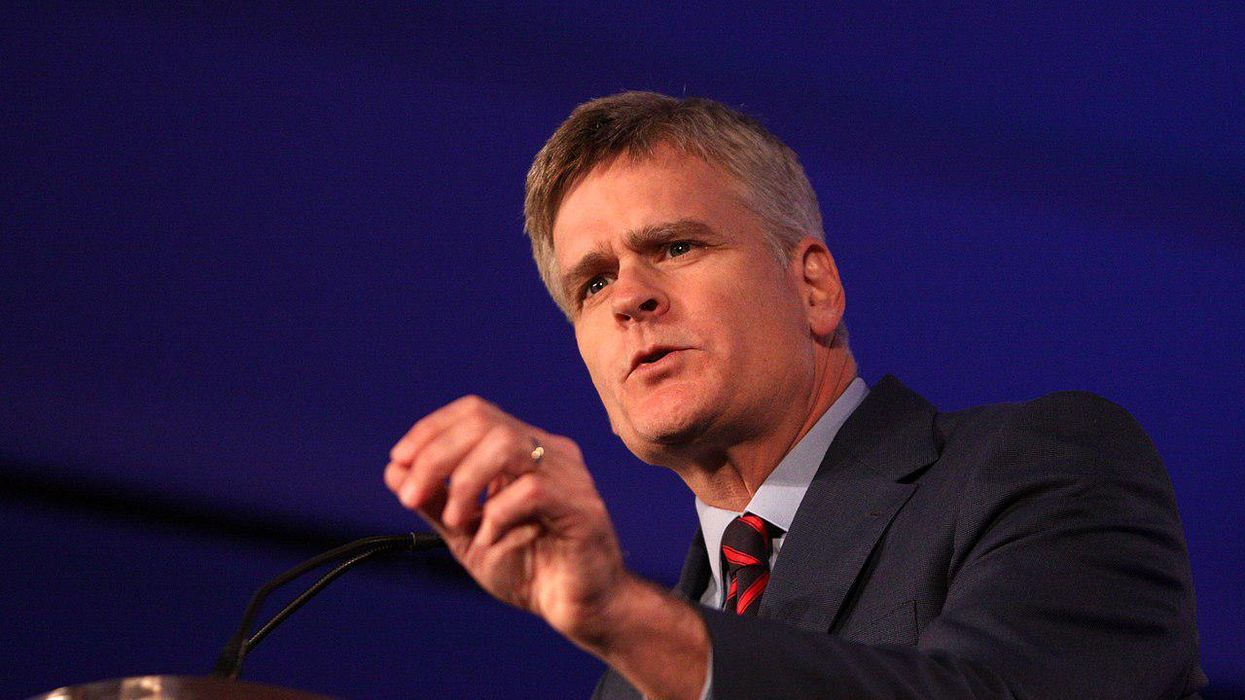 From Wyoming to Oregon to Arizona, Republicans at the state or local level have been lambasting any Republican who says or does anything remotely critical of former President Donald Trump — and in East Baton Rouge Parish, Louisiana, the local GOP has censured Sen. Bill Cassidy for voting to proceed with Trump's second impeachment trial.

The U.S. Senate, earlier this week, held a vote on whether or not it is constitutional for a former president to face an impeachment trial. The U.S. House of Representatives, following the January 6 assault on the U.S. Capitol Building, voted to impeach Trump for incitement to insurrection. But the impeachment trial did not commence in the U.S. Senate until after Trump had been gone from White House for almost three weeks.

All 50 Democrats in the U.S. Senate voted that yes, the trial is constitutional — and the fact that Trump is no longer president doesn't mean the Senate cannot consider the article of impeachment it received from the House. Only six Republicans voted with Democrats, and Cassidy was among them. The others were Sen. Mitt Romney of Utah, Sen. Susan Collins of Maine, Sen. Lisa Murkowski of Alaska, Sen. Ben Sasse of Nebraska and Sen. Pat Toomey of Pennsylvania.

In response to Cassidy's vote, pro-Trump Baton Rouge Republicans declared, "To allow the impeachment fiasco to continue was a betrayal of the people of Louisiana and a rebuke to those who supported President Trump and him….. We condemn Sen. Cassidy's actions in the strongest manner. He does not represent the people of this state or the Republican Party. He represents himself and has joined with some of the most dishonest and disreputable forces in our country to be part of this despicable sham."

Cassidy is one of two Republican U.S. senators in Louisiana. The other is Sen. John Kennedy, who voted against moving forward with Trump's second impeachment trial and voted to acquit Trump on two articles of impeachment in his first impeachment trial in 2020.

Cassidy is hardly the first Republican who has been censured by state or local Republicans in 2021 for being insufficiently Trumpian. Other recent targets of censure resolutions from Trump devotees have included Sasse as well as Rep. Liz Cheney of Wyoming and Arizona Gov. Doug Ducey. Cheney's cardinal sin, in the minds of Wyoming Republicans, was voting to impeach Trump — and in Nebraska, Republicans have lambasted Sasse for voicing his support for Trump's impeachment.

The Arizona GOP censured Ducey for certifying the 2020 presidential election results in that state and acknowledging Joe Biden as president-elect in November. And the Arizona GOP also censured conservative GOP activist Cindy McCain — widow of the late Arizona Sen. John McCain and mother of "The View's" Meghan McCain — and former Arizona Republican Sen. Jeff Flake. Both Cindy McCain and Flake endorsed Biden over Trump in the 2020 presidential election.

Cassidy, in response to the case that Democratic impeachment managers have been presenting during Trump's second impeachment trial, told Gray TV's Washington D.C. Bureau, "We've not yet heard from the president's defense team. That's going to be important. But the House managers have put together a very good timeline."