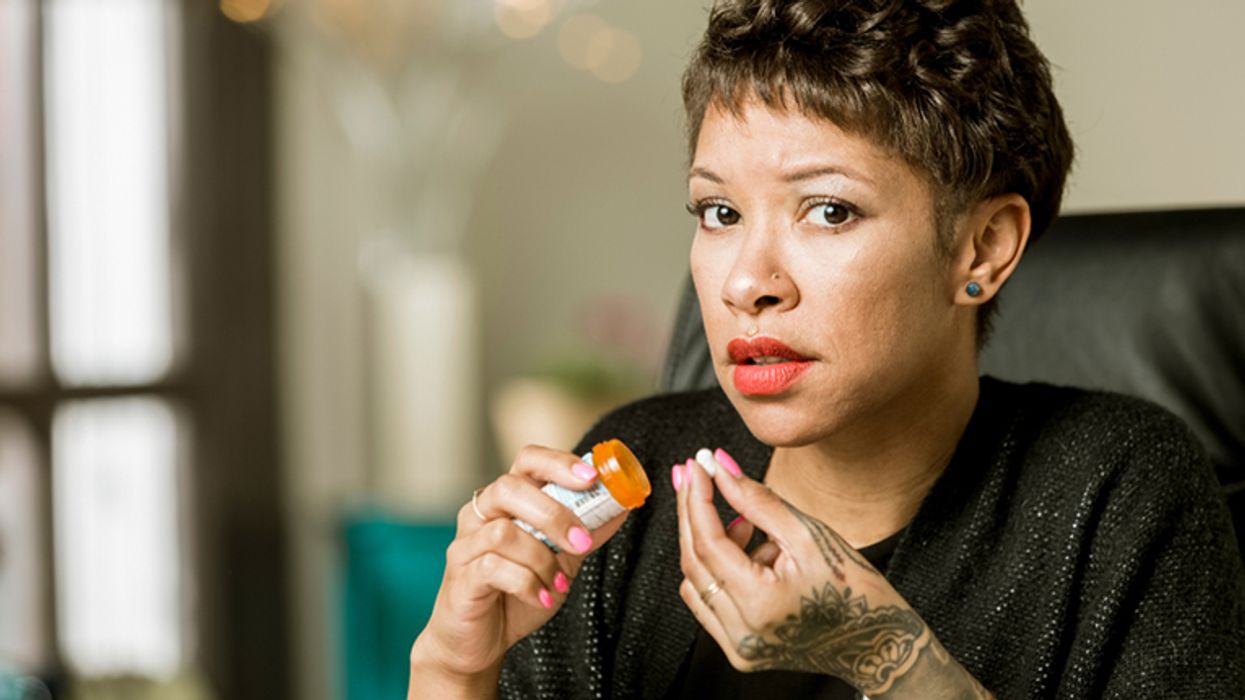 Four pharmaceutical corporations that agreed to pay a combined $26 billion to settle lawsuits resulting from a deadly opioid crisis they helped create reportedly plan to recoup a portion of those costs by deducting roughly $4.6 billion of the payouts from their taxes—sparking intense condemnation.

Big Pharma is attempting to make the public cover some of the fines related to lawsuits filed by dozens of state and local governments highlighting the culpability of opioid manufacturers and distributors in the deaths of an estimated 70,000 people per year.

As Public Citizen president Robert Weissman put it in a statement released Friday, "The drug companies are settling with taxpayers (local government entities) and then demanding that taxpayers pay part of the cost (via a federal tax subsidy)."

The Washington Post, which analyzed regulatory filings, reported Friday that "as details of the blockbuster settlement were still being worked out, pharmaceutical giant Johnson & Johnson and the 'big three' drug distributors—McKesson, AmerisourceBergen, and Cardinal Health—all updated their financial projections to include large tax benefits stemming from the expected deal."

Weissman called it "beyond outrageous for the drug makers and distributors to take a tax deduction for their settlement of city and county claims relating to the drug companies' alleged role in creating and worsening the opioid addiction epidemic."

"Making this scheme even more infuriating," he added, "is that the opioid manufacturer and distributor companies are preparing to claim billions in tax subsidies via a Covid-19 relief provision."

According to the Post, "U.S. tax laws generally restrict companies from deducting the cost of legal settlements from their taxes, with one major exception: Damages paid to victims as restitution for the misdeeds can usually be deducted."

The newspaper noted that "Congress has placed stricter limits on such deductions in recent years, and some tax experts say the Internal Revenue Service could challenge the companies' attempts to deduct opioid settlement costs."

But the ploy might work, as The Week noted, thanks to the CARES Act, which "opened up billions of dollars in tax breaks to companies regardless of pandemic suffering."

The Post provided an example of how one of the companies may exploit the loophole: "Dublin, Ohio-based drug distributor Cardinal Health said earlier this month it planned to collect a $974 million cash refund because it claimed its opioid-related legal costs as a 'net operating loss carryback'—a tax provision Congress included in last year's coronavirus bailout package as a way of helping companies struggling during the pandemic.

"Whether the payments will be deductible may hinge on specific word choices in the final terms of the settlement," the newspaper reported. "Though recent changes to the tax code have attempted to close loopholes that permit companies to deduct taxes when they have committed wrongdoing, many companies now push to make sure their settlements include a 'restitution' payment for victims—the 'magic word' that often qualifies them for deductions."

"Greg McNeil, whose son became addicted to opioids and died from an overdose... said $26 billion is only a small fraction of the epidemic's financial toll and argue[d] the proposal doesn't include what many family members of opioid victims want the most: an admission of guilt," the Post added.

Not only do "all four firms disavow any wrongdoing or legal responsibility," the Post noted, but there is now a chance that Big Pharma could make the public foot part of the bill for its corporate malpractice—in the midst of the devastating coronavirus pandemic.

"While tens of millions of Americans are experiencing extreme economic hardship and dealing with intermittent and often inadequate governmental support for unemployment, food, housing, and small business continuity," Weissman said, "Johnson & Johnson, McKesson, Cardinal Health, and Amerisource-Bergen are laughing all the way to bank."