A broken promise: Biden's Syria bombing is a reckless mistake 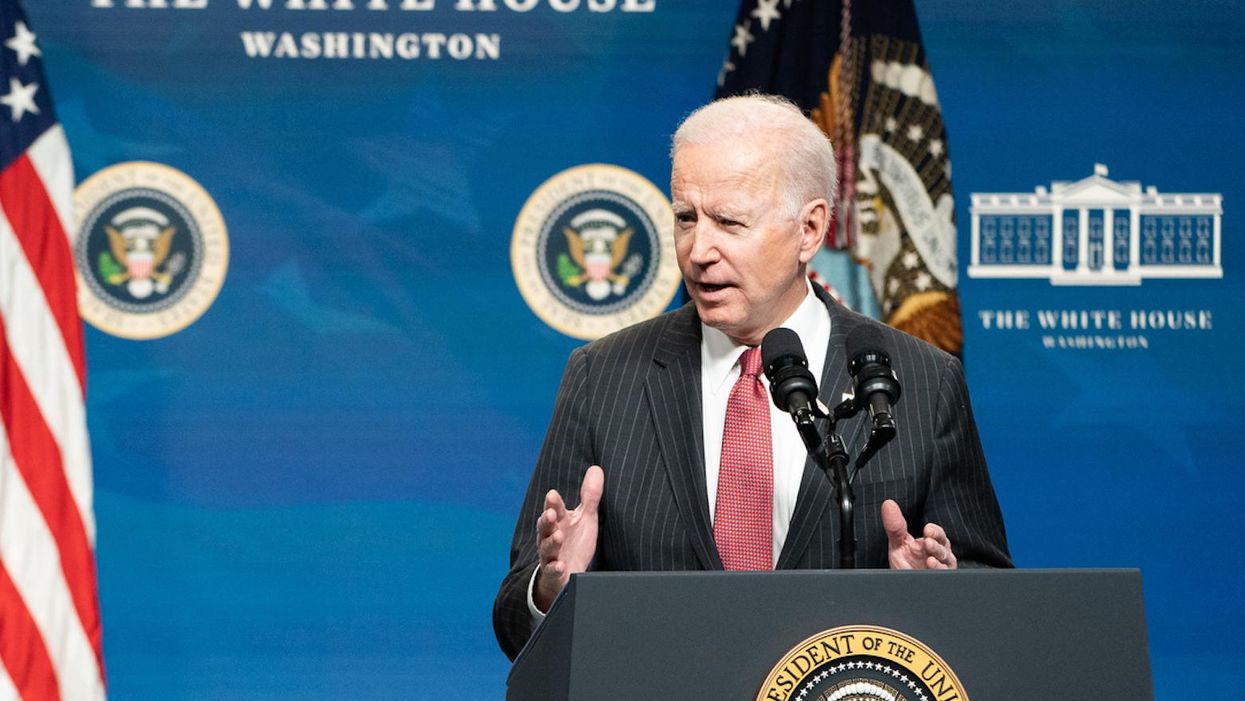 The February 25 U.S. bombing of Syria immediately puts the policies of the newly-formed Biden administration into sharp relief. Why is this administration bombing the sovereign nation of Syria? Why is it bombing "Iranian-backed militias" who pose absolutely no threat to the United States and are actually involved in fighting ISIS? If this is about getting more leverage vis-a-vis Iran, why hasn't the Biden administration just done what it said it would do: rejoin the Iran nuclear deal and de-escalate the Middle East conflicts?

According to the Pentagon, the U.S. strike was in response to the February 15 rocket attack in northern Iraq that killed a contractor working with the U.S. military and injured a U.S. service member. Accounts of the number killed in the U.S. attack vary from one to 22.

The Pentagon made the incredible claim that this action "aims to de-escalate the overall situation in both Eastern Syria and Iraq." This was countered by the Syrian government, which condemned the illegal attack on its territory and said the strikes "will lead to consequences that will escalate the situation in the region." The strike was also condemned by the governments of China and Russia. A member of Russia's Federation Council warned that such escalations in the area could lead to "a massive conflict."

Ironically, Jen Psaki, now Biden's White House spokesperson, questioned the lawfulness of attacking Syria in 2017, when it was the Trump administration doing the bombing. Back then she asked: "What is the legal authority for strikes? Assad is a brutal dictator. But Syria is a sovereign country."

The airstrikes were supposedly authorized by the 20-year-old, post-9/11 Authorization for the Use of Military Force (AUMF), legislation that Rep. Barbara Lee has been trying for years to repeal since it has been misused, according to the congresswoman, "to justify waging war in at least seven different countries, against a continuously expanding list of targetable adversaries."

The United States claims that its targeting of the militia in Syria was based on intelligence provided by the Iraqi government. Defense Secretary Austin told reporters: "We're confident that target was being used by the same Shia militia that conducted the strike [against U.S. and coalition forces]."

But a report by Middle East Eye (MEE) suggests that Iran has strongly urged the militias it supports in Iraq to refrain from such attacks, or any warlike actions that could derail its sensitive diplomacy to bring the U.S. and Iran back into compliance with the 2015 international nuclear agreement or JCPOA.

"None of our known factions carried out this attack," a senior Iraqi militia commander told MEE. "The Iranian orders have not changed regarding attacking the American forces, and the Iranians are still keen to maintain calm with the Americans until they see how the new administration will act."

The inflammatory nature of this U.S. attack on Iranian-backed Iraqi militias, who are an integral part of Iraq's armed forces and have played a critical role in the war with ISIS, was implicitly acknowledged in the U.S. decision to attack them in Syria instead of in Iraq. Did Prime Minister Mustafa Al-Kadhimi, a pro-Western British-Iraqi, who is trying to rein in the Iranian-backed Shiite militias, deny permission for a U.S. attack on Iraqi soil?

At Kadhimi's request, NATO is increasing its presence from 500 troops to 4,000 (from Denmark, the U.K. and Turkey, not the U.S.) to train the Iraqi military, reducing its dependence on the Iranian-backed militias. But Kadhimi risks losing his job in an election this October if he alienates Iraq's Shiite majority. Iraqi Foreign Minister Fuad Hussein is heading to Tehran to meet with Iranian officials over the weekend, and the world will be watching to see how Iraq and Iran will respond to the U.S. attack.

Some analysts say the bombing may have been intended to strengthen the U.S. hand in its negotiations with Iran over the nuclear deal (JCPOA). "The strike, the way I see it, was meant to set the tone with Tehran and dent its inflated confidence ahead of negotiations," said Bilal Saab, a former Pentagon official who is currently a senior fellow with the Middle East Institute.

But this attack will make it more difficult to resume negotiations with Iran. It comes at a delicate moment when the Europeans are trying to orchestrate a "compliance for compliance" maneuver to revive the JCPOA. This strike will make the diplomatic process more difficult, as it gives more power to the Iranian factions who oppose the deal and any negotiations with the United States.

Showing bipartisan support for attacking sovereign nations, key Republicans on the foreign affairs committees such as Senator Marco Rubio and Rep. Michael McCaul immediately welcomed the attacks. So did some Biden supporters, who crassly displayed their partiality to bombing by a Democratic president.

Party organizer Amy Siskind tweeted: "So different having military action under Biden. No middle school level threats on Twitter. Trust Biden and his team's competence." Biden supporter Suzanne Lamminen tweeted: "Such a quiet attack. No drama, no TV coverage of bombs hitting targets, no comments on how presidential Biden is. What a difference."

Thankfully though, some Members of Congress are speaking out against the strikes. "We cannot stand up for Congressional authorization before military strikes only when there is a Republican President," Congressman Ro Khanna tweeted, "The Administration should have sought Congressional authorization here. We need to work to extricate from the Middle East, not escalate." Peace groups around the country are echoing that call. Rep. Barbara Lee and Senators Bernie Sanders, Tim Kaine and Chris Murphy also released statements either questioning or condemning the strikes.

Americans should remind President Biden that he promised to prioritize diplomacy over military action as the primary instrument of his foreign policy. Biden should recognize that the best way to protect U.S. personnel is to take them out of the Middle East. He should recall that the Iraqi Parliament voted a year ago for U.S. troops to leave their country. He should also recognize that U.S. troops have no right to be in Syria, still "protecting the oil," on the orders of Donald Trump.

After failing to prioritize diplomacy and rejoin the Iran nuclear agreement, Biden has now, barely a month into his presidency, reverted to the use of military force in a region already shattered by two decades of U.S. war-making. This is not what he promised in his campaign and it is not what the American people voted for.

Nicolas J. S. Davies is a freelance writer and a researcher with CODEPINK, and the author of Blood On Our Hands: the American Invasion and Destruction of Iraq.