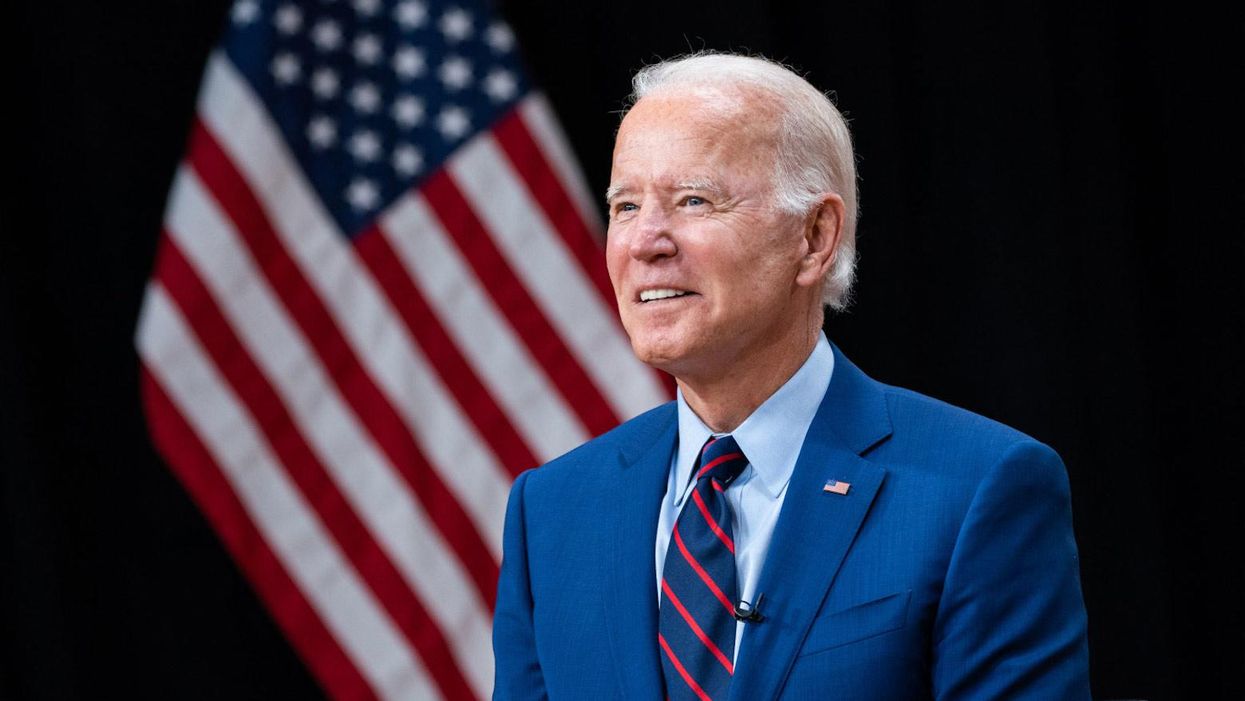 While most of official Washington has been consumed with the Senate impeachment trial, another part of Washington is preparing the most far-ranging changes in American social policy in a generation.

Congress is moving ahead with Biden's American Rescue Plan, which expands health care and unemployment benefits, and contains one of the most ambitious efforts to reduce child poverty since the New Deal. Right behind it is Biden's plan for infrastructure and jobs.

The juxtaposition of Trump's impeachment trial and Biden's ambitious plans is no coincidence.

Trump left Republicans badly fractured and on the defensive. The Republican Party is imploding. Since January 6th, growing numbers of Republicans have deserted it. State and county committees are becoming wackier by the day. Big business no longer has a home in the crackpot GOP.

Republican infighting has created a political void into which Democrats are stepping with far-reaching reforms. Biden and the Democrats, who now control the White House and both houses of Congress, are responding boldly to the largest social and economic crisis since Great Depression.

Importantly, they are now free to disregard conservative canards that have hobbled America's ability to respond to public needs ever since Ronald Reagan convinced the nation that big government was the problem.

The first is the supposed omnipresent danger of inflation and the accompanying worry that public spending can easily overheat the economy.

Rubbish. Inflation hasn't reared its head in years, not even during the roaring job market of 2018 and 2019. "Overheating" may no longer even be a problem for globalized, high-tech economies whose goods and services are so easily replaceable.

Biden's ambitious plans are worth the small risk, in any event. If you hadn't noticed, the American economy is becoming more unequal by the day. Bringing it to a boil may be the only way to lift the wages of the bottom half. The hope is that record low interest rates and vast public spending generate enough demand that employers will need to raise wages to find the workers they need.

A few Democratic economists who should know better are sounding the false alarm about inflation, but Biden is wisely ignoring them. So should Democrats in Congress.

Another conservative bromide is that a larger national debt crowds out private investment and slows growth. This view hamstrung the Clinton and Obama administrations as deficit hawks warned against public spending unaccompanied by tax increases to pay for it. (I still have some old injuries from those hawks.)

Fortunately, Biden isn't buying this, either.

Four decades of chronic underemployment and stagnant wages have shown how important public spending is for sustained growth. Not incidentally, growth reduces the debt as a share of the overall economy. The real danger is the opposite: fiscal austerity shrinks economies and causes national debts to grow in proportion.

The third canard is that generous safety nets discourage work.

Not Biden. His proposal would not only expand jobless benefits but also provide assistance to parents who are not working – thereby extending relief to 27 million children, including about half of all Black and Latino children. Republican Senator Mitt Romney of Utah has put forward a similar plan.

This is just common sense. Tens of millions are hurting. A record number of American children are impoverished, according to the most recent Census data.

The pandemic has also caused a large number of women to drop out of the labor force in order to care for children. With financial help, some of them will be able to pay for childcare and move back into paid work. After Canada enacted a national child allowance in 2006, employment rates for mothers increased. A decade later, when Canada increased its annual child allowance, its economy added jobs.

It's still unclear exactly what form Biden's final plans will take as they work their way through Congress. He has razor-thin majorities in both chambers. In addition, most of his proposals are designed for the current emergency; they would need to be made permanent.

But the stars are now better aligned for fundamental reform than they've been since Reagan.

It's no small irony that a half century after Reagan persuaded Americans that big government was the problem, Trump's demise is finally liberating America from Reaganism – and letting the richest nation on earth give its people the social supports they desperately need.