'Why can't you be normal?' How the neurodivergent are mocked for being different 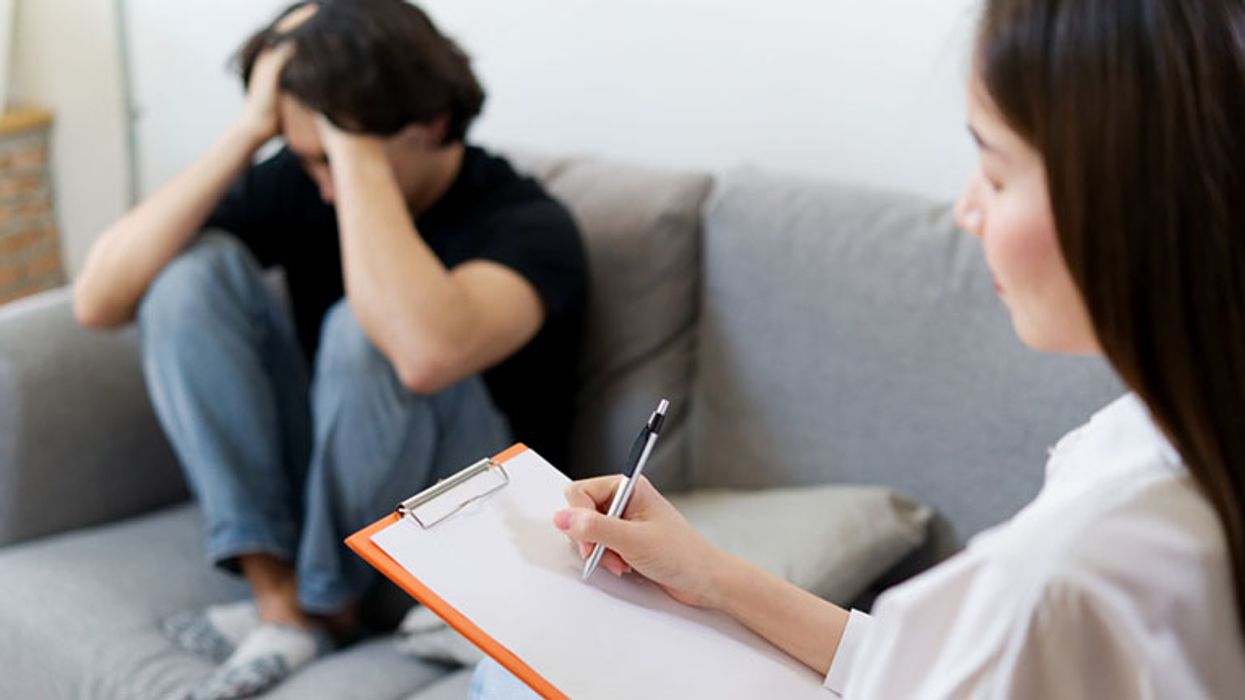 Royalty-free stock photo ID: 1174856911. Female professional psychologist is conducting a consultation to stressful male patient sitting on sofa in her office. She is writing down on a paper. Psychological consultant concept.
Matthew Rozsa
February 20, 2021

Terra Vance was a teacher who had no idea she was autistic. But one day, during a full-day meeting in a small conference room, other colleagues noticed Vance's atypical behavior. Vance told Salon that, prior to that meeting, a principal told her "to stop rocking and folding my arms" because she "looked like a 'crackhead,'" in the administrator's words. During that meeting in the cramped quarters, however, "several times people kept asking me what was wrong. I didn't know why they kept asking that. Someone then asked me if I hated being there. I asked them why everyone was asking me, and they said it was because I seemed impatient. I told them that I was ADHD, and they acted like it was an excuse."

"I knew the material and had more to contribute than anyone there (because I'd had specialized training), but my presence kept making everyone else so uncomfortable," Vance added. "I could tell they just wanted me to leave." Vance said these kinds of incidents "happened all the time."

I can very much identify with Vance's experience. I am also autistic. From both firsthand experience and hearing stories from other people on the spectrum, I've observed that autistic individuals and other people who are "neurodiverse" — a term which means that your brain is wired a little bit differently and, as a result, you display traits that are classified by conditions like autism and ADHD — are often pressured to be "normal." Likewise, we are frequently socially ostracized when we fail to meet that standard.

Many of our struggles are relatable to those who may not be neurodiverse, but merely socially awkward. Perhaps you struggle in social situations, failing to read people's nonverbal cues or talking incessantly about specific subjects that interest you. Perhaps you find that you can't pay attention for more than a few minutes at a time, and so you're told that you're "lazy." It could be that you find it difficult to make or sustain eye contact, or abhor physical touch, or are simply described as ineffably "weird" even though no one (yourself included) can understand why.

But it shouldn't matter. There is nothing wrong with any of these things. That is why the phrase "neurodiversity" is so important. It rejects the idea that people with these or other autistic/ADHD characteristics are in some way "sick," instead flipping the script and pointing out that neurodivergent individuals are simply different. The sickness is with a society that attaches a stigma to people unless their brains are wired in a way considered "normal" — hence the term "neurotypical."

If you're neurodivergent, the neurotypical demand to be "normal" can contaminate every aspect of your life.

To be clear, not all neurodivergent people experience the same issues; as the old saying goes, "When you've met one person with autism, you've met one person." Take Daniel Smeenk, a 29-year-old public relations professional and former journalist based in southern Ontario. Smeenk told Salon by email that he although he doesn't have "high support needs" — and, as such, people often don't realize he isn't "normal" — he still has struggled in specific situations, such as job interviews.

"I have a set of friends who I went to college with who strongly argued that what I did in job interviews would cost me jobs," Smeenk wrote to Salon. "The problem I have is that I'm an instinctively honest person, which sounds self-serving but is also true of many autistic people. My friends were arguing that being too honest was a problem. My family has often argued the same. Honesty, though crucially important to me, can often be frowned on when the other person doesn't like what you're saying."

Smeenk clarifies that he has been described as "quite polite and friendly," but he has an instinct to be candid even in contexts where bluntness is not rewarded. Like other neurodivergent people, this is not a trait he can turn on and off like a switch, and that becomes a serious issue for him. As he quickly learned, job interviews are "biased in favor of certain kinds of presentation: well-dressed, confident, charismatic, etc."

"Humans are also bad at detecting liars, so what it often becomes is 'does this feel like one of our guys,' which for many autistic people is often 'no,'" Smeenk wrote.

As Smeenk's story typifies, many people who are neurotypical have unknowingly made life hell for someone who is neurodivergent.

Jen Elcheson, a 39-year-old paraeducator and published author living in western Canada, told Salon by email about experiences "with so-called friends who tried to 'help' me in unhelpful ways." She described one person who "was always telling me that my eye contact was poor, which isn't fully true, as some days it is better than others. I can mask." (This is a term, along with "camouflage," that describes neurodivergent people trying to adopt neurotypical traits so they won't face mistreatment.) Elcheson recalled how this supposed friend "would mock me for looking down during lectures at school, saying that I looked like I was looking at my boobs!" She added that there was one male teacher "who was problematic in himself, so it was hard for me to look right at him because he was creepy! I was protecting myself."

She recalled a second "so-called friend" who works with disabled individuals and would sometimes go for walks with Elcheson. "She would make annoying comments about getting me out of my comfort zone and my house when going out for walks isn't a challenge for me at all," Elcheson recalled. "I felt like she was treating me like a client." She emphasized that, while these issues weren't "major," she "considered them to be microaggressions because they were unhelpful and uncalled for."

An anonymous 22-year-old woman in the United Kingdom, who is also on the autism spectrum, told Salon by email that people try to get her to act "normal" in a number of ways. As one example, she talked about what has happened when she starts "stimming," or a ritual that some autistic individuals practice in which they repeat certain sounds, movements or behaviors.

"I've been told to 'just act normal' at every stage of my life, by almost every type of individual I've interacted with," this individual wrote to Salon. "Whether it's a romantic partner who gets annoyed with a strange stim I use during a date, a professor who couldn't understand why I applied myself unreservedly to some classes and tanked in others, or housemates who could not fathom why something as deceptively simple as washing dishes could trigger an autistic meltdown."

She speculated that women and minorities who are neurodiverse may be told to act normal and otherwise face discrimination more frequently, expressing sympathy for individuals who may not be able to receive an official diagnosis or even know how to identify their condition. Her conclusion was that "society would certainly benefit if more people critically examined their idea of a 'weird person' and how they interact with them."

She added, "Normal is the apex of perfection that I've wanted all my life. That I've spent thousands of hours and thousands of pounds and millions of spikes of cortisol on trying, ill-fatedly, to achieve. Regardless of whether I have a diagnosis to justify neurotypicals' reactions to me, 'weird' is the one descriptor I've held throughout school, into university and employment. If I could 'just be normal.' I would be. Despite now knowing that I can't be — I don't think I'll ever stop hoping or trying."

I can identify with those words more than I would like to, as I've written about previously. Indeed, there is an underlying cause for this type of behavior towards the neurodivergent. Because we live in a society where there are certain groups which have privilege — of race, sex, gender, religion, economic status or other factors — they get to set the rules about what is and is not allowed. If you happen to not be privileged, and then break those rules, society tries to "teach" you a valuable lesson.

Fortunately people from marginalized groups are starting to stand up for themselves. They are met with resistance and resentment from those who thrive under the status quo — or at least believe they do — but slowly people who are marginalized are forcing the rest of the world to listen to them. They're making it clear that we do not owe it to the privileged to change for them; they owe it to be understanding toward, and show empathy for, us.

Based on these interviews and other conversations I've had with neurodivergent people, I believe that we are heading toward a point where we will do likewise. If a neurodivergent person isn't harming you, you do not have the right to impose any penalties on them for simply being different.

No one owes you their "normalcy." You owe them your understanding.