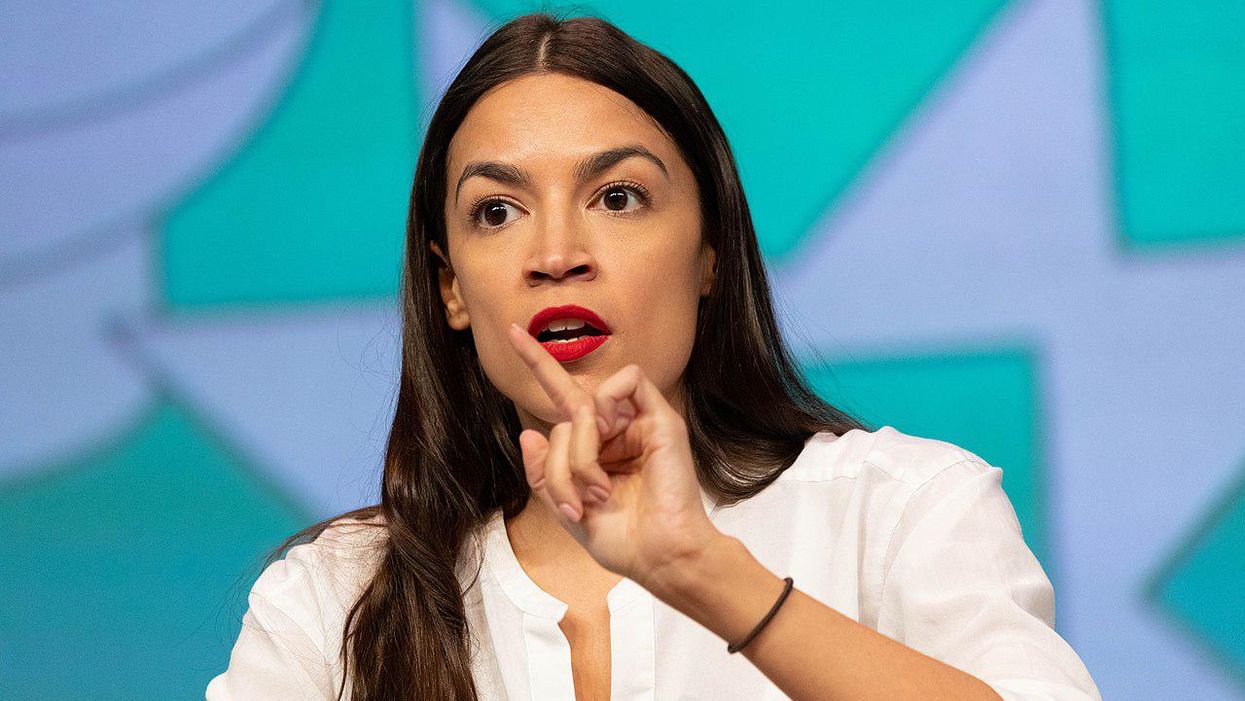 As U.S. lawmakers on Thursday prepared to take to the floor of the House of Representatives to tell their stories of the January 6 attack on the U.S. Capitol, Rep. Alexandria Ocasio-Cortez blasted Republicans who cast aspersions upon her experiences on that deadly day.

Right-wing media and pundits have called into question accounts by Ocasio-Cortez (D-N.Y.) that she feared for her life during the storming of the Capitol by a murderous mob inflamed by President Donald Trump and his lie that the 2020 presidential election was "stolen."

In a January 13 Instagram Live video, Ocasio-Cortez said, "I can tell you that I had a very close encounter where I thought I was going to die" as the pro-Trump invaders rampaged through the Capitol complex, fatally beating a Capitol police officer, trampling a woman to death, and chanting threats including "hang [former Vice President] Mike Pence" and "take me to the traitors."

On Monday, Ocasio-Cortez released a new Instagram Live video in which she provided more details of how she was traumatized during the Capitol attack, including how she hid silently with her legislative director, Geraldo Bonilla Chavez, in the office of Rep. Katie Porter (D-Calif.) and feared she would have to run for her life.

"I thought I was going to die," she said.

Although many members of Congress—both Republican and Democrat—recounted their own terror on January 6, and although a member of the mob who advocated for the assassination of Ocasio-Cortez was arrested by the FBI, numerous Republicans have challenged the congresswoman's story of what happened that day.

Ocasio-Cortez hit back at one of them, Rep. Nancy Mace (R-S.C.), on Thursday after the conservative congresswoman—who intially said she barricaded herself inside her office and slept there overnight in fear of the mob—changed her story in order to call the Democrat a liar.

Ocasio-Cortez accused her detractors of "manipulating the fact that most people don't know the layout" of the Capitol complex.

"The attack wasn't just on the dome," she wrote. "People were trying to rush and infiltrate our office buildings—that's why we had to get evacuated in the first place. The attempts of attackers [and] publicly available communications show how they tried to gain access and share location info on finding members for physical harm."

Ocasio-Cortez's account was corroborated by Ari Rabin-Havt, a former deputy campaign manager for Sen. Bernie Sanders' (I-Vt.) 2020 presidential campaign now serving as his legislative director, who was in the Capitol complex during the attack.

"It is also very damning and revealing that the GOP is now digging both heels in a discrediting campaign," Ocasio-Cortez added. "It's because they know they are implicated, so they're pivoting to (again) the classic abuse playbook of 'it's not as bad as they say.'"

"It was that bad," she stressed. "It's actually worse."

Right-wing media also aspersed Ocasio-Cortez's revelation that she is a sexual assault survivor, and that she could not tell whether the Capitol police officer—who she said did not identify himself as such—who showed up and told her to go to the building that houses Porter's office was there to help or harm her.

Ocasio-Cortez said in her latest Instagram video that it "didn't feel right because he was looking at me with a tremendous amount of anger and hostility—and things weren't adding up."

Supporters noted that some of the Capitol officers appeared to support the attackers, even as they assaulted—and in the case of Officer Brian Sicknick—murdered their colleagues.

Democratic lawmakers and others, including hundreds of congressional staffers, are imploring senators to convict Trump—who on January 13 was impeached by the House for inciting the attack—at his upcoming Senate trial. Oral arguments in the trial begin on February 9.