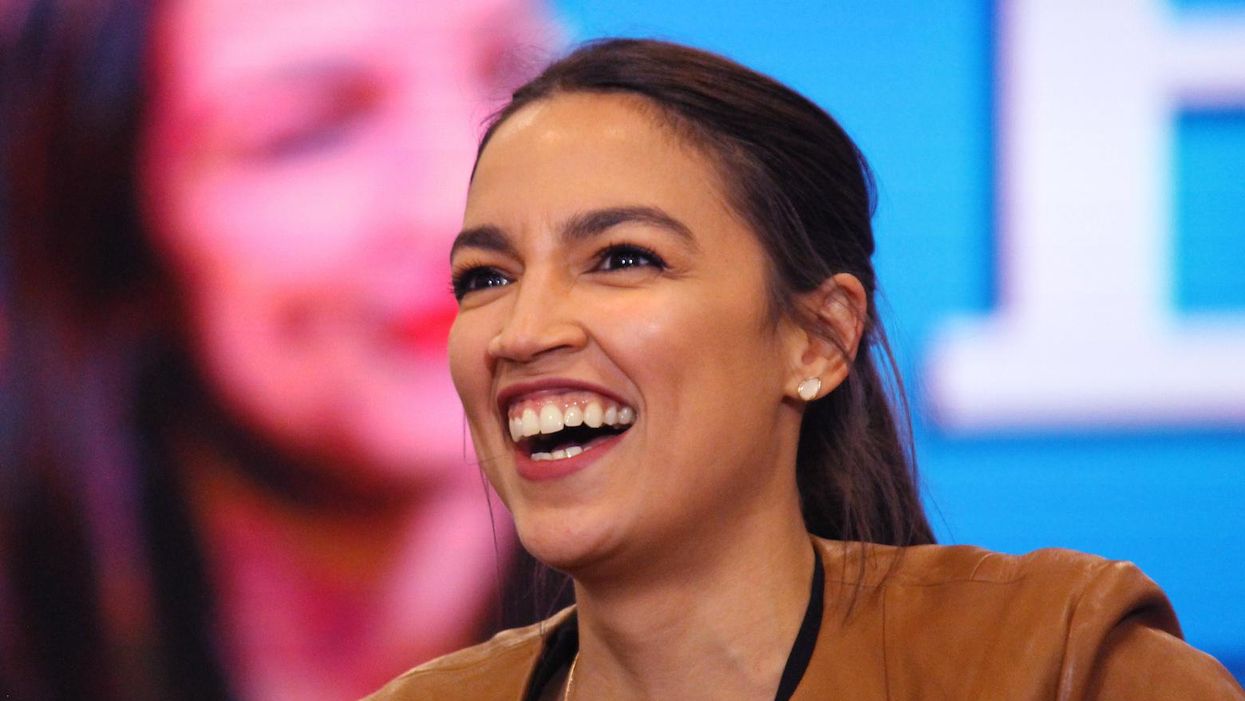 Last week, on the verge of Donald Trump's second impeachment trial, Republicans and their hate media launched a coordinated attack on Rep. Alexandria Ocasio-Cortez, the New York progressive Democrat. Why? Because she publicly shared the emotional trauma that she and many others suffered during and after the Jan. 6 mob attack on the Capitol — and because she compared that to her personal history as a survivor of sexual assault.

As Salon's Amanda Marcotte observed, the "targets of right-wing mockery aren't usually people traumatized by car accidents or combat experiences, but people whose trauma is politically uncomfortable for conservatives." Such mockery is often "leveraged against victims of sexual violence, as happened when Donald Trump made fun of Christine Blasey Ford for her story of being sexually assaulted by now-Supreme Court Justice Brett Kavanaugh." Marcotte continued:

Mostly, conservatives who engage in victim-mockery tend to keep it in their own spaces (Trump attacked Ford at a rally, not a press conference) where they can high-five each other for their abusive behavior without drawing the attention of others who rightfully will be grossed out by it. But after the Capitol insurrection of January 6, this habit of reflexively mocking and denying the pain of trauma victims is being rolled out for a more national audience, as Republicans frantically try to minimize the violence of that day, looking to deflect from their own complicity in both causing and excusing it.
After Rep. Alexandria Ocasio-Cortez, D-N.Y., took to Instagram to detail her horrific experiences during the insurrection, the right-wing noise machine moved into action, deploying the usual sexist stereotypes about hysterical, manipulative, deceitful women typically employed to discredit victims of rape or sexual harassment.

These most recent attacks on Ocasio-Cortez — a favorite punching-bag of the right ever since she came to national prominence — are more than an example of bullying, crude and antisocial behavior. They are an illustration of how today's Republican Party has already embraced the worst kind of political deviance, and a warning of the even more extreme fascist and authoritarian dangers to come.

In total, the ugliness directed at one congresswoman offers insight into how Trumpist Republicans and their neofascist followers and believers see the world, as well as the type of world they want to force into existence in the near future.

Here are some of their values and beliefs.

Malignant reality. The Republican Party and the right wing more generally live in an alternative conspiracy-theory universe of their own creation. Facts do not matter. The "big lie" (and the many small lies that sustain it) are all that matter.

Support for the violent coup and its underlying ideology. The threats and violent speech by the white right are not "hyperbole." Republicans and other members of the right really do wish harm on Democrats, liberals, progressives, nonwhite people, Muslims and others who they have identified as an enemy Other in American society.

Victimology. Despite all available evidence to the contrary, Republicans and other members of the right wing actually believe that they are the "real" victims in America. They imagine themselves to be persecuted and oppressed by "political correctness." They believe Democrats and liberals are destroying their "traditional" America. They believe that "minorities" and immigrants are "taking their jobs."

Republican leaders have played a key role in the victimology fantasy by telling their followers lies about "cancel culture" and spreading paranoid fictions about "the left," antifa and Black Lives Matter.

Moreover, public opinion and other research has repeatedly shown that even though white people retain control of the country's political, social and economic institutions, a significant percentage of white Americans (including most Trump voters) believe that they, rather than nonwhite people, are the true victims of racism in America.

The eroticization of women's pain and fear. Fascism is a masculine political imaginary that emphasizes violence, "virility" and dominance. This is true of authoritarianism more generally as well. While many men (and women) on the right find Alexandria Ocasio-Cortez's intelligence, personal strength, skin color and cultural background threatening (if not repulsive), they are also titillated and excited by her fear because in their minds it reaffirms (white) male dominance and power. This is almost the dynamic of the slasher film as applied to politics.

Victims are responsible for their own suffering. Conservative authoritarians are more likely to believe that people who are victims of assault, abuse or violence somehow deserve their own suffering. If Ocasio-Cortez or other Democrats (or disloyal Republicans) had been injured or killed in the Jan. 6 attack on the Capitol, far too many Republicans would have convinced themselves, consciously or otherwise, that somehow "they had it coming."

Hostile sexism and racism. Social scientists have shown that "hostile sexism" helps to explain Donald Trump's appeal for his voters and followers. White supremacy, racism and racial authoritarianism also strongly predict support for Trump and his movement (as well as for Republicans more generally). By speaking out forcefully about her experiences during the Jan. 6 attack, Ocasio-Cortez violated the norm that women, especially nonwhite women, must be silent in the face of white male authority.

The annihilation of emotion. Fascism in its various forms involves destroying the capacity for targeted groups (the enemy Other) to experience any emotions other than fear. Chronic fear in turn creates a state of learned helplessness and lack of resistance.

By comparison, except for fear and "weakness," the fascists (in this case, "conservatives" and Trumpist Republicans) are allowed a full range of emotions. This explains why Republicans and other members of the right can cry or become angry or even hysterical without negative professional or personal consequences.

For example, Supreme Court Justice Brett Kavanaugh cried during his confirmation hearing — and was praised for showing such "passion." Members of the right-wing propaganda media cry and rage all the time and it is taken as evidence of their "authenticity." Trump's movement is rooted in white rage and white irrationality. Those emotions won Trump the White House once — and almost did so a second time.

Democrats, liberals and progressives — especially women and nonwhite people — are generally not allowed such behavior within the boundaries of America's approved public discourse.

White women — or at least subservient conservative white women — are to be protected, admired, adored, and honored. A thought experiment: if Alexandria Ocasio-Cortez were a white Republican, and the Capitol had been overrun by "Democrats" or "liberals" in a lethal mob assault, the response from the same voices who are mocking and condemning her now would be entirely different. This alternate-reality version of Ocasio-Cortez would be a right-wing heroine.

Donald Trump is now being tried in the U.S. Senate for the crime of encouraging an insurrection and a lethal coup attack on the Capitol. In all likelihood, Republicans will not convict Trump despite the abundant evidence of his guilt. In fairness, why should they? Whatever their personal or aesthetic objections to Trump may be, they agree with Trump's policies, including the use of political terrorism and other forms of violence to win and keep power. In that context, the Age of Trump is best understood not as an aberration or derailment in the right wing's embrace of anti-democratic extremism but as part of a long campaign to radically remake American society.

As seen with the attacks on the humanity of Alexandria Ocasio-Cortez, the world the white right is trying to fully create is even more racist, white supremacist, woman-hating, pathological, anti-human and anti-democratic than this one.

In the America that exists today such values are increasingly rejected. Much of the white right wants to elevate those noxious values, because it sees them as virtues.

Ultimately, Donald Trump's second impeachment trial is much bigger than a decision about the crimes of one man — who happened to be the worst president in American history. It is a referendum on the future of American democracy.