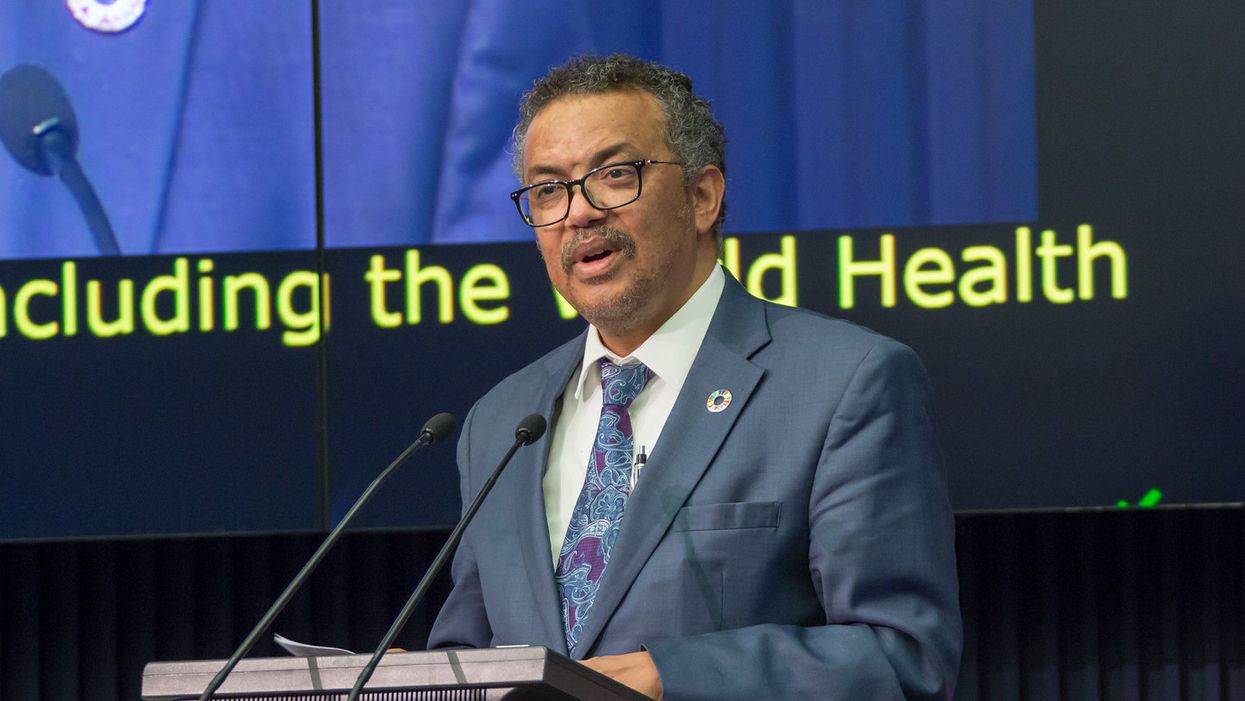 "I need to be blunt: the world is on the brink of a catastrophic moral failure—and the price of this failure will be paid with lives and livelihoods in the world's poorest countries."

That ominous warning comes from the head of the World Health Organization (WHO), who on Monday criticized wealthy countries and pharmaceutical companies for pursuing their own coronavirus vaccine arrangements, even though such a nationalistic and competitive approach to inoculation threatens to magnify deadly global inequalities while prolonging the Covid-19 pandemic and associated economic crisis.

"Even as they speak the language of equitable access, some countries and companies continue to prioritize bilateral deals—going around COVAX, driving up prices, and attempting to jump to the front of the queue," said WHO Director-General Tedros Adhanom Ghebreyesus, speaking from the United Nations headquarters in Geneva at the start of the WHO executive board's week-long virtual meeting. "This is wrong."

The WHO-backed COVAX program is an international and cooperative project aimed at ensuring that the inhabitants of poor countries receive vaccines. Tedros explained that while the U.N. health agency has secured 2 billion doses from five producers, with options on more than 1 billion additional doses, its effort to achieve a just distribution of doses could be undermined by vaccine nationalism and the pharmaceutical industry's attempt to maximize profits.

The leaders of poor countries are growing increasingly unsure about "whether COVAX will get the vaccines it needs, and whether high-income countries will keep the promises they have made," said Tedros, adding that "the promise of equitable access is at serious risk."

"Most manufacturers have prioritized regulatory approval in rich countries, where the profits are highest, rather than submitting full dossiers to WHO," Tedros continued. The WHO chief explained that inadequate information sharing by drug makers has impeded the agency's ability to greenlight more shots for emergency use, and called on vaccine producers to accelerate the approval process by providing "full data for regulatory review in real time."

Tedros noted that "just 25 doses have been given in one lowest-income country—not 25 million, not 25,000—just 25." The WHO chief contrasted that figure with the 39 million doses that had been allocated in 49 higher-income countries.

Alluding to "the mistakes of the HIV and H1N1 pandemics," previous manifestations of global health inequality, Tedros called the Covid-19 response "an opportunity to beat history; to write a different story."

Rich countries and pharmaceutical corporations teamed up to create 44 bilateral deals in 2020, and an additional 12 agreements have been signed so far this year, said Tedros. These side deals could postpone vaccine deliveries to poor countries "and create exactly the scenario COVAX was designed to avoid, with hoarding, a chaotic market, an uncoordinated response, and continued social and economic disruption."

Calling the rapid development of safe and effective coronavirus vaccines "a stunning scientific achievement, and a much-needed source of hope," Tedros said that "vaccines are the shot in the arm we all need, literally and figuratively."

"But we now face the real danger," he continued, "that even as vaccines bring hope to some, they become another brick in the wall of inequality between the world's haves and have-nots," especially given how the recent emergence of new coronavirus variants has intensified the demand for doses.

"Not only does this me-first approach leave the world's poorest and most vulnerable people at risk, it's also self-defeating," said Tedros. "Ultimately, these actions will only prolong the pandemic, the restrictions needed to contain it, and human and economic suffering."

Echoing critiques of "vaccine apartheid" and demands for a "people's vaccine," the WHO chief called on "all countries to work together in solidarity to ensure that within the first 100 days of this year, vaccination of health workers and older people is underway in all countries."

Tedros urged pharmaceutical companies to devote a larger share of their product to the COVAX supply, rather than prioritizing bilateral deals, and asked countries with bilateral contracts to "share their own doses with COVAX, especially once they have vaccinated their own health workers and older populations."

"There will be enough vaccine for everyone," Tedros noted. "But right now, we must work together as one global family to prioritize those most at risk of severe diseases and death, in all countries."