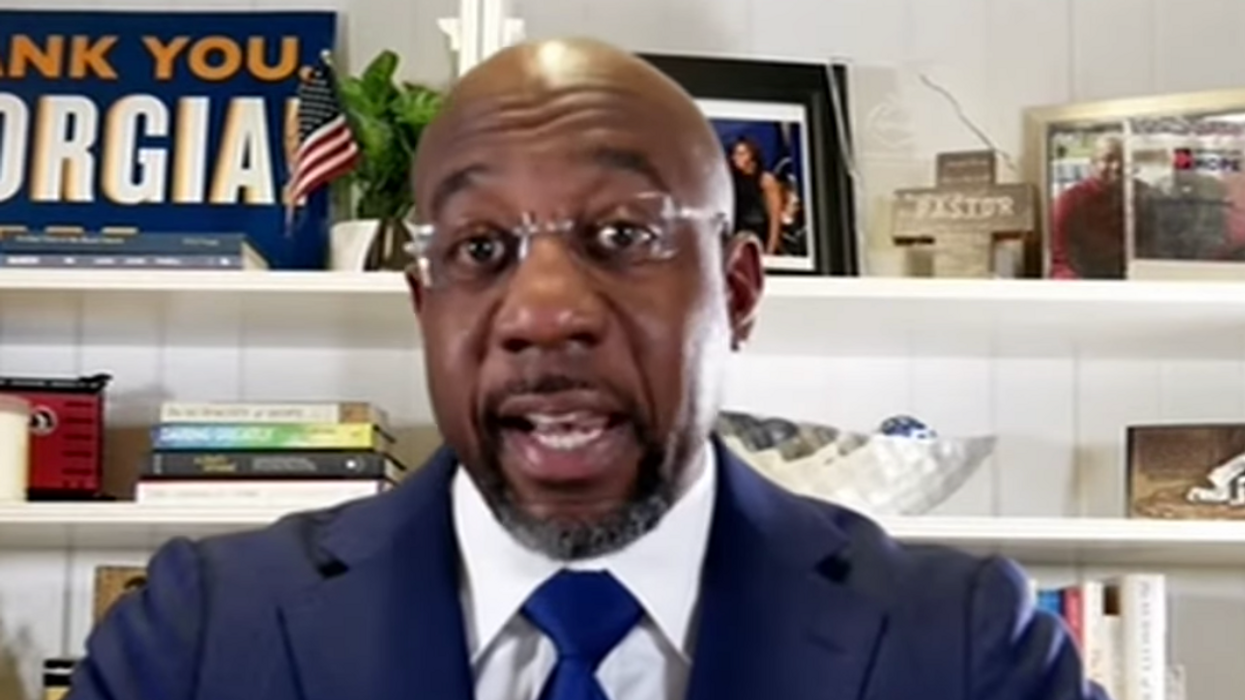 The Rev. Raphael Warnock is now Senator-elect Raphael Warnock. He is projected to defeat Sen. Kelly Loeffler in one of Georgia's two runoff elections.

Warnock, the pastor of the historic Ebenezer Baptist Church, will become Georgia's first Black senator. He kicked off the runoff campaign with one of the more memorable and effective ads in recent election cycles, and then followed it up with another one using the same themes, just as effective.

Loeffler was appointed to replace Sen. Johnny Isakson when he retired, so she cannot be said to have lost reelection. Rather, she failed ever to be elected—and she failed on the basis of a racist campaign in which she relentlessly pandered to Donald Trump and the worst of his base. In a last-ditch pander, Loeffler promised Monday night to join the Republicans objecting to the counting of electors from battleground states won by President-elect Joe Biden. (And after it became clear she was going to lose, late on Tuesday night she announced she was heading to Washington to follow through on that pledge.)

A Democrat won the presidential race in Georgia. A Black Democrat is going to the Senate from the state. Holy wow, and a big thank you to Stacey Abrams, Nse Ufot, and so many other tireless organizers.