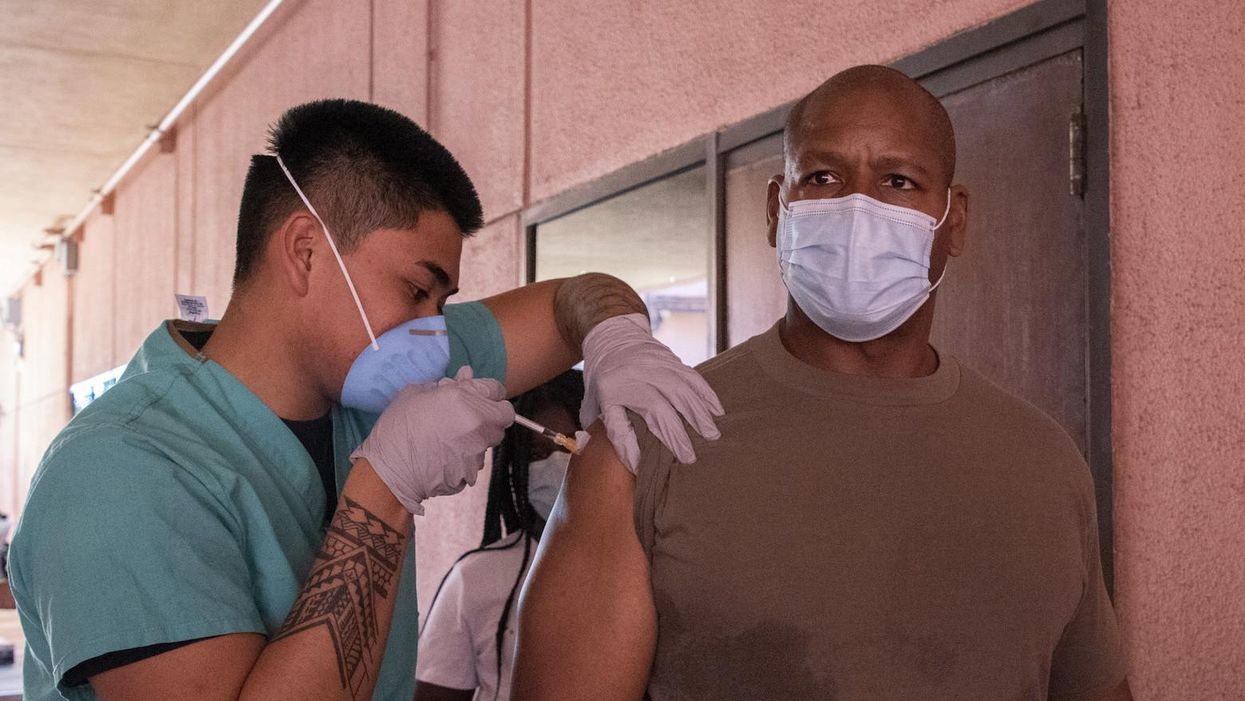 On the front end, Black Americans have been dying at a disproportionately high rate from Covid-19. On the back end, Black Americans have been receiving vaccination shots at a pace far below that of other groups. It's even more disturbing when you consider that some of the groups targeted early in the vaccination process—health care workers and other hospital personnel—are diverse, which should have translated into diverse distribution. It just underscores that the reality of race, how it is lived rather than talked about, is much more complex than many understand or want to acknowledge.

The elderly should be prioritized for vaccinations, particularly those in nursing homes, where covid has run rampant for months, because deaths are concentrated among the elderly. As we age, our bodies naturally become more susceptible to disease of all kinds. Everything being equal, covid is much more likely to ravish a 75-year-old body than a 25-year-old one. There's no real dispute about that. But thinking in terms of age alone will not solve the racial disparity in vaccination. More than that, it will guarantee that people who don't have to get sick and die will anyway.

The elderly are on average much whiter than other cohorts for a variety of reasons. White people make up about 77 percent of the 65-and-older population compared to being just below 60 percent of the population overall. While the racial life expectancy gap has narrowed and the elderly population is expected to greatly diversify by 2060, as of now Black people die younger for a variety of reasons that are linked to this country's ugly-racist history which continues affecting us. That's not a call to deprioritize the elderly and let old white people die, as some have cynically claimed. It's a reminder that there are multiple-significant factors at play and they all must be dealt with—including race. We don't have to choose between age and race and shouldn't; but neither should we pretend that focusing on age to the exclusion of everything else is the most humane or effective way to vaccinate the population against a once-in-a-century pandemic.

There are no perfect solutions for fighting this virus. It's impossible to protect every vulnerable person before vaccinating anyone who supposedly faces little to no risk. And individualism doesn't work when you are trying to corral an invisible virus in a population of 330 million people with a supply that isn't yet robust enough to serve everyone immediately. Still, it is becoming glaringly obvious that the racial disparities that have long plagued this country are hampering our vaccination efforts. Take Chicago, where the population is about one-third Black, one-third Latino, one-third White. In that city, 38 percent of the covid dead are Black—but only 15 percent of those vaccinated so far have been Black. Similar disparities can be found among the Latino population, while it is the reverse for Whites, who make up 20 percent of the residents but 53 percent of those who have already received a vaccine shot.

There has been passionate debate from many about the need to ignore race in this calculus. They deride any such discussion as "social justice" and "wokeness" run amok. Over the past several days, I tried to engage a few of them, asked what should be done about Black people being disproportionately hurt while being left behind by vaccination efforts. None of them had a good answer. The closest I came to receiving one was from Kmele Foster, a co-host of The Fifth Column podcast who recently had a much-discussed appearance on the Bill Maher show on HBO.

"Develop effective policy" was his initial response before suggesting any "moron" (he claims to have not been referring to me) should understand that focusing on the elderly, where most deaths are occurring, would automatically mean those dying disproportionately would be helped the most.

Except that his logic doesn't hold up. The elderly are whiter, meaning that focusing on age to the exclusion of other factors, like race, would only deepen the vaccination racial divide—which has precisely been happening. It's why Black people can be dying at disproportionate rates and still remain at the back of the proverbial line for the cure. How is that not immoral? How is it not an outrage?

This is where the push for colorblindness reveals a kind of bankruptcy. It has wonderful answers for academic exercises, thought experiments and debates, but no realistic ones for the messy reality that is race. What we face is too serious to accept that kind of status quo, which has once again rendered Black lives less valuable than others.