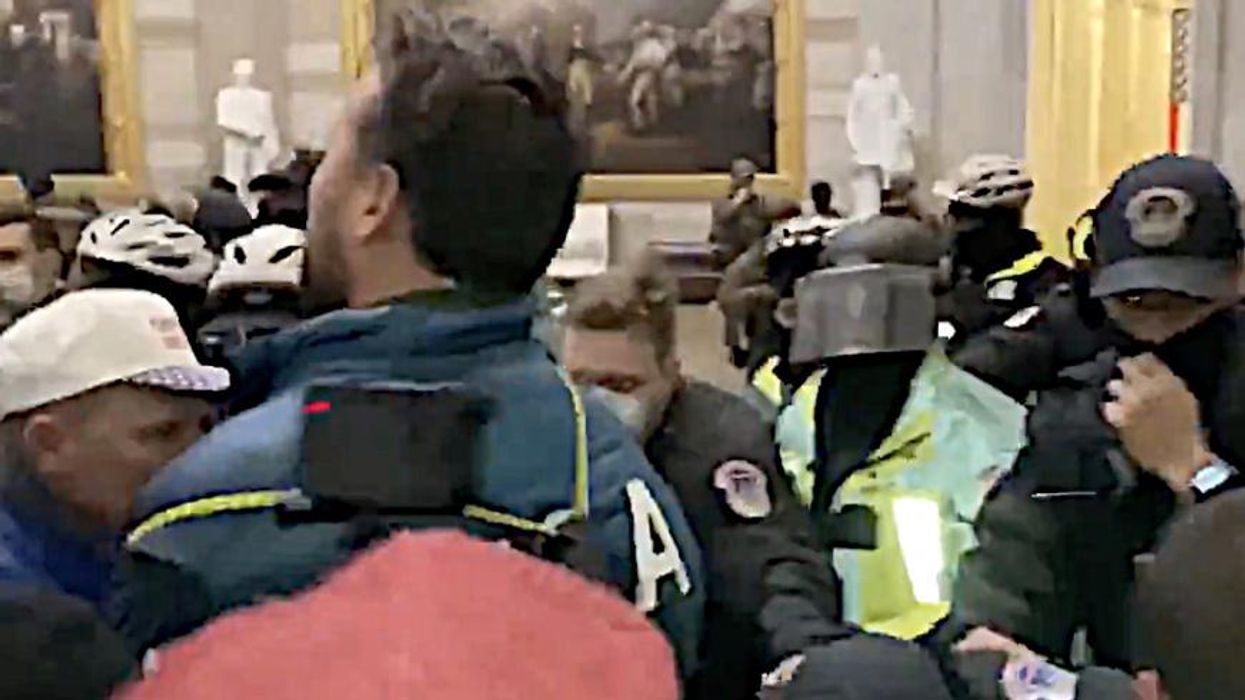 Two-time U.S. Gold medal winner Klete Keller has been charged with federal crimes after a dozen of his teammates identified the 6′ 6″ swimmer in a video of last week's insurrection at the Capitol.

The charges include obstructing law enforcement and disorderly conduct, according to The New York Times, but on Tuesday U.S. Attorney Michael Sherwin said those currently under arrest may see the charges increase. He has instructed his prosecutors to construct sedition and conspiracy cases. Keller's role and participation outside of the video, if any, are not currently known.

"Keller did little to hide his identity, entering the Capitol Rotunda wearing a Team U.S.A. jacket and with his face covering pulled down around his neck," the Times notes.

On social media many have called for Keller to be stripped of his medals – he has a total of five, including silver and bronze.

The video that includes images of Keller was posted online by a senior writer of the conservative website Townhall.

CBS News adds more images and the list of charges: