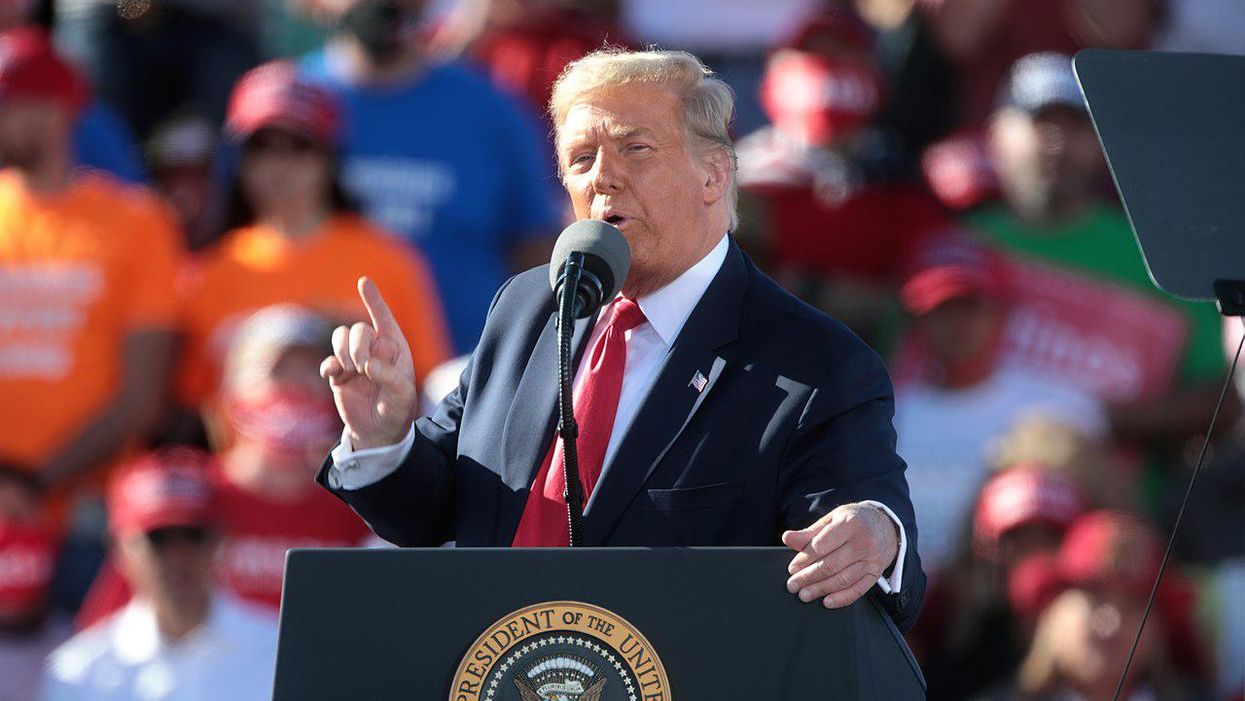 U.S. Attorney for the Northern District of Georgia Byung Pak resigned abruptly on Monday, according to Talking Points Memo and the Atlanta Journal-Constitution, as the state finds itself at the center of fierce debates over the 2020 election.

It's not uncommon for U.S. attorneys to resign near the end of an outgoing administration. But Pak, a Republican who was appointed to his position by President Donald Trump in 2017, has previously indicated "he would not leave until Inauguration Day," Talking Points Memo reported. This apparently abrupt departure, then, is likely to draw scrutiny.

It's especially noteworthy because Trump himself suddenly became the target of intense criticism when the Washington Post published a recording of his call with Georgia Secretary of State Brad Raffensperger over the weekend. In the call, Trump insisted he won the state, relying on a series of debunked and fictitious claims about supposed fraud and misconduct in the election that he claimed tilted the result in Biden's favor. Most egregiously, he told Raffensperger to "find" 11,780 votes, the number he believed he needed to flip the state and win its electoral votes. Trump even seemed to threaten Raffensperger when he suggested the secretary could face criminal penalties for his administration of the election.

Many observers, including top election law expert Rick Hasen, have suggested Trump could be prosecuted under federal and state law for this behavior. It is illegal to try to induce an election official to commit fraud.

There may be a mundane reason for Pak's departure. But the proximity to Trump's scandalous conduct suggests at least two possibilities. He may have left for reasons related to a possible investigation of the president for his behavior on the call and related actions, or he may have left because he was placed under similar pressure by the president or his proxies to find or invent allegations of wrongdoing in the Georgia election.

The more scandalous possibilities are also suggested by Trump's recent behavior toward the Justice Department. Trump made it clear he was not happy with former Attorney General Bill Barr's claims that federal investigators had found no evidence of fraud significant enough that it would have affected the result of the 2020 presidential election in any state. He has also reportedly been pushing for a special counsel to look into his allegations about the election. And since Barr himself abruptly left the Justice Department on Dec. 23 before Trump's term was officially concluded, to be replaced by acting Attorney General Jeffrey Rosen, it's unclear whether there's anyone left who would stand up to the president's demands.

Pak's office would not provide any additional details about his departure, the Atlanta Journal-Constitution reported.