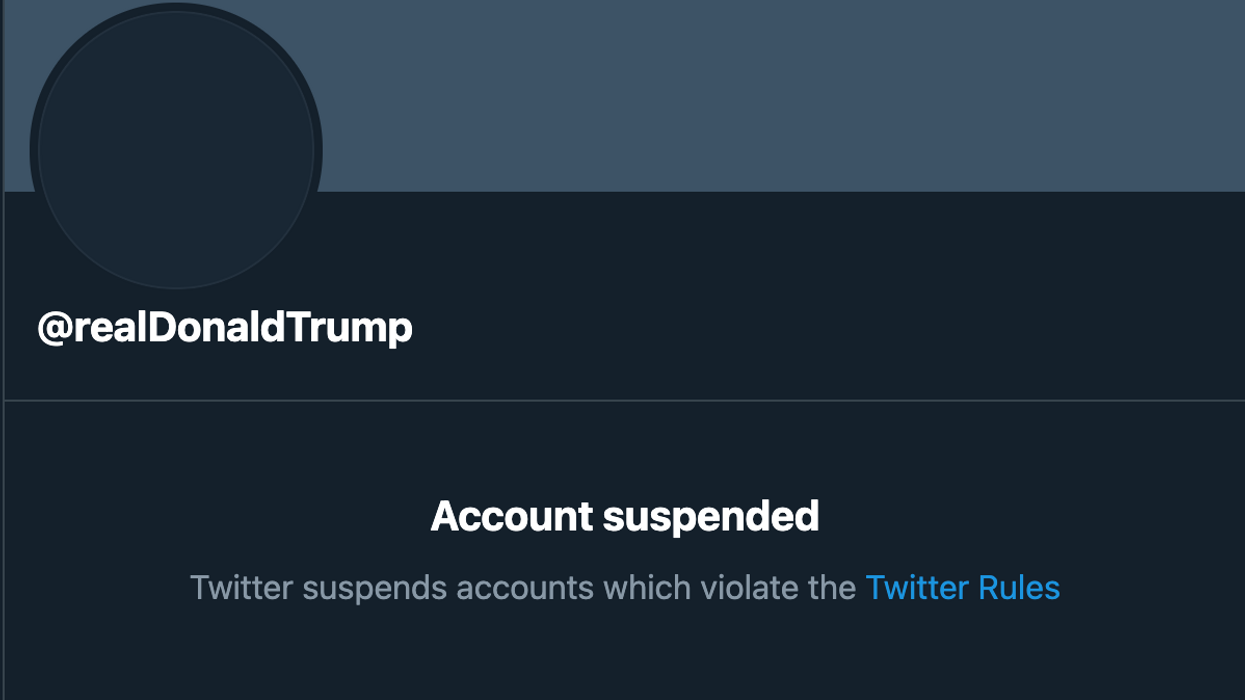 On Friday evening, Twitter finally suspended President Donald Trump from the platform he has cited as the reason for his political power and reach.

"After close review of recent Tweets from the @realDonaldTrump account and the context around them we have permanently suspended the account due to the risk of further incitement of violence," the company said in a statement. "In the context of horrific events this week, we made it clear on Wednesday that additional violations of the Twitter Rules would potentially result in this very course of action."

The social media company had temporarily suspended his account early in the week after he posted encouraging tweets during his supporters' siege on the U.S. Capitol, an attack that led to five reported deaths.

The Twitter statement continued: "Our public interest framework exists to enable the public to hear from elected officials and world leaders directly. It is built on a principle that the people have a right to hold power to account in the open. However, we made it clear going back years that these accounts are not above our rules and cannot use Twitter to incite violence. We will continue to be transparent around our policies and their enforcement."

Trump's use of Twitter has been highly scrutinized and criticized, even before his election and even by his allies. But despite frequent calls from crtiics for Trump to be banned, especially for promoting violence and election disinformation, the company had until now resisted the pleas.

The president had repeatedly credited the account for his influence.

"Tweeting is like a typewriter -- when I put it out, you put it immediately on your show," he said in a Fox Business interview. "I doubt I would be here if weren't for social media, to be honest with you."

He added: "When somebody, says something about me, I am able to go bing, bing, bing and I take care of it. The other way, I would never be get the word out."