'Could be a civil war': Trump supporters refuse to accept Biden will be president 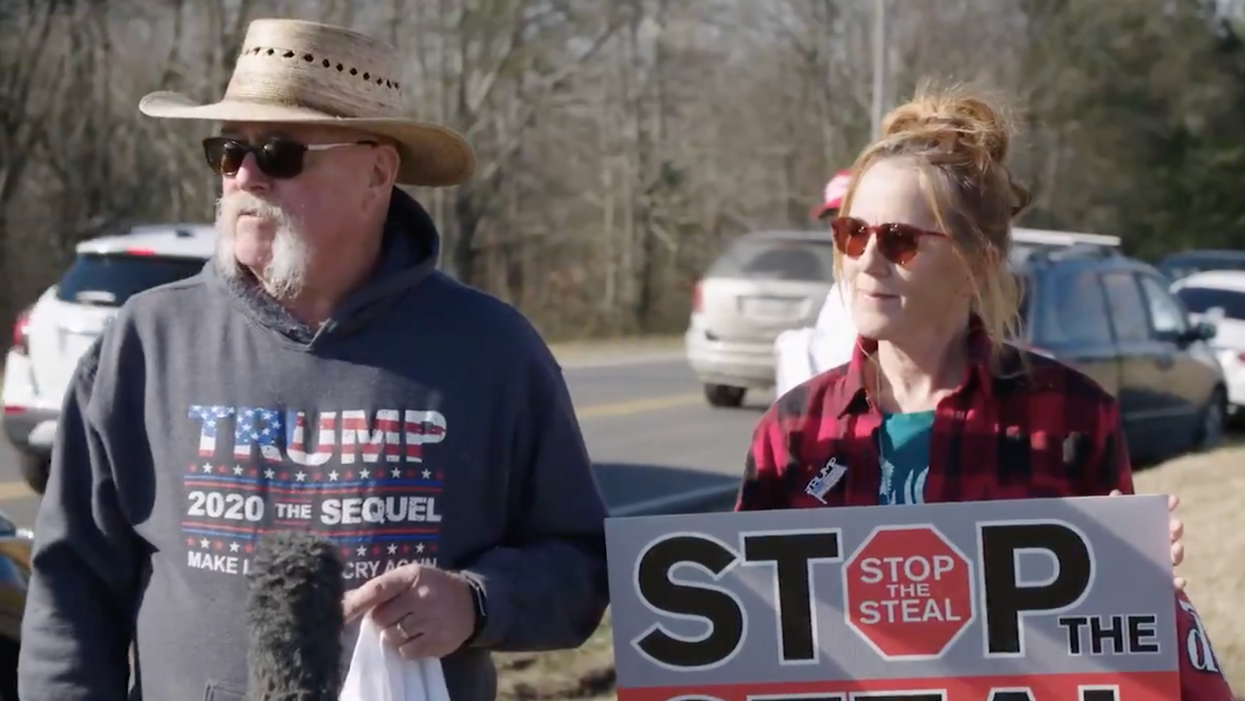 Some of President Donald Trump's supporters are refusing to accept that Joe Biden won the November 2020 election and will be inaugurated president on January 20, after listening to months of lies from Trump, the Trump campaign, and right wing media.

One maskless Republican interviewed by CNN (video below) said he would never accept Joe Biden as his president, but when pressed, went further – much further.

"No I don't," cried the man, wearing a "Trump 2020 The Sequel" sweatshirt that also read: "Make Liberals Cry Again."

"I mean, how could that change at this point?" O'Sullivan, somewhat exasperated, asked.

"There could be a civil war, you never know," claimed the devout Trump supporter, standing next to a woman with a "Stop the Steal" sign.

"You don't actually want a civil war, do you?" the reporter pressed.

"I don't," he claimed. "Show us the voting machines, show us the ballots. Show us that this was a fair election, or we'll never accept a vote again, ever," he threatened, pointing his finger in defiance.

It's unclear what that Trump supporter thinks he would do or find if he were actually presented with the voting machines and the ballots. Despite what he's heard on Fox News, OAN, or Newsmax, or read in right wing media or Facebook, the election was fair and all of the pro-Trump false claims have been thoroughly and repeatedly debunked.

Earlier in the segment one woman insisted "Trump is the next president," and another declared, "I'm going to the inauguration for Trump. I booked it before the election," while claiming she has faith "he's going to be elected."

Joe Biden won the election by a more than 7 million popular vote margin, with 306 Electoral College votes, which have been certified by all 50 states. Biden has won in more than 60 court challenges upheld by 90 judges across the country.