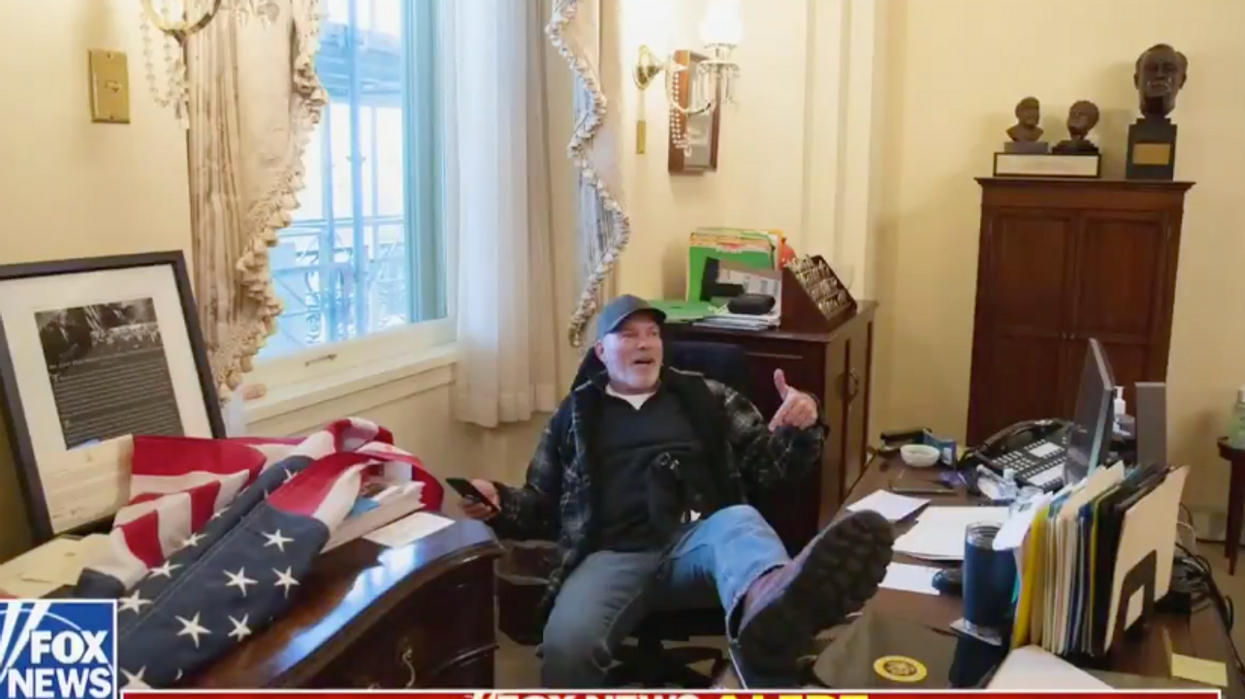 During Wednesday's insurrection at the U.S. Capitol, an image went viral of a man sitting behind a desk in Speaker Nancy Pelosi's office.

As the Trump supporter was not wearing a mask, he was recognized back home in Arkansas and interviewed by 5 News.

Barnett, nicknamed "Bigo," was asked if he was worried about federal charges.

"Am I scared? Hell no. But yeah, there's a possibility. I didn't do anything. I didn't breach the doors. I got shoved in. I didn't mean to be there. Hell. I was walking around looking for a bathroom," he argued.