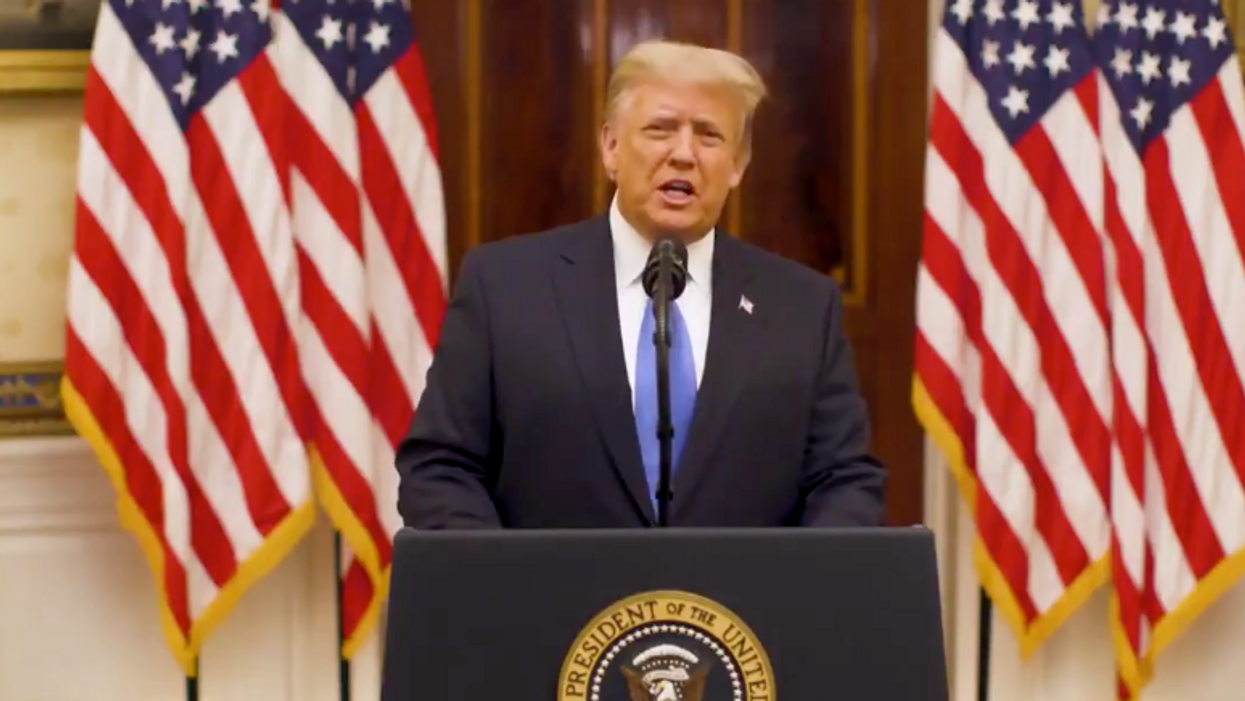 President Donald Trump was destroyed for his final remarks to the American people Wednesday morning, just before he boarded Air Force One for the very last time.

"Have a good life. We'll see you soon," Trump told America, after speaking for several minutes in off-the-cuff remarks CNN's Jake Tapper described as "puffery and lies." As Air Force One taxied for takeoff Tapper called it a "planeload of grievances and grudges."

Here's how some are responding to Trump's departing speech:

Like watching my first beheading video, I was amazed at every turn https://t.co/ODuUSUqqiq
— James Miller (@James Miller)1611150852.0

And he goes into the pages of history, played off stage by the sound of YMCA by The Village People a song about...(… https://t.co/scTsmCwdfp
— Keith Olbermann (@Keith Olbermann)1611150579.0