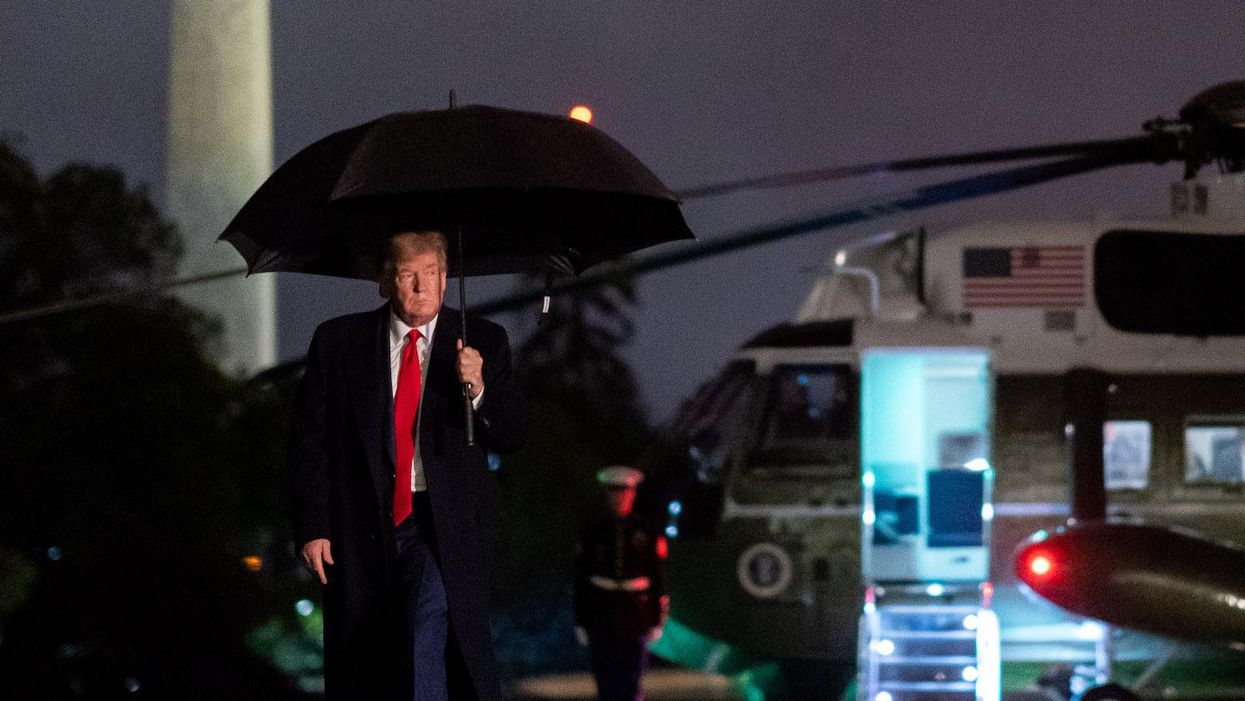 President Donald J. Trump carries an umbrella as he disembarks Marine One on the South Lawn of the White House Tuesday evening, May 5, 2020, returning from his trip to Phoenix. (Official White House Photo by Tia Dufour)
Alex Henderson
January 20, 2021

During former President Donald Trump's four years in the White House, conservative pundit Charlies Sykes was among his most consistently outspoken critics on the right. Sykes bluntly expressed his views on the end of Trump's presidency in an Inauguration Day column for the conservative website The Bulwark, declaring, "Goodbye and good riddance."

Sykes' column was published not long before Trump departed the White House, Joe Biden was sworn in as president and former Sen. Kamala Harris became the United States' first female vice president and its first Black vice president. Sykes, who was glad to see Biden defeat Trump in 2020, noted some of the ways in which Trump's presidency came to a terrible conclusion.

"This is it," Sykes wrote. "Trump's presidency ends at noon today, and he leaves defeated, disgraced and twice impeached. Let the pariah ex-presidency begin."

Trump, according to Sykes, did nothing to redeem himself during his final weeks in office. January 6, Sykes wrote, will be remembered for pro-Trump insurrectionists violently storming the U.S. Capitol Building. And Trump, Sykes pointed out, decided to leave the White House "in the swampiest way possible" by pardoning former White House Chief Strategist Steve Bannon — who was facing criminal fraud charges — on Tuesday.

Sykes included some biting humor in his column, noting that while President Bill Clinton "was ushered into office" by poet Maya Angelou in January 1993 and President Franklin Delano Roosevelt used the pop standard "Happy Days Are Here Again" for his 1932 campaign, a poem that should be associated with Trump is "The Snake."

Trump used the poem as a racist attack on immigrants, sending the message that they were inherently untrustworthy and dangerous. But the poem also always seemed to have a double-meaning as a warning about his own character.

And for Trump, who is not known for an interest in literature or the arts, the poem is all the more fitting.

"It's probably the only poem he knows by heart," Sykes wrote.